Five Finger Death Punch The Wrong Side of Heaven and the Righteous Side of Hell, Volume 1 [Deluxe Edition] (2-CD) 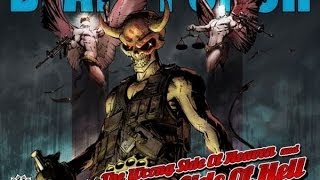 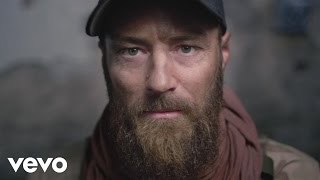 Personnel: Ivan Moody (vocals); Zoltan Bathory , Jason Hook (guitar); Jeremy Spencer (drums).
Audio Mixers: Kane Churko; Kevin Churko.
Recording information: C2 Production Studio, Woodland Hills, CA; Dexters Lab Recording, Milford, CT; The Hideout, Las Vegas, NV; The Jungle Studios, Scottsdale, AZ.
Photographer: Hristo Shindov.
With a title like, The Wrong Side of Heaven and the Righteous Side of Hell, Vol. 1, it would be easy to think that Five Finger Death Punch had gone off the deep end and decided to release a concept album. Fortunately, the only concept here is that the band went into the studio and felt like they were putting out too much good work to be contained on one album, so they opted to release two records in quick succession. Listening to the first installment, it's hard to argue with their logic. The opening salvo of their sprawling, two-volume work is an incredibly solid album of hard hitting alt-metal that finds the band on a (mostly) inspired run. The best moments are when the band pushes their sound to the limits of their capability for aggression. "Burn MF" and "Dot Your Eyes" both represent the most pit-worthy offerings here with chugging guitars and propulsive, pounding beats. The album also sports an impressive guest list, with metal legend Rob Halford dropping in on the opener, "Lift Me Up," as well as Max Cavalera and Jamey Jasta, who drop in on alternate versions of "I.M. Sin" and "Dot Your Eyes," respectively. The album's most surprising guest appearance comes by way of its biggest misstep, with rapper Tech N9ne dropping a verse on the band's cover of LL Cool J's "Mama Said Knock You Out." Although the song is executed nicely, a rap-metal song on an album in 2013 just feels like a step backward for the band. Given how solid the rest of this is, it's an easy mistake to overlook, and if the material on The Wrong Side of Heaven and the Righteous Side of Hell, Vol. 1 is any indicator, it's going to be a pretty good year for Five Finger Death Punch fans. ~ Gregory Heaney

Five Finger Death Punch
The Way of the Fist
$13.60
Add to Cart

Five Finger Death Punch
The Wrong Side of Heaven and the Righteous Side of Hell,... (CD)
$13.60
Add to Cart