A prospector is murdered by the Cactus Kid who is out to locate his victims goldmine in this classic Mascot serial starring Rin Tin Tin. 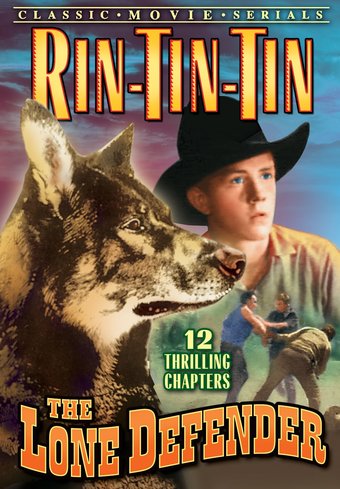 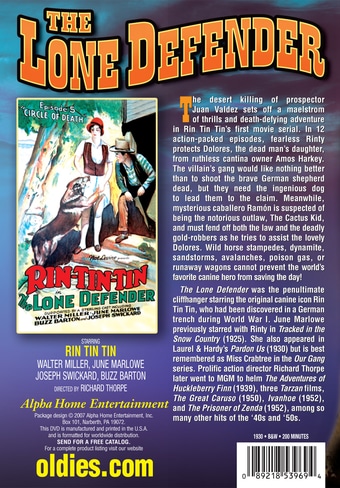 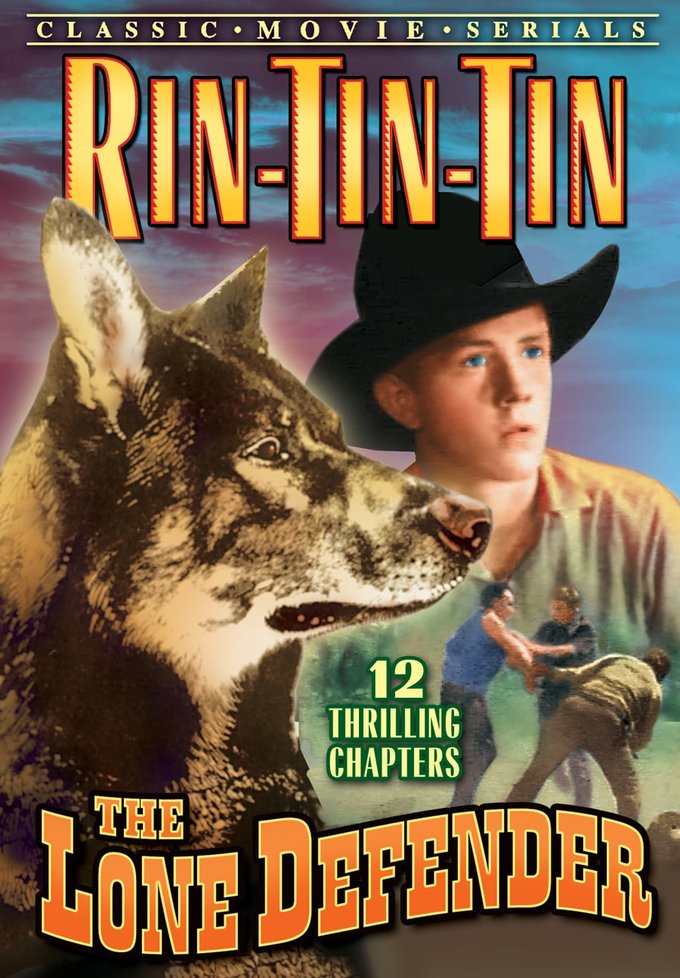 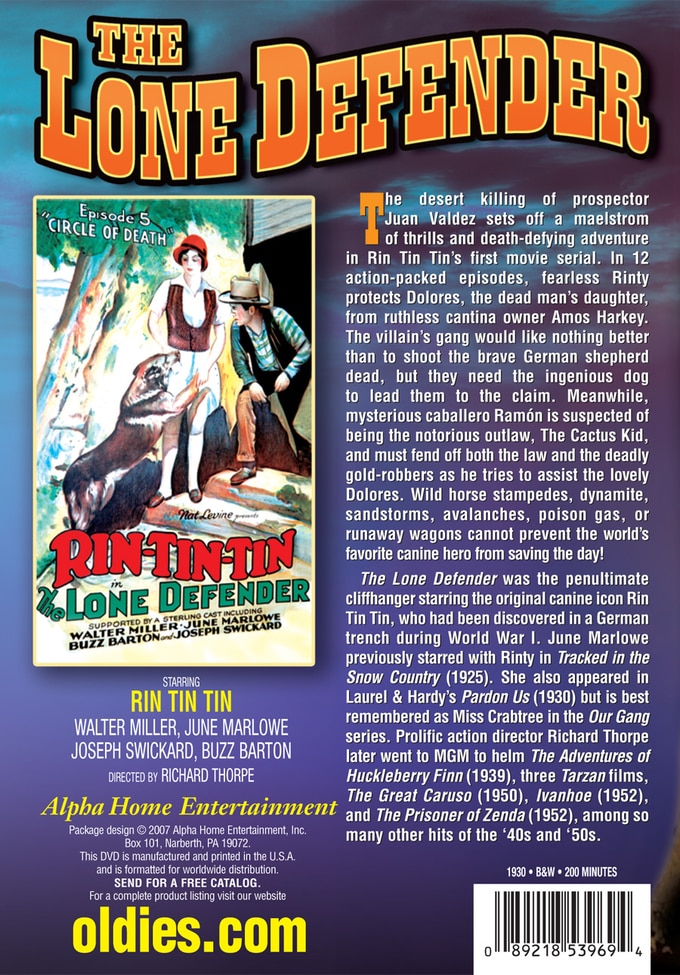 The desert killing of prospector Juan Valdez sets off a maelstrom of thrills and death-defying adventure in Rin Tin Tin's first movie serial. In 12 action-packed episodes, fearless Rinty protects Dolores, the dead man's daughter, from ruthless cantina owner Amos Harkey. The villain's gang would like nothing better than to shoot the brave German shepherd dead, but they need the ingenious dog to lead them to the claim. Meanwhile, mysterious caballero Ramon is suspected of being the notorious outlaw, The Cactus Kid, and must fend off both the law and the deadly gold-robbers as he tries to assist the lovely Dolores. Wild horse stampedes, dynamite, sandstorms, avalanches, poison gas, or runaway wagons cannot prevent the world's favorite canine hero from saving the day!

The Lone Defender was the penultimate cliffhanger starring the original canine icon Rin Tin Tin, who had been discovered in a German trench during World War I. June Marlowe previously starred with Rinty in Tracked in the Snow Country (1925). She also appeared in Laurel & Hardy's Pardon Us (1930) but is best remembered as Miss Crabtree in the Our Gang series. Prolific action director Richard Thorpe later went to MGM to helm The Adventures of Huckleberry Finn (1939), three Tarzan films, The Great Caruso (1950), Ivanhoe (1952), and The Prisoner of Zenda (1952), among so many other hits of the '40s and '50s.

Action | Adventure | Serial
This product is made-on-demand by the manufacturer using DVD-R recordable media. Almost all DVD players can play DVD-Rs (except for some older models made before 2000) - please consult your owner's manual for formats compatible with your player. These DVD-Rs may not play on all computers or DVD player/recorders. To address this, the manufacturer recommends viewing this product on a DVD player that does not have recording capability.


If you like real old westerns and serials,this ones for you. Lots of action and more trap doors than the Winchester mansion