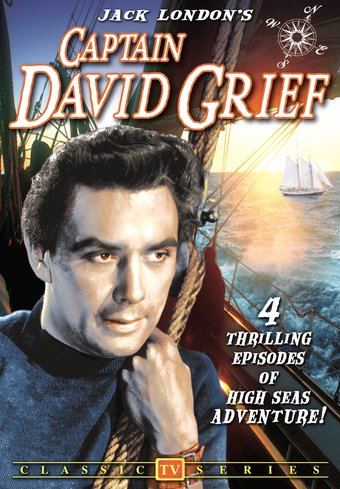 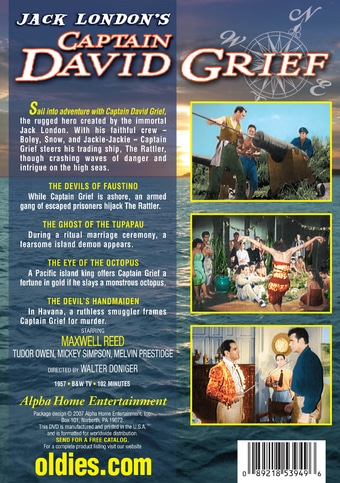 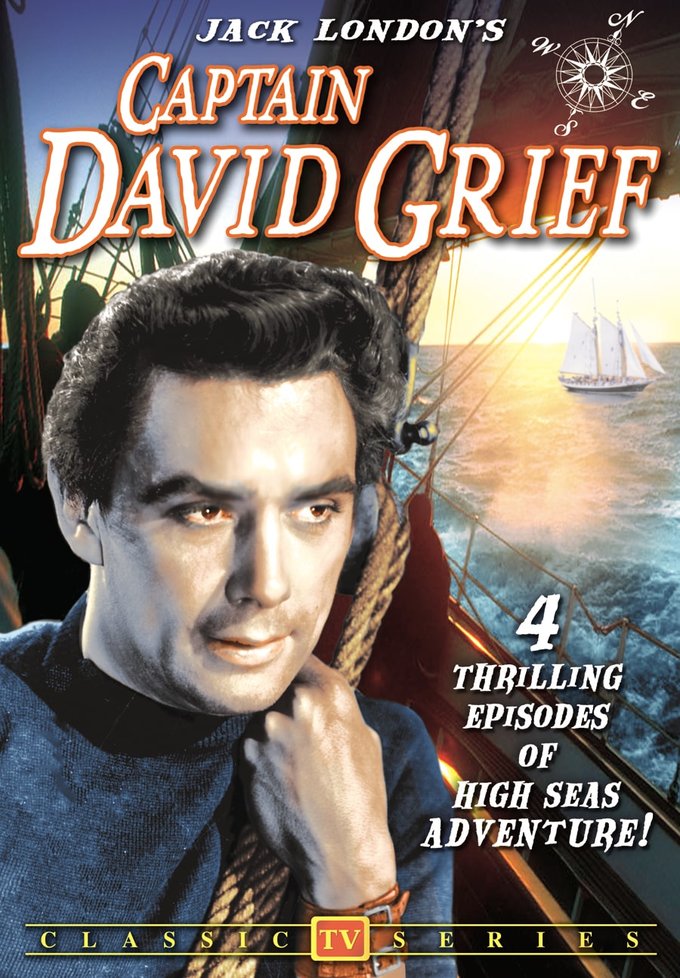 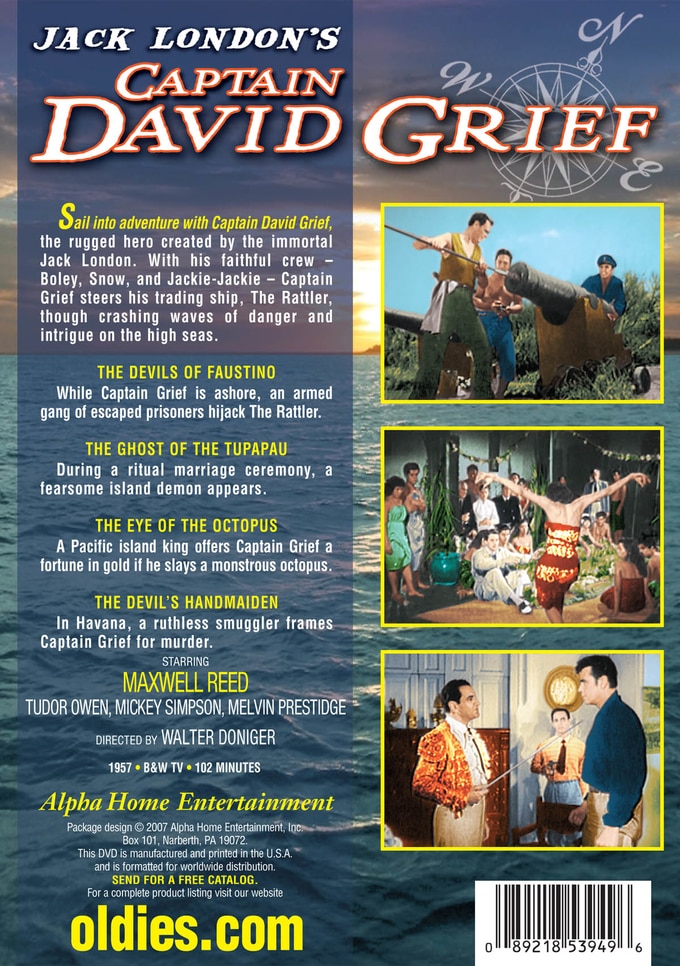 Sail into adventure with Captain David Grief, the rugged hero created by the immortal Jack London. With his faithful crew - Boley, Snow, and Jackie-Jackie - Captain Grief steers his trading ship, The Rattler, though crashing waves of danger and intrigue on the high seas.

The Devils Of Faustino: While Captain Grief is ashore, an armed gang of escaped prisoners hijack The Rattler.

The Ghost Of The Tupapau: During a ritual marriage ceremony, a fearsome island demon appears.

The Eye Of The Octopus: A Pacific island king offers Captain Grief a fortune in gold if he slays a monstrous octopus.

The Devil's Handmaiden: In Havana, a ruthless smuggler frames Captain Grief for murder.