Rolling Stone: 3.5 out of 5 stars - "...An unpolished collection of thirteen demos sung and strummmed exclusively by the ex-Fugee....this tender renegade purposefully does what she's gotta do to keep her music sacred..." 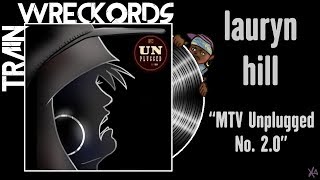 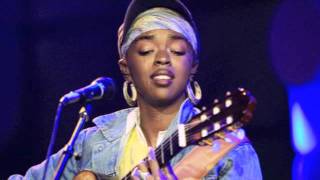 2 LP Pressing on 140 Gram Vinyl. Lauryn Hill is best known for being a member of The Fugees and for her critically acclaimed solo album The Miseducation of Lauryn Hill, which won numerous awards, broke several sales records and was listed by Rolling Stone as one of the greatest albums of all time. The acoustic MTV Unplugged No. 2.0 double album from Lauryn Hill came nearly 4 years after her first solo album and gives an insight into her deeper thoughts and emotions about her life, artistry, the judicial system (in 'Mystery Of Iniquity') and spiritual side. Lengthy intros, conversations and deeply personal songs like 'Conquering Lion' accompanied with her acoustic guitar, with the audience add to the intimate performance in her typical raspy voice.