Smurfs 2: Music From and Inspired By
by Various Artists 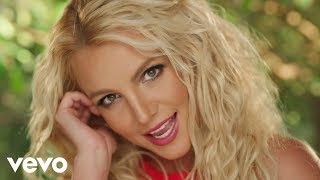 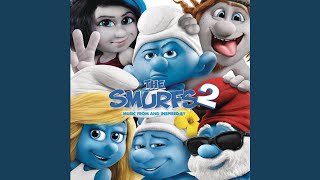 Live It Up (Music Video)

Pop icon Britney Spears' new single "Ooh La La" will be featured on the soundtrack for Columbia Pictures/Sony Pictures Animation s highly-anticipated family comedy The SmurfsTM 2 entitled, The SmurfsTM 2 (Music From and Inspired by), which will be released on July 23rd.

In The SmurfsTM 2, the sequel to Columbia Pictures/Sony Pictures Animation's hybrid live action/animated family blockbuster comedy The Smurfs, the evil wizard Gargamel creates a couple of mischievous Smurf-like creatures called the Naughties that he hopes will let him harness the all-powerful, magical Smurf-essence. But when he discovers that only a real Smurf can give him what he wants, and only a secret spell that Smurfette knows can turn the Naughties into real Smurfs, Gargamel kidnaps Smurfette and brings her to Paris, where he has been winning the adoration of millions as the world's greatest sorcerer. It's up to Papa, Clumsy, Grouchy, and Vanity to return to our time, reunite with their human friends Patrick and Grace Winslow, and rescue her! Will Smurfette, who has always felt different from the other Smurfs, find a new connection with the Naughties Vexy and Hackus or will the Smurfs convince her that their love for her is True Blue? The film is directed by Raja Gosnell and produced by Jordan Kerner. The screenplay is by J. David Stem & David N. Weiss and Jay Scherick & David Ronn and Karey Kirkpatrick with a story by J. David Stem & David N. Weiss & Jay Scherick & David Ronn, Based on the Characters and Works of Peyo.

The Smurfs 2, the sequel to the hit hybrid live action/animated film that took in over $560 million at the worldwide box office in 2011, is set to hit theaters on July 31, 2013.

20%off
The Smurfs: Smurftastic Journey
$8 Super Savings
Add to Cart