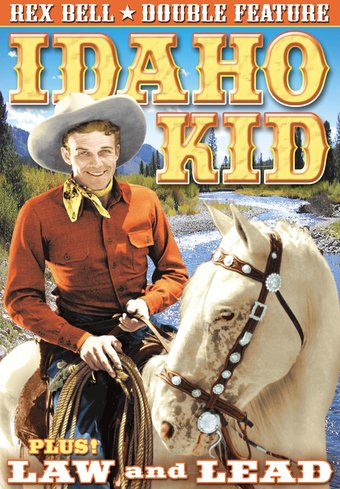 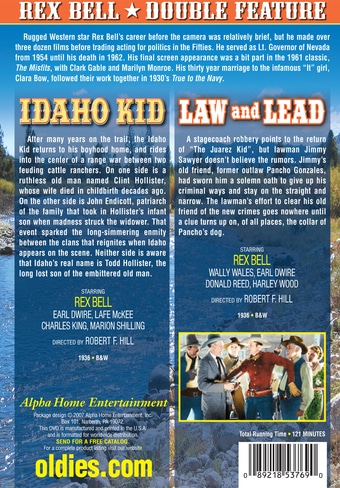 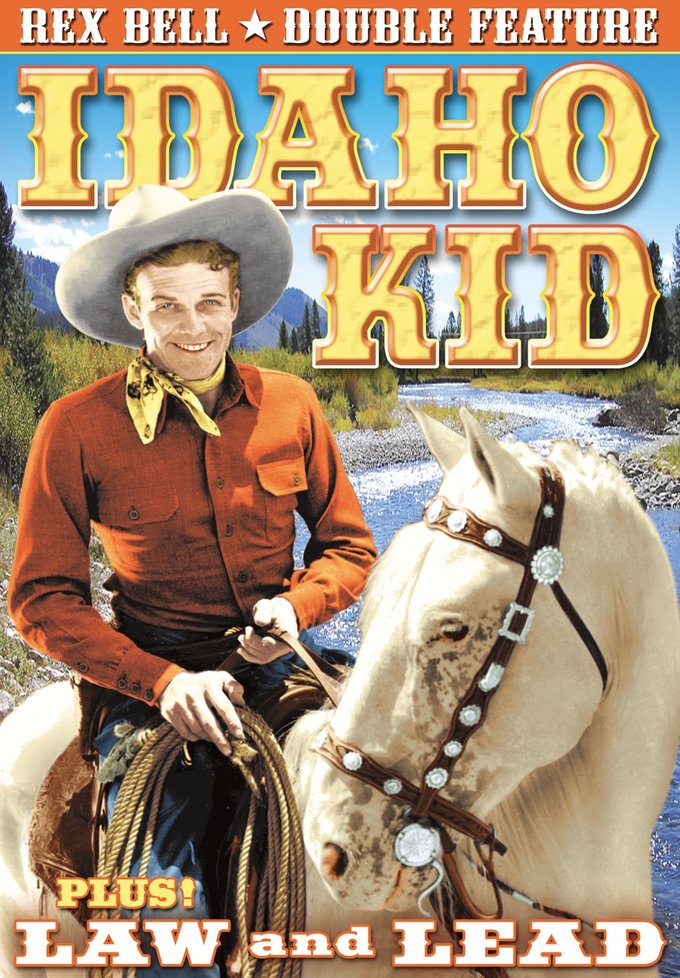 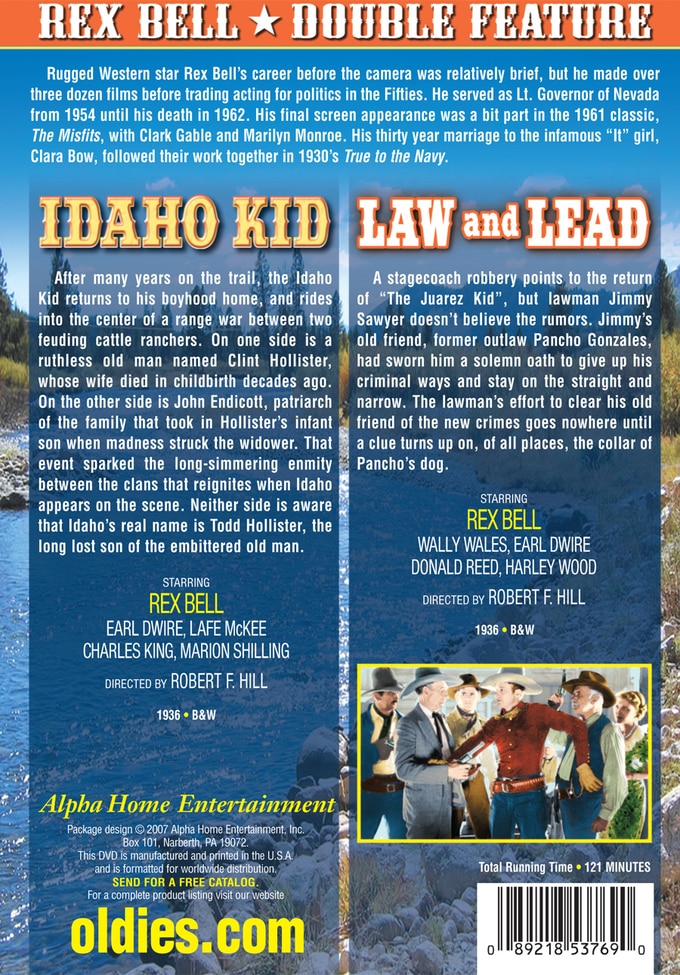 Idaho Kid (1936, B&W): After many years on the trail, the Idaho Kid returns to his boyhood home, and rides into the center of a range war between two feuding cattle ranchers. On one side is a ruthless old man named Clint Hollister, whose wife died in childbirth decades ago. On the other side is John Endicott, patriarch of the family that took in Hollister's infant son when madness struck the widower. That event sparked the long-simmering enmity between the clans that reignites when Idaho appears on the scene. Neither side is aware that Idaho's real name is Todd Hollister, the long lost son of the embittered old man.

Law And Lead (1936, B&W): A stagecoach robbery points to the return of "The Juarez Kid", but lawman Jimmy Sawyer doesn't believe the rumors. Jimmy's old friend, former outlaw Pancho Gonzales, had sworn him a solemn oath to give up his criminal ways and stay on the straight and narrow. The lawman's effort to clear his old friend of the new crimes goes nowhere until a clue turns up on, of all places, the collar of Pancho's dog.