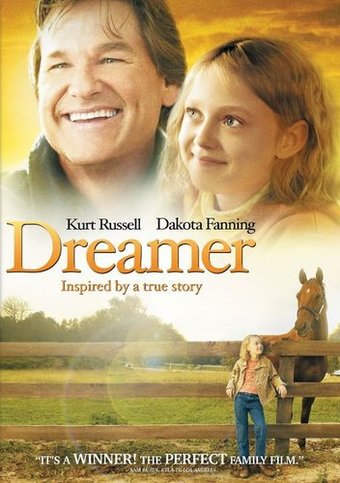 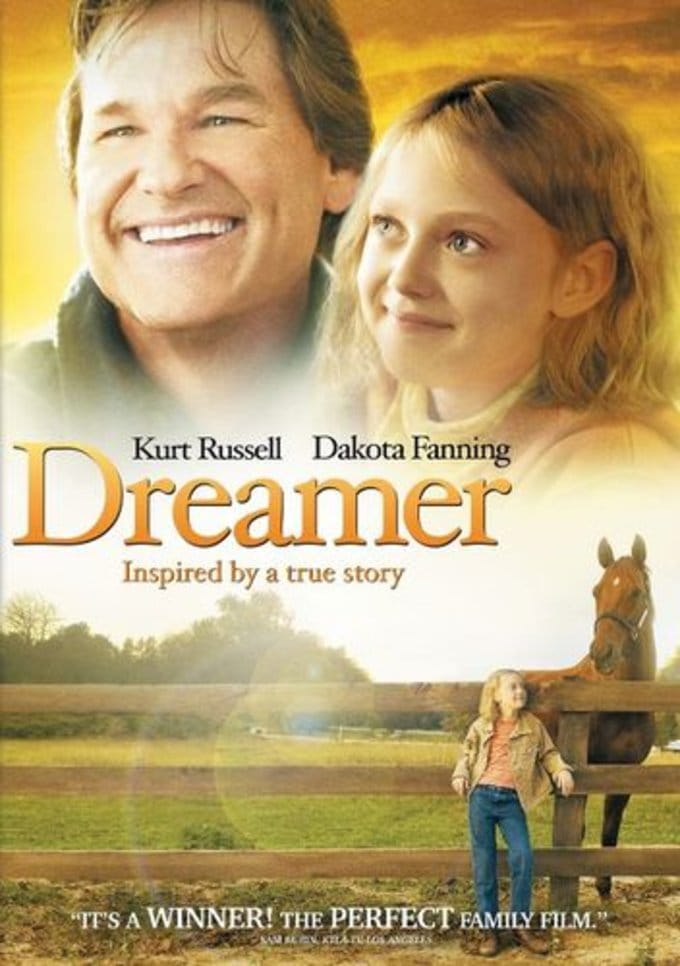 Featuring plucky Dakota Fanning as the catalyst behind an injured horse's comeback attempt to win the prized Breeder's Cup, DREAMER recalls Walt Disney's family-friendly films from another era, such as THE COMPUTER WORE TENNIS SHOES and THAT DARN CAT! Sonador, nicknamed Sonya, is a great horse owned by a small man, who after a severe injury gives the horse to trainer Ben Crane (Kurt Russell). Once a great trainer, Ben has become a shell of his former self, suffering both professional and personal strife, including a rocky relationship with his father (Kris Kristofferson). It seems that both Sonya and Ben are headed for the end of their careers, unless Ben's daughter Cale (Fanning) can provide them with enough faith in their abilities to heal their wounds and bring them to victory.

DREAMER takes its inspiration from the true story of the horse Mariah's Storm, a favorite for the 1993 Breeder's Cup until she suffered what would normally be a career-ending injury. However, her owners and trainers persevered, and the horse went on to win a number of significant races, including an upset at the 1995 Breeder's Cup. A moving score by composer John Debney (SPY KIDS, THE PRINCESS DIARIES) enhances the drama and creates a lasting impression, making this a certain family classic.