A house is suddenly sucked into a time warp that transports it back to prehistoric times / A rocket crew must stop enemy agents who have invented a doomsday machine capable of destroying the Earth. 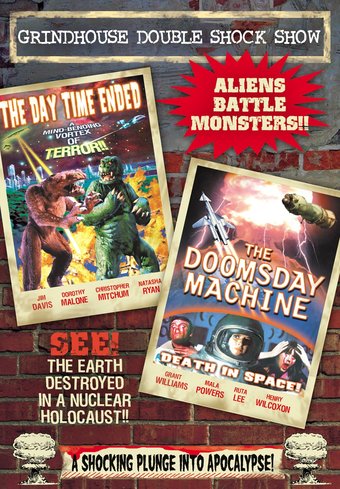 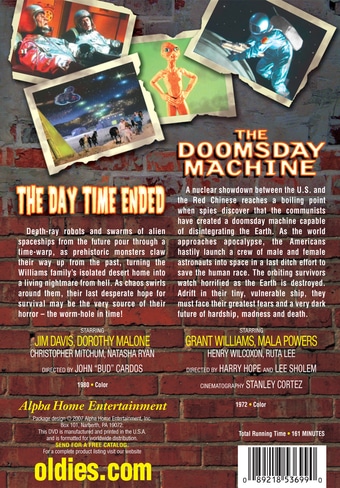 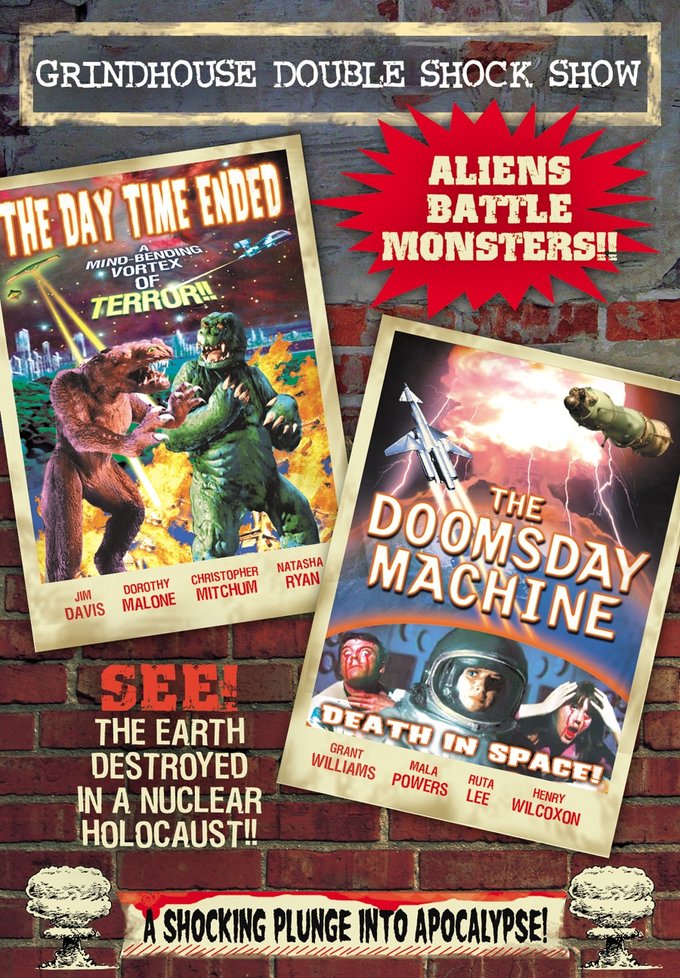 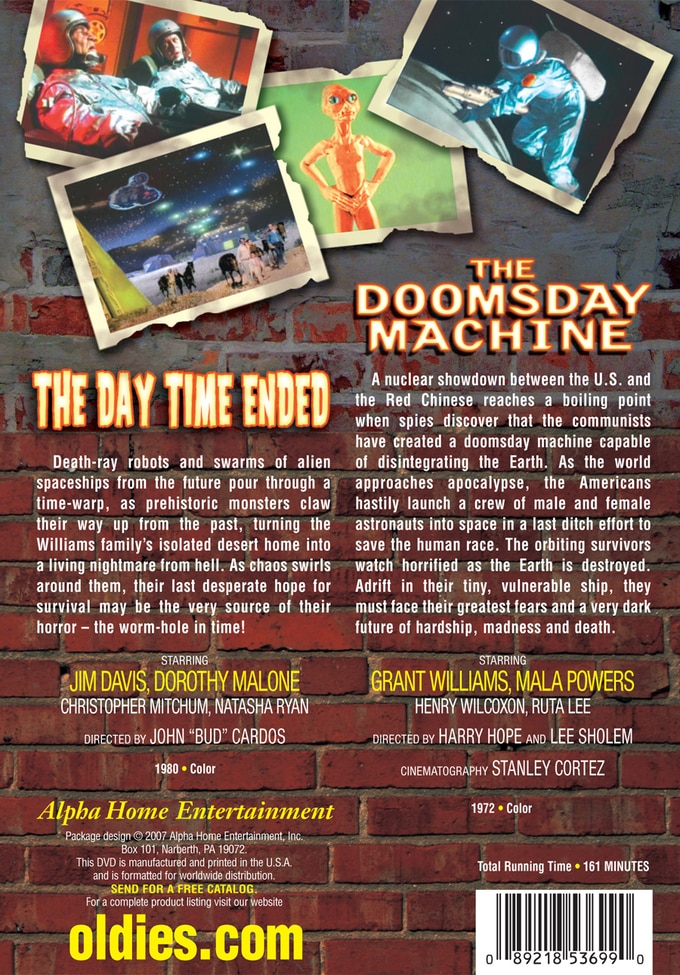 The Day Time Ended (1980, Color): Death-ray robots and swarms of alien spaceships from the future pour through a time-warp, as prehistoric monsters claw their way up from the past, turning the Williams family's isolated desert home into a living nightmare from hell. As chaos swirls around them, their last desperate hope for survival may be the very source of their horror - the worm-hole in time!

The Doomsday Machine (1972, Color): A nuclear showdown between the U.S. and the Red Chinese reaches a boiling point when spies discover that the communists have created a doomsday machine capable of disintegrating the Earth. As the world approaches apocalypse, the Americans hastily launch a crew of male and female astronauts into space in a last ditch effort to save the human race. The orbiting survivors watch horrified as the Earth is destroyed. Adrift in their tiny, vulnerable ship, they must face their greatest fears and a very dark future of hardship, madness and death.

Aliens | Monsters | Science-Fiction | Battles
This product is made-on-demand by the manufacturer using DVD-R recordable media. Almost all DVD players can play DVD-Rs (except for some older models made before 2000) - please consult your owner's manual for formats compatible with your player. These DVD-Rs may not play on all computers or DVD player/recorders. To address this, the manufacturer recommends viewing this product on a DVD player that does not have recording capability.

25%off
Grindhouse Double Shock Show - The Demon / Monster of Blood
$5.95 on Sale
Add to Cart

War Of The Robots
$8.70 Super Savings
Add to Cart