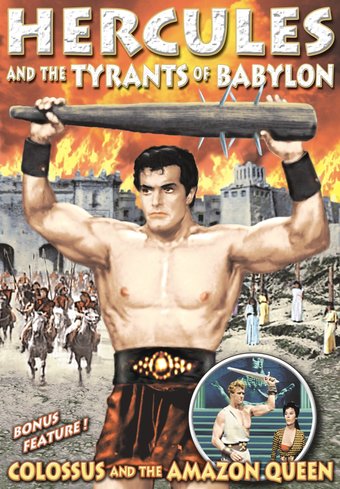 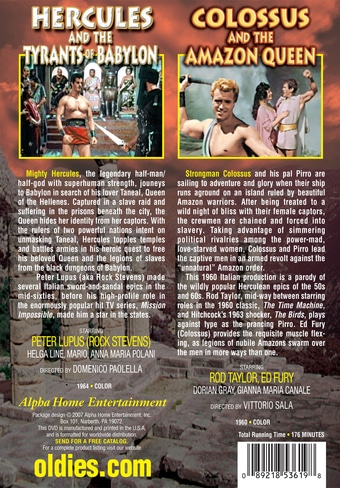 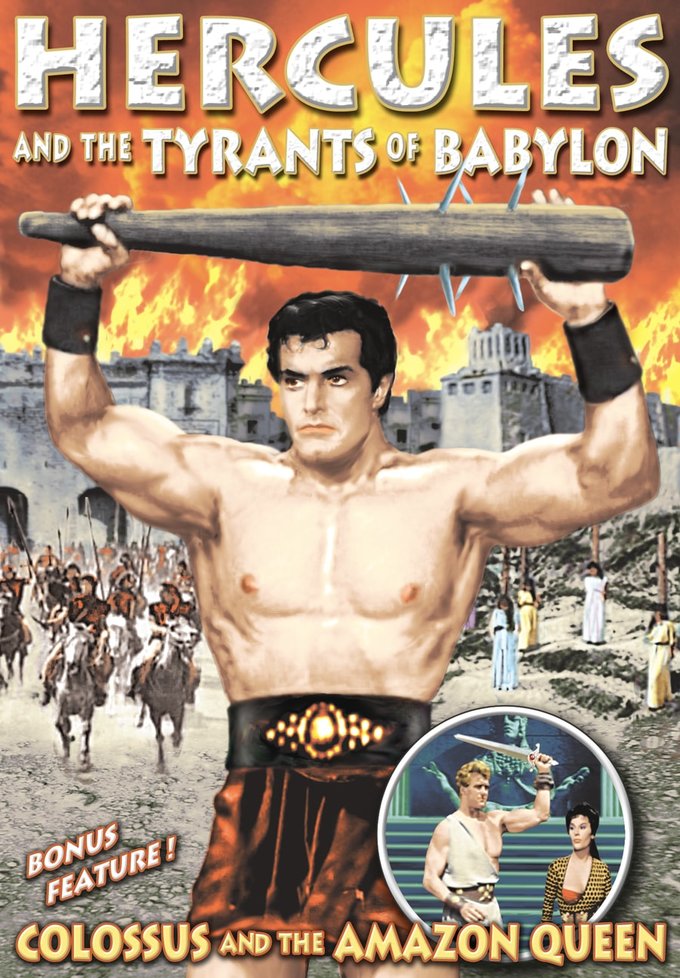 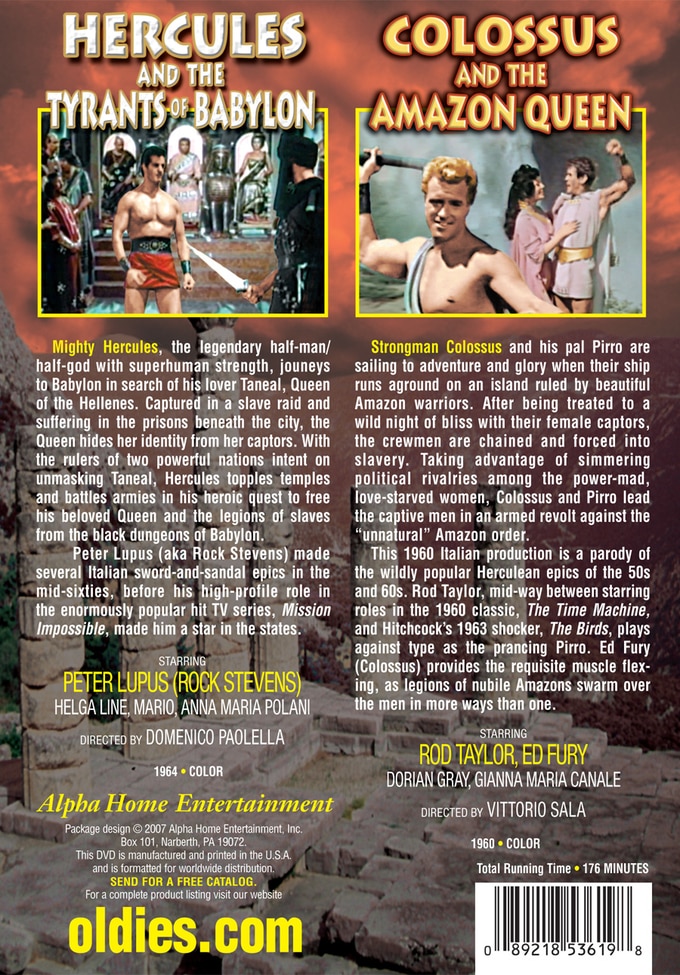 Hercules and the Tyrants of Babylon (1964, Color): Mighty Hercules, the legendary half-man/ half-god with superhuman strength, journeys to Babylon in search of his lover Taneal, Queen of the Hellenes. Captured in a slave raid and suffering in the prisons beneath the city, the Queen hides her identity from her captors. With the rulers of two powerful nations intent on unmasking Taneal, Hercules topples temples and battles armies in his heroic quest to free his beloved Queen and the legions of slaves from the black dungeons of Babylon.

Peter Lupus (aka Rock Stevens) made several Italian sword-and-sandal epics in the mid-sixties, before his high-profile role in the enormously popular hit TV series, "Mission Impossible", made him a star in the states.

Colossus and the Amazon Queen (1960, Color): Strongman Colossus and his pal Pirro are sailing to adventure and glory when their ship runs aground on an island ruled by beautiful Amazon warriors. After being treated to a wild night of bliss with their female captors, the crewmen are chained and forced into slavery. Taking advantage of simmering political rivalries among the power-mad, love-starved women, Colossus and Pirro lead the captive men in an armed revolt against the "unnatural" Amazon order.

This 1960 Italian production is a parody of the wildly popular Herculean epics of the 50s and 60s. Rod Taylor, mid-way between starring roles in the 1960 classic, The Time Machine, and Hitchcock's 1963 shocker, The Birds, plays against type as the prancing Pirro. Ed Fury (Colossus) provides the requisite muscle flexing, as legions of nubile Amazons swarm over the men in more ways than one.