Bad Religion Against the Grain

Kerrang (Magazine): "[H]ome to a slicker, more polished output from a band in their prime, boasting a host of classic tracks to prove it." 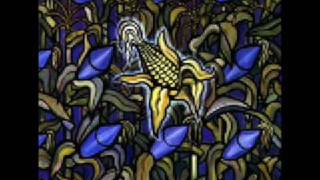 (Jan.-Feb./91) - "Aside from the corny cover, Bad Religion waste no time or effort as 'Against The Grain' is screechingly released hot on the heels of last years punk hit 'No Control' which sold so many copies, why not keep the formula untouched?...as much as I like to ignore such a massively accepted 'punk' record, the exuberance of this release is kinda tuff ta' blow off."
Kerrang (Magazine) - p.52
"[H]ome to a slicker, more polished output from a band in their prime, boasting a host of classic tracks to prove it."

Bad Religion: Greg Graffin (vocals); Mr. Brett (guitar, horns, background vocals); Greg Hetson (guitar); Jay Bentley (bass, background vocals); Peter Finestone (percussion).
Additional personnel: Keith Morris (background vocals).
Recorded at Westbeach Recorders, Hollywood, California in May 1990.
For a period during late '80s and early '90s there was both good news and bad news for fans of punk stalwarts Bad Religion. The bad news was that the band kept putting out the same album over and over again; the good news was that the album was fantastic. AGAINST THE GRAIN, like its predecessors NO CONTROL and SUFFER, is arguably a punk masterpiece. It showcases a band at the top of its game, bursting with punk hooks, intricate multi-syllabic lyrics and the trademark upper and lower register backing vocals that set Bad Religion apart from mere imitators.
A true classic from "Modern Man," to "Faith Alone," to "Misery and Famine," AGAINST THE GRAIN never for a moment slows its pace or intensity. The band still performed most of this record live a decade down the line, and both "Entropy" and the title track remained firm fan favorites. "Twenty-First Century Digital Boy" was later (less successfully) re-recorded for the band's major label debut STRANGER THAN FICTION.

Bad Religion
How Could Hell Be Any Worse? [Bonus Tracks]
$11.80 CD Sale
Add to Cart