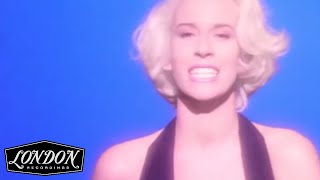 Bananarama - I Want You Back (OFFICIAL MUSIC VIDEO) 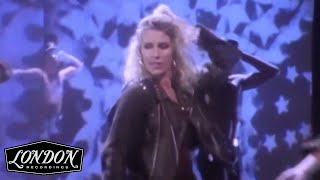 Bananarama followed up their hit-laden True Confessions, which spawned their international chart-topping version of "Venus," with 1987's Wow! True Confessions witnessed the emerging role of Stock, Aitken & Waterman as the trio's producers -- Wow! was wholly assembled by the hitmaking team, which was also responsible for hits by Rick Astley, Kylie Minogue, Dead or Alive, Donna Summer, and countless others. This album is, therefore, a straightforward 1980s dance set, with several songs that went on to become international hits. The only track from this set to make the U.S. Top Ten was "I Heard a Rumour," a sassy, joyous single just as infectious today as when first released. Also included is the sleek, lip-smackin' disco hit "I Can't Help It," the engaging, European chart-topper "Love in the First Degree," the single "I Want You Back," and an extended mix of their version of the Supremes' "Nathan Jones." Some of the non-hits pale in comparison to the singles, among those the dated, 12" version of "Some Girls"; the 12" version of "Strike It Rich," which, at some points, resembles an inferior version of "I Can't Help It"; and "Bad for Me," which unintentionally highlights the trio's vocal limitations. Nonetheless, the singles were quite intoxicating, and this hard-to-find set is sure to please fans of Bananarama, or any fans of the Stock, Aitken & Waterman sound, which ruled the airwaves and nightclubs in the mid- to late '80s. ~ Jose F. Promis

83%off
Club Latino; Ultimate Trance Versions Of The Greatest...
99¢ on Sale
Add to Cart