Be Bop Boogie
by Various Artists 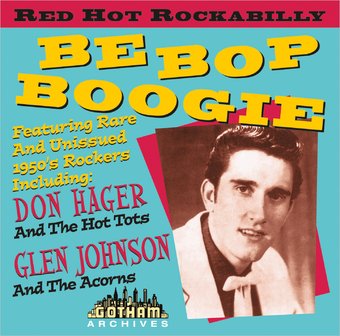 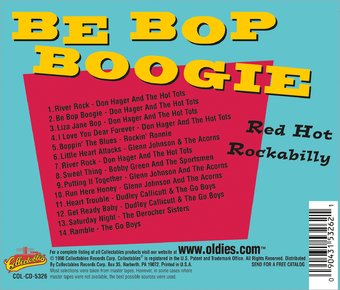 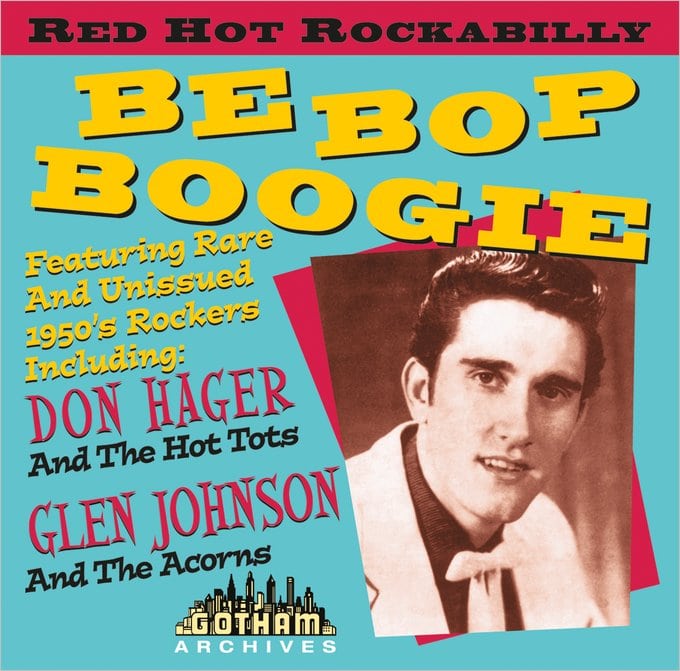 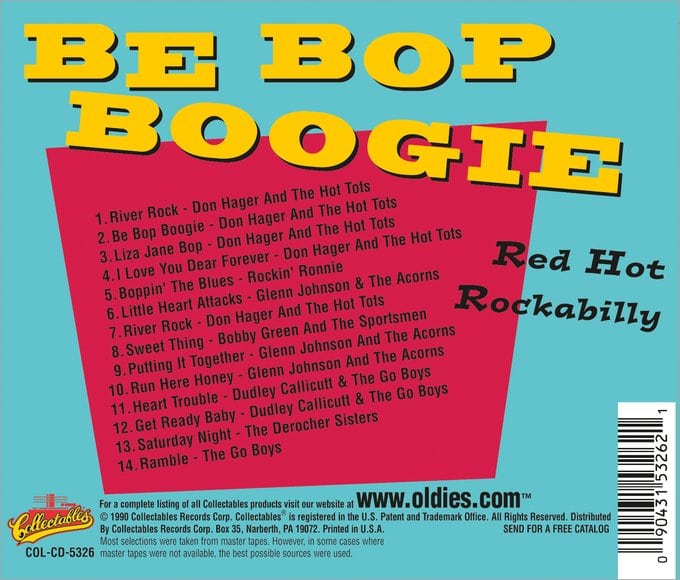 Red-hot Rockabilly from the vaults of Gotham Records. The very rarest (including six unreleased versions) and best from the mid to late '50s.

Most of the tracks on BE BOP BOOGIE were originally released on Gotham records.
Recorded in the 1950's. Includes liner notes by Philip J. Tricker.
Personnel: Dudley Callicutt, Don Hager, Glenn Johnson (vocals).
Liner Note Author: Phillip J. Tricker.
This is an above-average 14-song collection, obtained through the Gotham label archive belonging to Ivin Ballen in Philadelphia, but mostly cut for the Oak label, based in rural North Carolina. Don Hager & the Hot Tots sure sound it, a rough and ready rockabilly outfit with a hot piano as well as guitar in their lineup, and some good songs in their repertory. Their five songs constitute the lion's share of this CD, which otherwise is a showcase for the sax-driven rockabilly of Bobby Green & the Sportsmen. Jerry Lee Lewis' influence shows up throughout, especially in Dudley Calllicutt & the Go Boys' version of "Get Ready Baby," as does Carl Perkins' work in Rockin Ronny's version of "Boppin' the Blues." The Derocher Sisters, the only act on here to come out of Ballen's home base of Philadelphia, are a distinctly non-rockabilly act, very close in spirit to the Paris Sisters and other girl groups of the late 1950s, but "Saturday Night" is just pleasant enough a song that it doesn't destroy the collection appearance in this company. The other major act featured here is Glenn Johnson & the Acorns, who rock hard and heavy, a dead match for the best work of Don Hager and company or the Go Boys. The sound is amazingly good, and the notes are thorough within the confines of the information available on any of these people. ~ Bruce Eder

73%off
Fats Domino
All By Myself: 28 Original Hit Recordings TOP 100 Bestseller
$3.49 Super Savings
Add to Cart