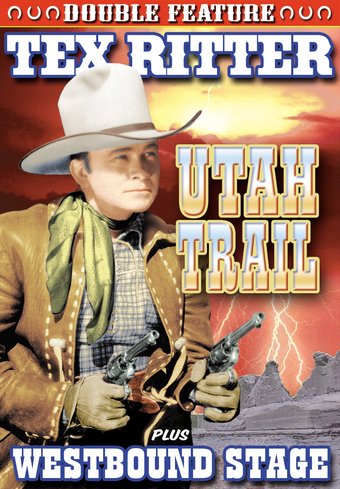 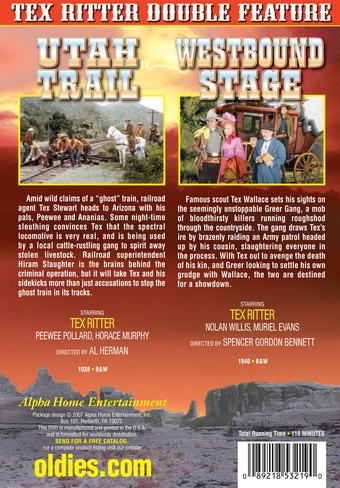 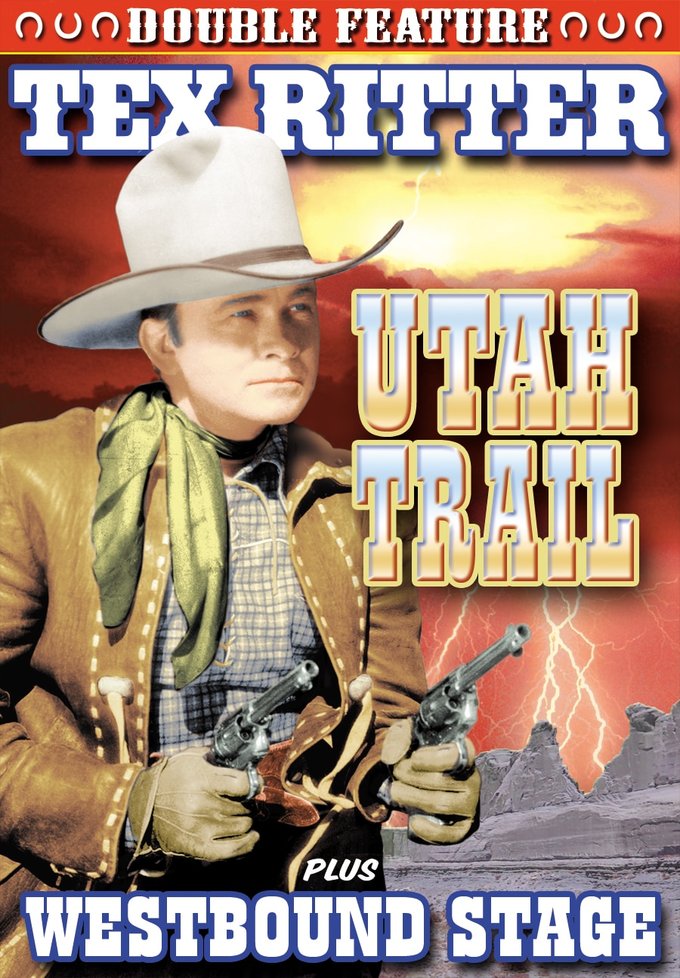 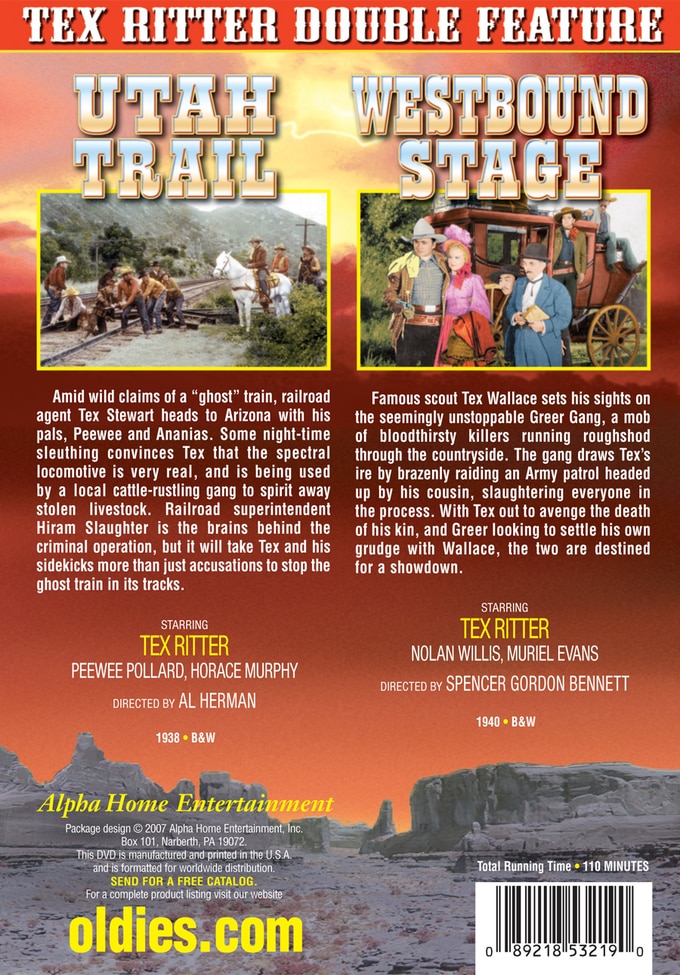 Utah Trail (1938, B&W): Amid wild claims of a "ghost" train, railroad agent Tex Stewart heads to Arizona with his pals, Peewee and Ananias. Some night-time sleuthing convinces Tex that the spectral locomotive is very real, and is being used by a local cattle-rustling gang to spirit away stolen livestock. Railroad superintendent Hiram Slaughter is the brains behind the criminal operation, but it will take Tex and his sidekicks more than just accusations to stop the ghost train in its tracks. Starring Tex Ritter, PeeWee Pollard, Horace Murphy; Directed by Al Herman.

Westbound Stage (1940, B&W): Famous scout Tex Wallace sets his sights on the seemingly unstoppable Greer Gang, a mob of bloodthirsty killers running roughshod through the countryside. The gang draws Tex's ire by brazenly raiding an Army patrol headed up by his cousin, slaughtering everyone in the process. With Tex out to avenge the death of his kin, and Greer looking to settle his own grudge with Wallace, the two are destined for a showdown. Starring Tex Ritter, Nolan Willis, Muriel Evans; Directed by Spencer Gordon Bennett.