The Rough Riders Gunman From Bodie

The Rough Riders find clues to the mass murder of an entire family of ranchers. 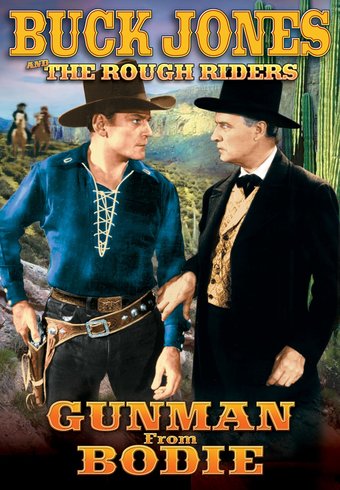 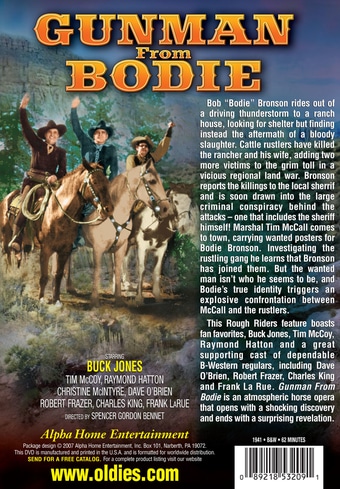 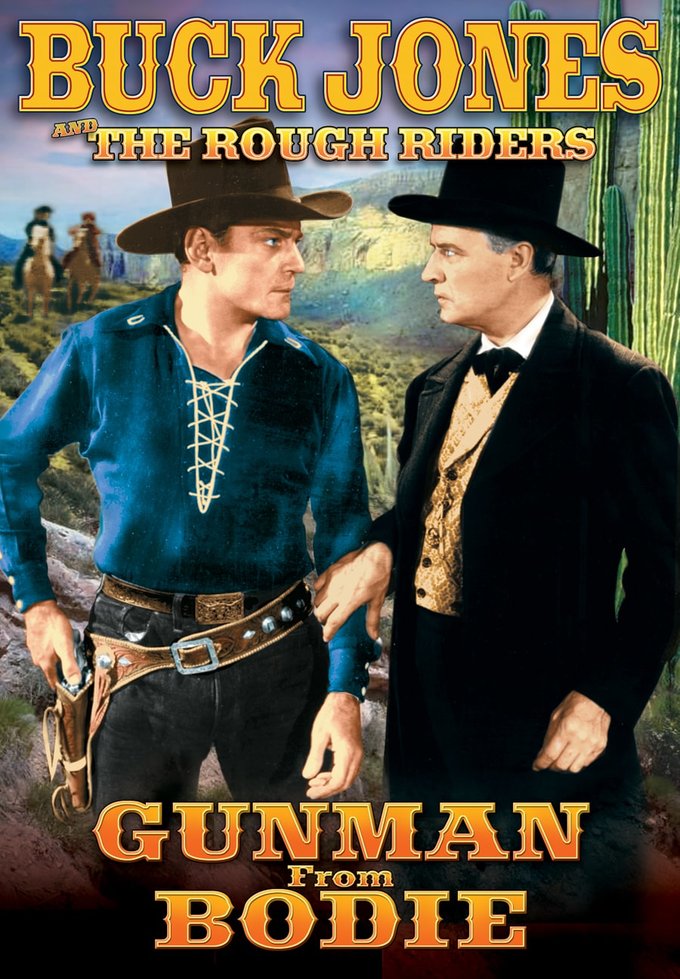 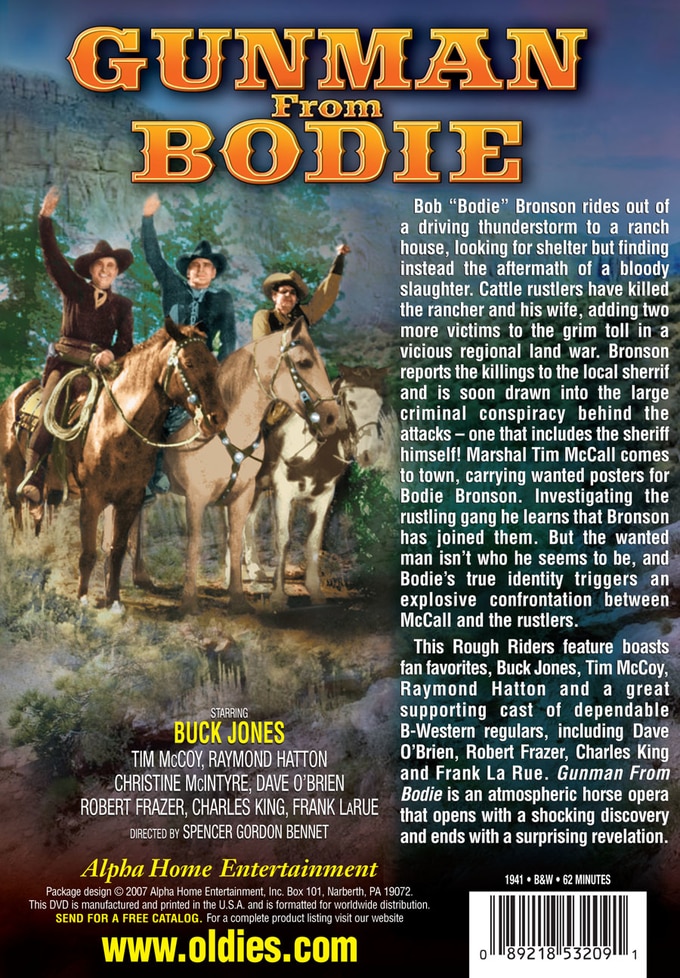 Bob "Bodie" Bronson rides out of a driving thunderstorm to a ranch house, looking for shelter but finding instead the aftermath of a bloody slaughter. Cattle rustlers have killed the rancher and his wife, adding two more victims to the grim toll in a vicious regional land war. Bronson reports the killings to the local sherrif and is soon drawn into the large criminal conspiracy behind the attacks - one that includes the sheriff himself! Marshal Tim McCall comes to town, carrying wanted posters for Bodie Bronson. Investigating the rustling gang he learns that Bronson has joined them. But the wanted man isn't who he seems to be, and Bodie's true identity triggers an explosive confrontation between McCall and the rustlers.


BUCK JONES IS AN AMERICAN HERO! HE DIED TRYING TO SAVE OTHERS IN THE INFAMOUS FIRE THAT HAPPENED AT BOSTONS COCONUT GROVE CIRCA 1941-42! THIS FILM IS ONE OF HIS BEST WHICH FEATURES TIM MCCOY AND RAYMOND HATTEN AS WELL! MOST FOLKS DONT REALIZED HOW BELOVED BUCK WAS ON SCREEN AS WELL AS OFF! ITS BOGGLED MY MIND HOW HIS LIFE STORY WASNT CELEBRATED MORE AND FURTHERMORE NOT EVEN MENTIONED AS A POSSIBLE MOVIE! TRUST ME, IF YOU BUY THIS DVD, YOULL BE A BUCK JONES FAN FOR LIFE! I MEAN IT!