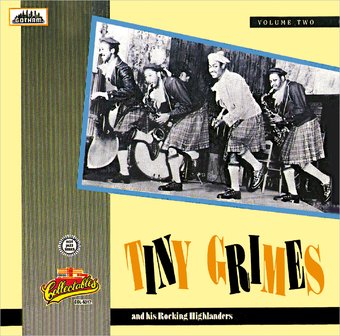 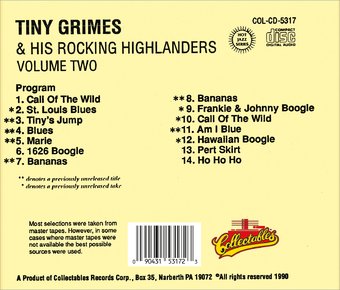 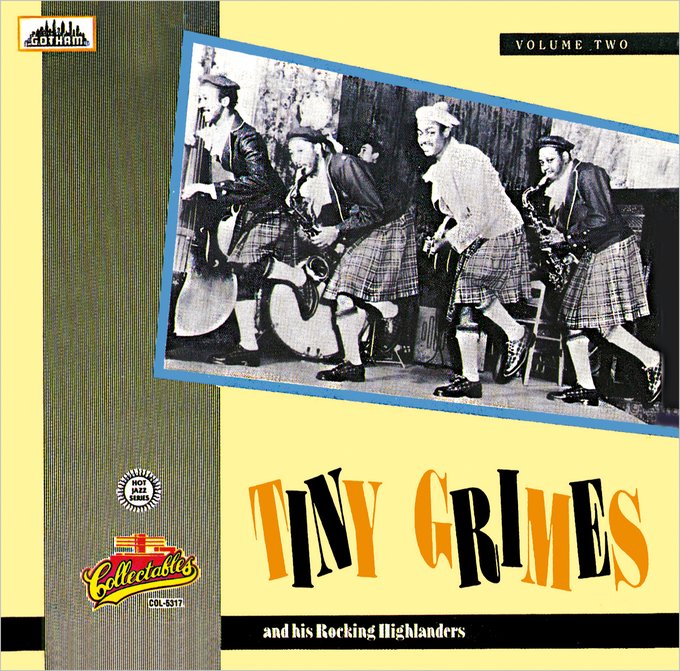 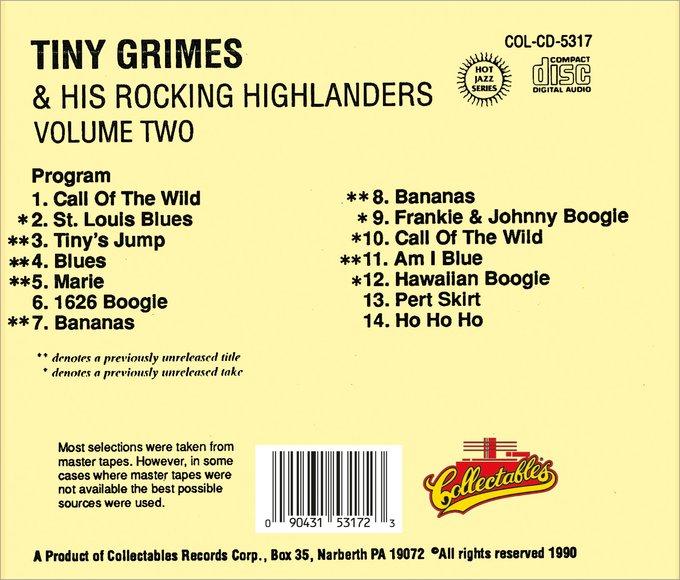 Tiny Grimes played in the jive group The Cats And The Fiddle and was part of the classic Art Tatum Trio before he put together his own group in the late 1940s. Called The Rockin' Highlanders, the group featured Grimes' electric guitar playing as well as the tenor of Red Prysock.