Someone to Watch Over Me R

13K ratings
Currently Out of Stock: We'll get more as soon as possible
Notify Me When Available
Add to Wishlist
Format:  DVD
item number:  XRI 08779D
Also released as:
Someone to Watch Over Me (Blu-ray) for $19.60
91% recommend us! 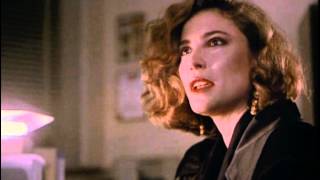 Someone To Watch Over Me (1987) - Official Movie Trailer

Ridley Scott's romantic thriller stars Mimi Rogers as ravishing New York socialite Claire Gregory and Tom Berenger as blue-collar police detective Mike Keegan. After Claire witnesses a high-profile murder, Mike is among the rotating group of detectives assigned to protect her.The simple, straightforward cop is awed both by Claire's beauty and by the endless rooms of her lavish apartment. A quiet attraction develops between the two, but neither of these otherwise committed people is willing to act on it. However, the detective's wife, Ellie (Lorraine Bracco), realizes what's happening and reacts accordingly. When Mike accompanies Claire to a museum benefit one evening, the killer, Joey Venza (Andreas Katsulas), confronts her in the ladies' room. He threatens to kill her if she identifies him in a police line-up the next day and then turns himself in to the police. Although she goes through with the identification, Venza is released on a technicality, and Claire nows needs protection more than ever. Bracco is wonderful as the cop's spirited wife.

A stunning New York socialite and a down-to-earth city cop are caught in a deadly web of illicit passion and heart-stopping suspense in this taut, stylish thriller. Newly-appointed detective Mike Keegan (Tom Berenger, PLATOON) finds his life turned upside down when he's assigned to protect Claire Gregory (Mimi Rogers), the beautiful eyewitness to a brutal murder. Lured into danger and the dizzying heights of Gregory's glamorous lifestyle, Keegan struggles to walk the line between protection andobsession while trying to stay one step ahead of the psychotic killer. Acclaimed director Ridley Scott (ALIEN, BLADE RUNNER), paints an erotically seductive portrait of high-stakes suspense in America's power playground in SOMEONE TO WATCH OVER ME.

In SOMEONE TO WATCH OVER ME, a beautiful New York socialite and a down-to-earth city cop are thrust together when he is assigned to protect her from a mobster. An impossible attraction develops between them, though they come from different worlds.