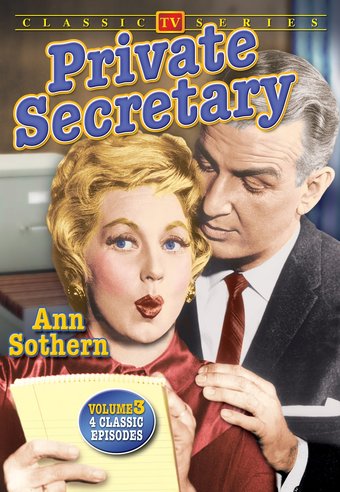 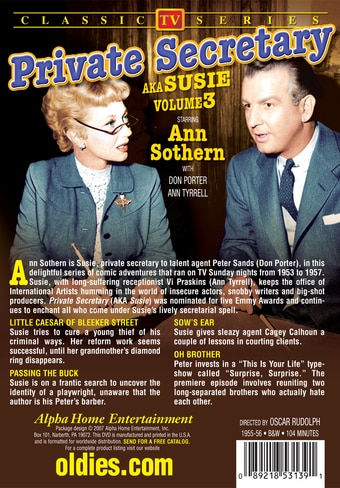 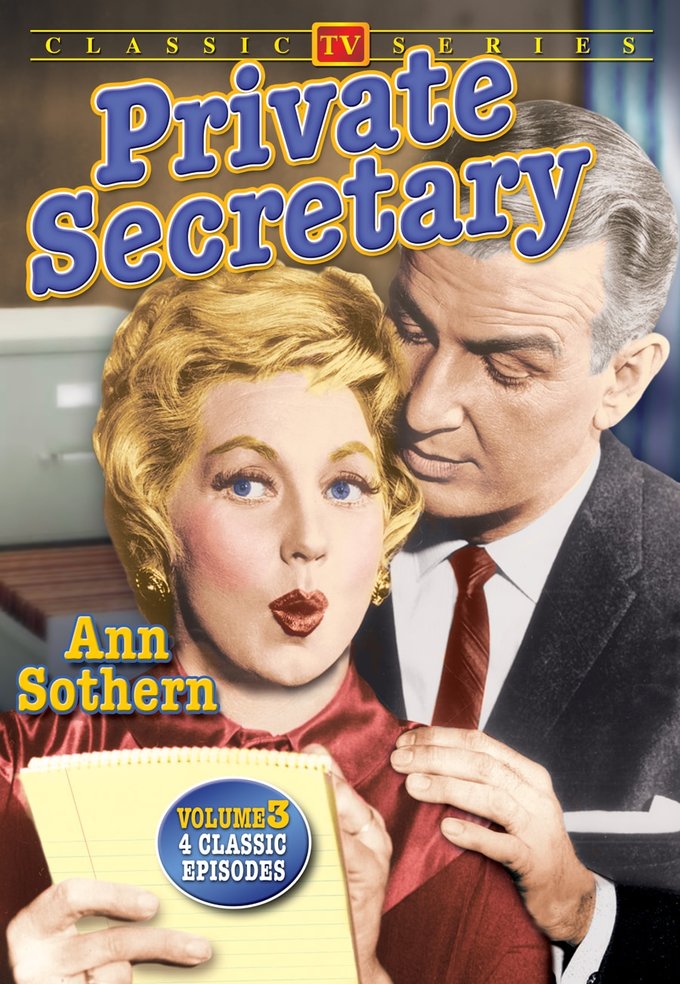 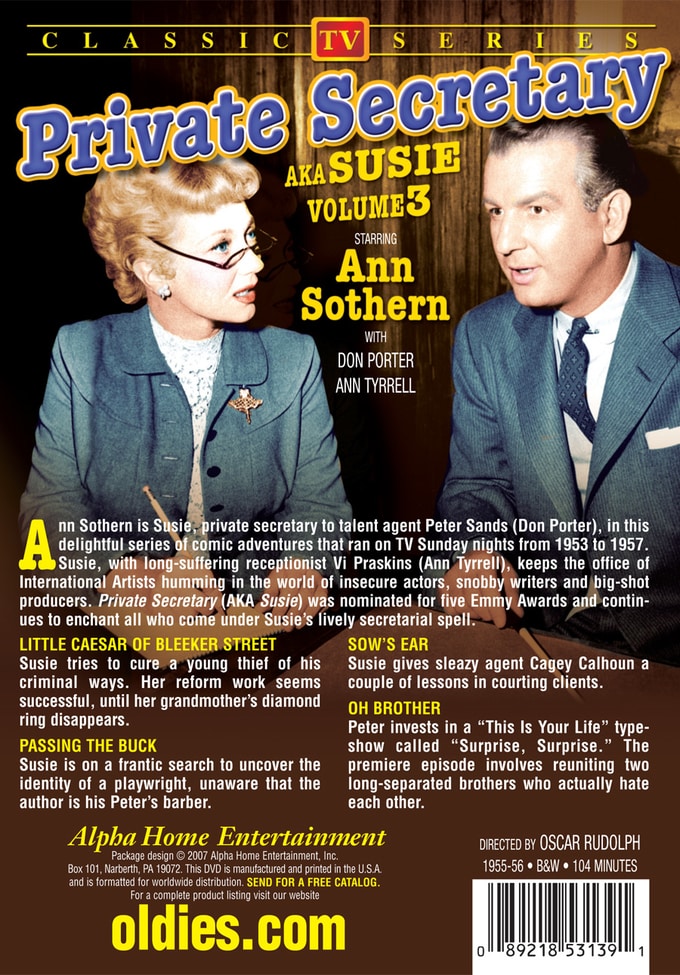 Ann Sothern is Susie, private secretary to talent agent Peter Sands (Don Porter), in this in this delightful series of comic adventures that ran on TV Sunday nights from 1953 to 1957. Susie, with long-suffering receptionist Vi Praskins (Ann Tyrrell), keeps the office of International Artists humming in the world of insecure actors, snobby writers and big-shot producers. "Private Secretary" (AKA "Susie") was nominated for five Emmy Awards and continues to enchant all who come under Susie's lively secretarial spell.

Passing The Buck: Susie is on a frantic search to uncover the identity of a playwright, unaware that the author is his Peter's barber.

Oh Brother: Peter invests in a "This Is Your Life" type-show called "Surprise, Surprise." The premiere episode involves reuniting two long-separated brothers who actually hate each other.