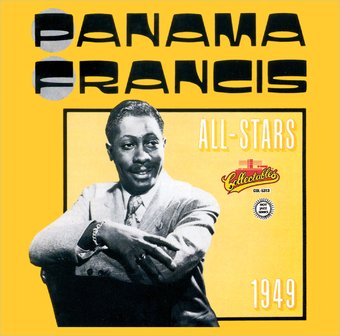 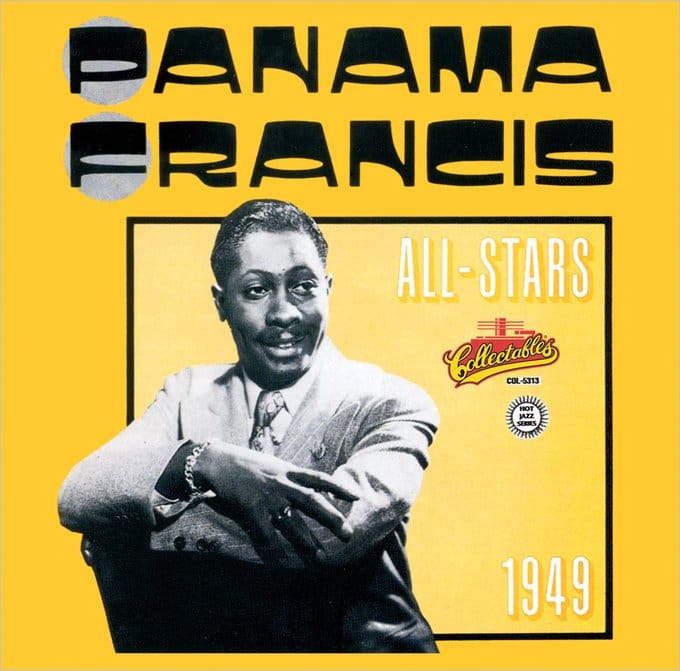 Nicknamed for the distinctive Panama hats he wore, drummer Panama Francis laid down these jump tracks for Gotham Records in 1949 with his "All Stars," a line-up that included many of the big band and jazz royalty of the day.

Most of these selections were taken from master tapes. However, in some cases where master tapes were not available the best possible sources were used.
Personnel: Panama Francis (drums); Mary-Louise (vocals); Hilton Jefferson (alto saxophone); Sam "The Man" Taylor (tenor saxophone); Jonah Jones (trumpet); Dave Rivera (piano).
Collectables' All Stars 1949 is a storming swing set that drummer Panama Francisco led in 1949. ~ Leo Stanley


This album is more for the R&B fan than for the jazz fan, despite the fact that some of the musicians (including the leader) have a distinguished Jazz career (Danny Turner was a long time member of the Count Basie Orchestra). This record is historically interesting more than anything else. Sound quality of the original recording is quite poor.