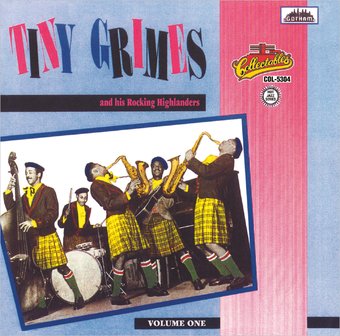 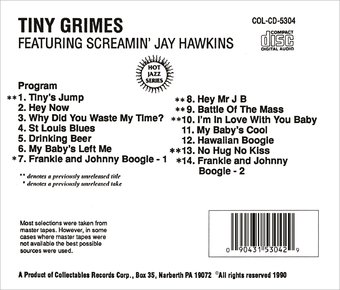 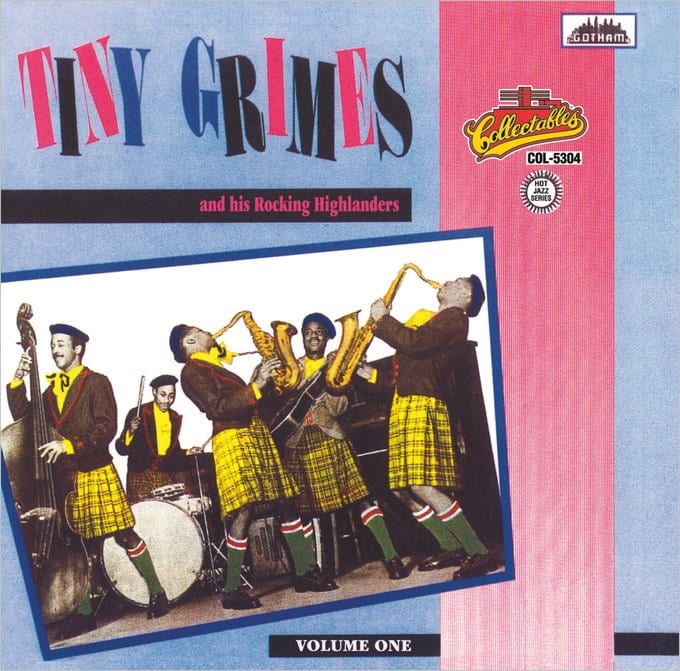 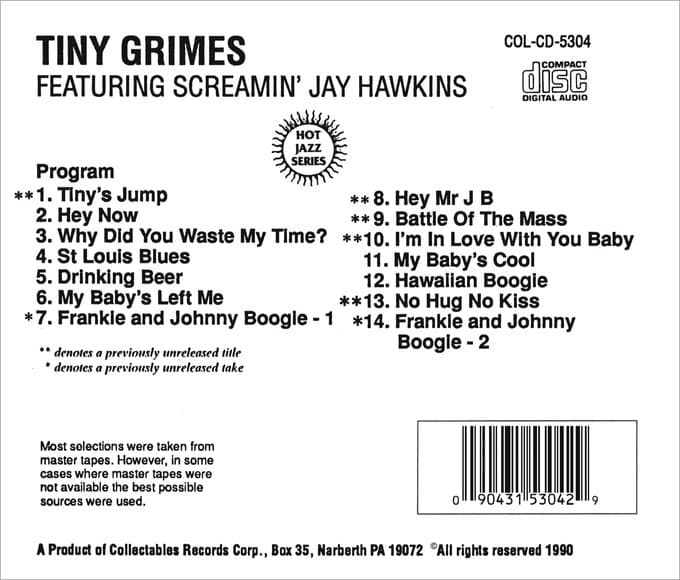 Here one of the most electric of electric guitar players joins forces with Screamin' Jay Hawkins, one of rock and soul's most theatrical figures and outrageous performers.

Includes liner notes by Tony Burke.
Liner Note Author: Tony Burke.
Tiny Grimes gained some fame near the end of the swing era for being one of the first electric guitarists influenced by Charlie Christian, for leading a date that featured the young Charlie Parker, and for his work with the Art Tatum Trio. By 1948 he was leading a group called the Rocking Highlanders, who dressed in kilts! Rather than playing Scottish music (other than "Loch Lomond"), the band leaned toward R&B, with plenty of heated solos from tenor saxophonist Red Prysock. Grimes has long been underrated, particularly for his work during this period, but his solos are excellent, being essentially swing even when played over basic structures. He recorded for several labels during the era, and this CD is drawn from his performances for Gotham. Unfortunately, the music jumps around a lot chronologically, but the selections are certainly easy to enjoy. Screamin' Jay Hawkins, despite getting such a high billing, actually has only two vocals (his recording debut), although there are vocal features for J.B. Summers and Haji Baba and some tenor spots for Benny Golson and John Hardee in addition to Prysock. Hopefully someday this music will be reissued complete and in chronological order, but for now this set will suffice. ~ Scott Yanow