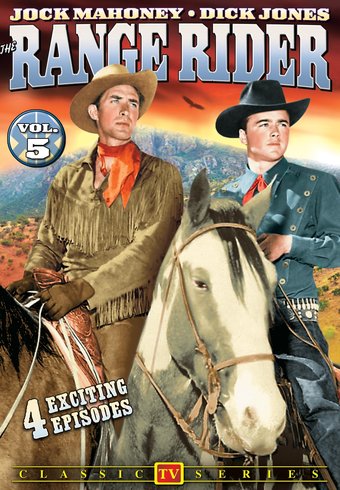 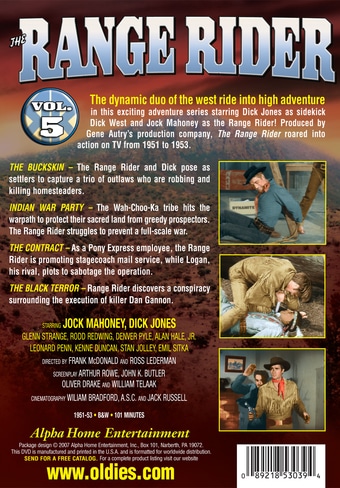 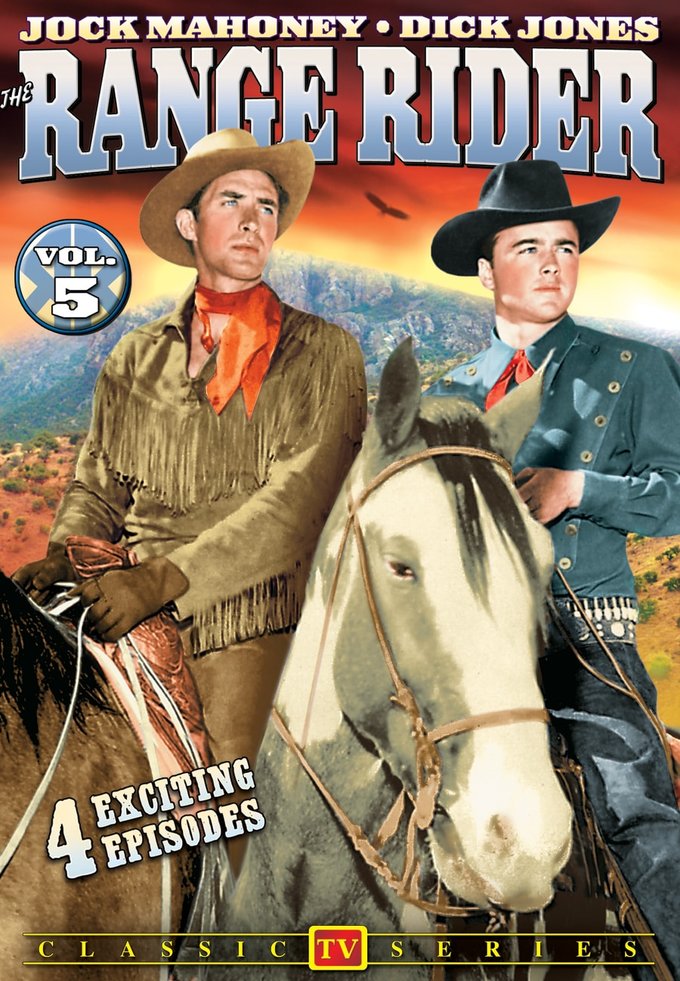 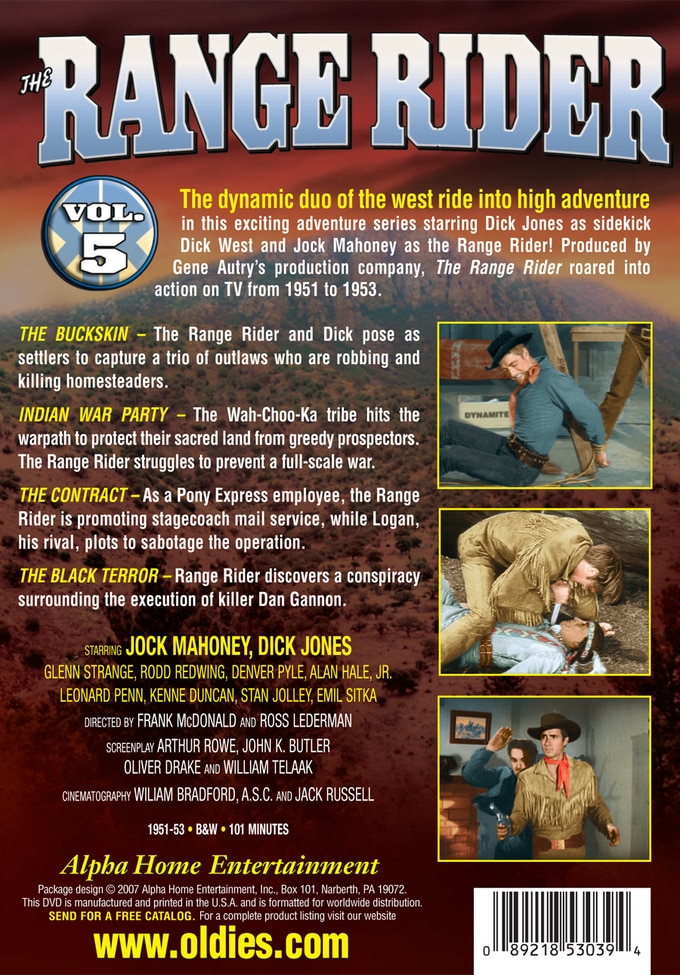 The dynamic duo of the west ride into high adventure in this exciting adventure series starring Dick Jones as sidekick Dick West and Jock Mahoney as the Range Rider! Produced by Gene Autry's production company, "The Range Rider" roared into action on TV from 1951 to 1953.

The Buckskin: The Range Rider and Dick pose as settlers to capture a trio of outlaws who are robbing and killing homesteaders.

Indian War Party: The Wah-Choo-Ka tribe hits the warpath to protect their sacred land from greedy prospectors. The Range Rider struggles to prevent a full-scale war.

The Contract: As a Pony Express employee, the Range Rider is promoting stagecoach mail service, while Logan, his rival, plots to sabotage the operation.

Classic
This product is made-on-demand by the manufacturer using DVD-R recordable media. Almost all DVD players can play DVD-Rs (except for some older models made before 2000) - please consult your owner's manual for formats compatible with your player. These DVD-Rs may not play on all computers or DVD player/recorders. To address this, the manufacturer recommends viewing this product on a DVD player that does not have recording capability.