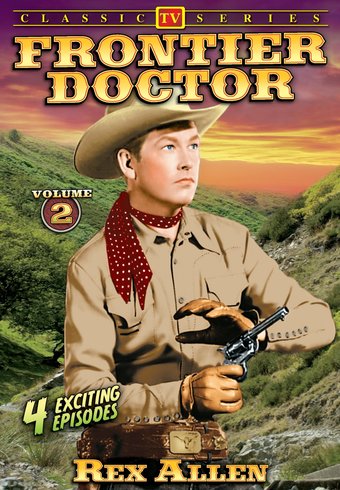 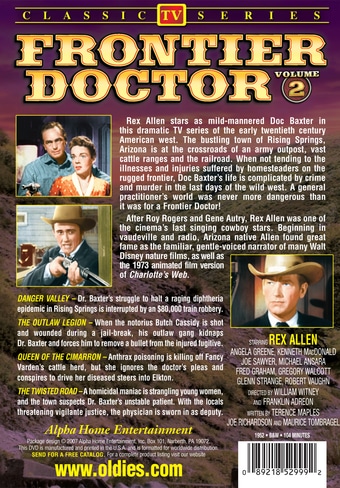 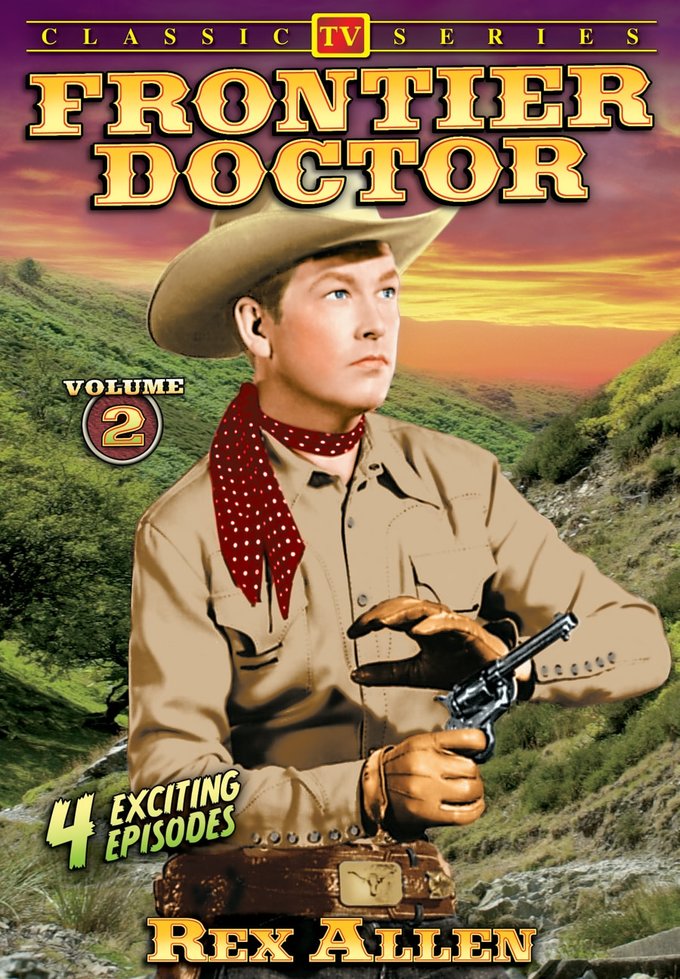 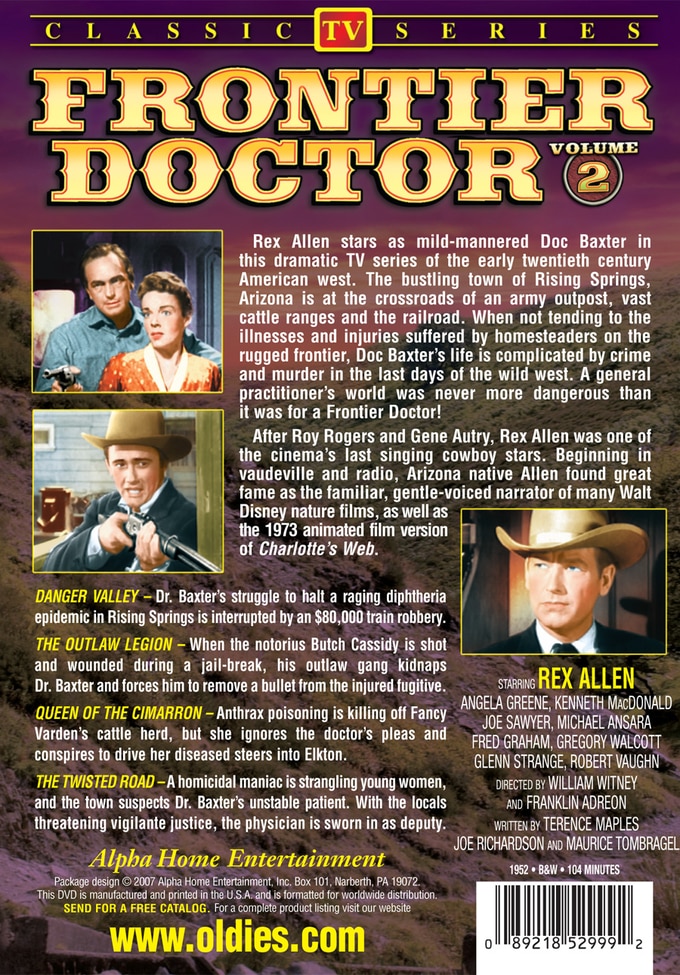 Rex Allen stars as mild-mannered Doc Baxter in this dramatic TV series of the early twentieth century American west. The bustling town of Rising Springs, Arizona is at the crossroads of an army outpost, vast cattle ranges and the railroad. When not tending to the illnesses and injuries suffered by homesteaders on the rugged frontier, Doc Baxter's life is complicated by crime and murder in the last days of the wild west. A general practitioner's world was never more dangerous than it was for a Frontier Doctor!

After Roy Rogers and Gene Autry, Rex Allen was one of the cinema's last singing cowboy stars. Beginning in vaudeville and radio, Arizona native Allen found great fame as the familiar, gentle-voiced narrator of many Walt Disney nature films, as well as the 1973 animated film version of Charlotte's Web.

Danger Valley: Dr. Baxter's struggle to halt a raging diphtheria epidemic in Rising Springs is interrupted by an $80,000 train robbery.

The Outlaw Legion: When the notorious Butch Cassidy is shot and wounded during a jail-break, his outlaw gang kidnaps Dr. Baxter and forces him to remove a bullet from the injured fugitive.

Queen Of The Cimarron: Anthrax poisoning is killing off Fancy Varden's cattle herd, but she ignores the doctor's pleas and conspires to drive her diseased steers into Elkton.

The Twisted Road: A homicidal maniac is strangling young women, and the town suspects Dr. Baxter's unstable patient. With the locals threatening vigilante justice, the physician is sworn in as deputy.