Yellowjackets A Rise in the Road 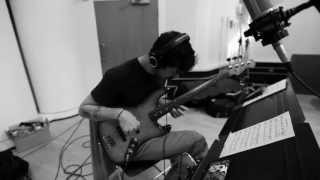 Yellowjackets - A Rise In The Road - Felix Pastorius (Music Video) 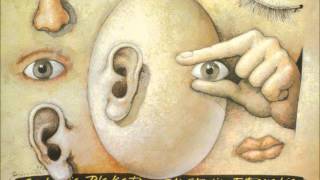 Personnel: Bob Mintzer (saxophone, tenor saxophone); Russell Ferrante (piano, keyboards); William Kennedy (keyboards, drums).
Recording information: Bill Schnee Studios, North Hollywood, CA.
The title of this Yellowjackets effort is an apt one. The departure of co-founding bassist Jimmy Haslip in 2012 left a huge hole in the lineup. Haslip wasn't only the group's bassist, but one of its most productive composers. Founding pianist/keyboardist Russell Ferrante, with longtime members saxophonist Bob Mintzer and drummer Will Kennedy, eventually chose Felix Pastorius, son of the mighty Jaco, and a seasoned performer in his own right. (On a number of tracks here, he plays his father's bass, loaned to him by its owner, Metallica's Robert Trujillo.) The younger man doesn't play with the same "lead bass" flash of his dad -- at least in the studio -- his style here reflects the role Haslip played, but his tone and nimbleness are his own. (Check his fleet-fingered work as it meets Ferrante's arpeggios in "Thank You.") The band still carries within it the meld of contemporary and straight-ahead jazz -- with Mintzer there is always going to be a nod to post-bop in there -- but the feel is far more immediate and organic. They departed from their usual recording procedure and cut the album live in the studio, adding relatively few overdubs later. Mintzer's opener, "When the Lady Dances," is a straight-ahead post-bop number that pops and swings with a fine understated solo by Ferrante. The pianist offers "Can't We Elope," a rewrite of Herbie Hancock's "Canteloupe." It's one of three tracks here that features the trumpet of Ambrose Akinmusire. The meaty piano groove and the twin horns offer a stylish, fresh take on soulful hard bop. Another of the pianist's compositions "An Amber Shade of Blue," features a knotty head with some fiery call and response between Akinmusire and Mintzer -- the track fades in what seems like mid-jam. Mintzer's "I Knew His Father" is both a welcome to the younger Pastorius and a nod to Jaco--the saxophonist played in the Word of Mouth Band and was present at Felix's birth-- drawing a large circle to a close. Its meld of Latin groove, punchy swing, and boppish blues, offers the younger bassist a fine opportunity to comp, fill, and run the board as the band gets deep inside the melody. A Rise in the Road provides longtime Yellowjackets' fans plenty; but more importantly, it delivers a a bracing new approach and a renewed sense of swinging adventure. ~ Thom Jurek