A deceased playboy is granted one wish in heaven. His wish - to send a letter to three of his pals telling them that he had an affair with each of their spouses. 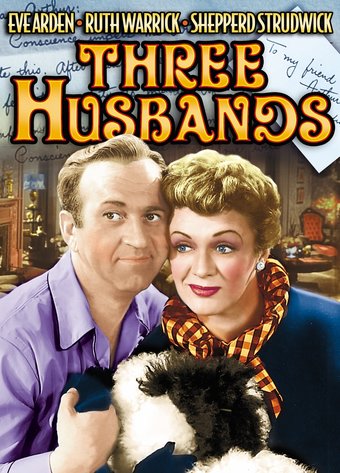 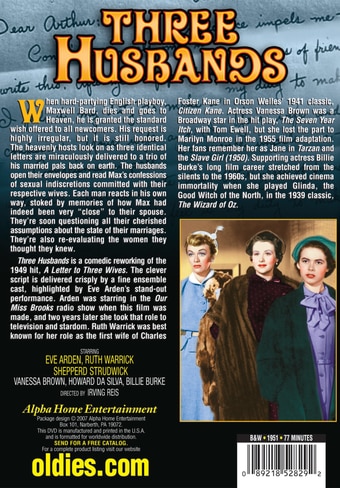 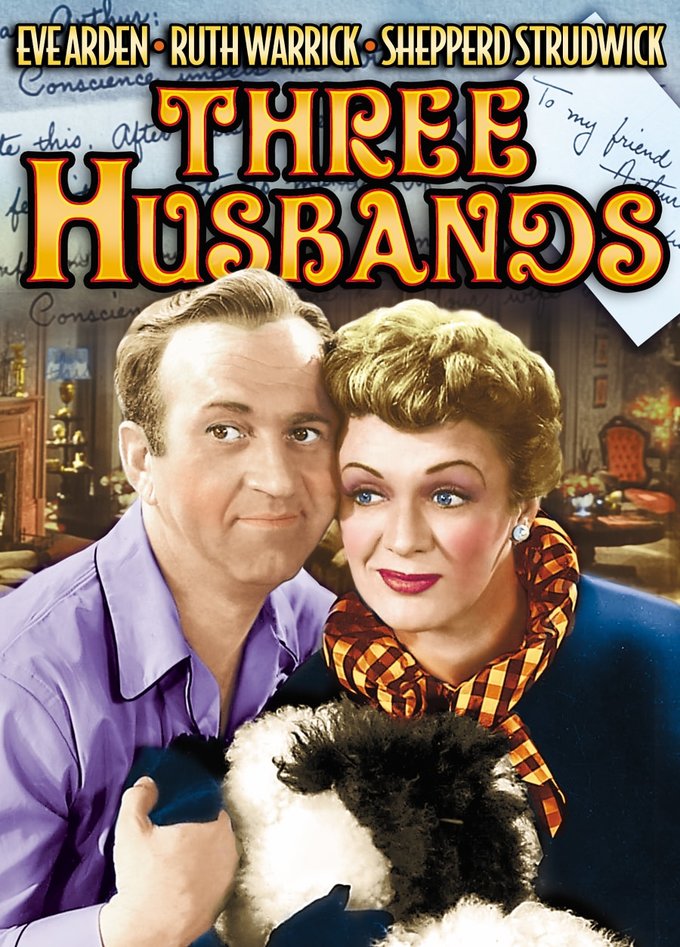 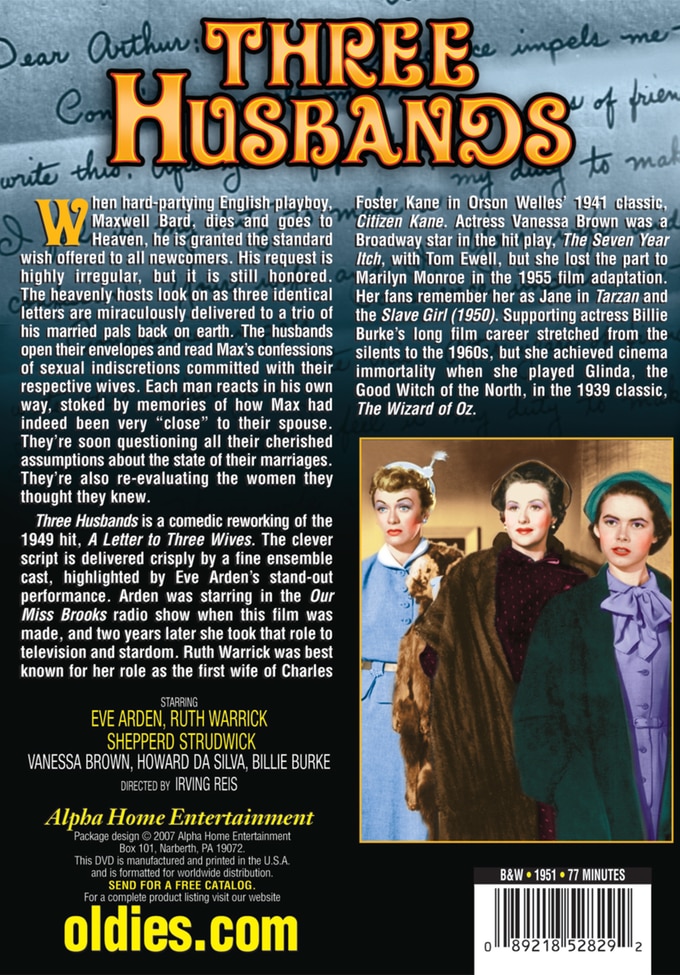 When hard-partying English playboy, Maxwell Bard, dies and goes to Heaven, he is granted the standard wish offered to all newcomers. His request is highly irregular, but it is still honored. The heavenly hosts look on as three identical letters are miraculously delivered to a trio of his married pals back on earth. The husbands open their envelopes and read Max's confessions of sexual indiscretions committed with their respective wives. Each man reacts in his own way, stoked by memories of how Max had indeed been very "close" to their spouse. They're soon questioning all their cherished assumptions about the state of their marriages. They're also re-evaluating the women they thought they knew.

Three Husbands is a comedic reworking of the 1949 hit, A Letter to Three Wives. The clever script is delivered crisply by a fine ensemble cast, highlighted by Eve Arden's stand-out performance. Arden was starring in the "Our Miss Brooks" radio show when this film was made, and two years later she took that role to television and stardom. Ruth Warrick was best known for her role as the first wife of Charles Foster Kane in Orson Welles' 1941 classic, Citizen Kane. Actress Vanessa Brown was a Broadway star in the hit play, The Seven Year Itch, with Tom Ewell, but she lost the part to Marilyn Monroe in the 1955 film adaptation. Her fans remember her as Jane in Tarzan and the Slave Girl (1950). Supporting actress Billie Burke's long film career stretched from the silents to the 1960s, but she achieved cinema immortality when she played Glinda, the Good Witch of the North, in the 1939 classic, The Wizard of Oz.

Three suspicious husbands try to find out if a deceased wealthy playboy dallied with their wives. AKA "A Letter to Three Husbands."

Romance | Infidelity | Theatrical Release
This product is made-on-demand by the manufacturer using DVD-R recordable media. Almost all DVD players can play DVD-Rs (except for some older models made before 2000) - please consult your owner's manual for formats compatible with your player. These DVD-Rs may not play on all computers or DVD player/recorders. To address this, the manufacturer recommends viewing this product on a DVD player that does not have recording capability.