You are cordially invited to the most surprising merger of the year. 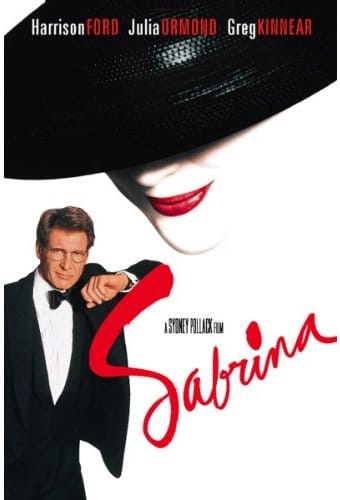 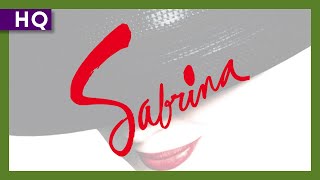 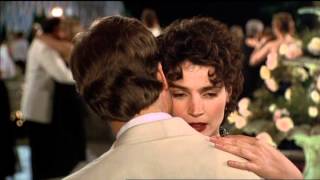 Sydney Pollack directs Harrison Ford and Julia Ormond in this remake of the 1954 Billy Wilder romantic comedy. Ford and Greg Kinnear portray a pair of brothers who are both potential heirs to the Larrabee family fortune. David, a dashing playboy, and Linus, a sensible stodgy businessman, both end up vying for the affections of Sabrina (Ormond), the chauffeur's daughter, after she returns elegantly transformed from a sojourn in Paris. Pollack presents an effortless contemporary telling of this classic Cinderella story.

Sydney Pollack directs this whimsical remake of the 1954 romantic comedy by Billy Wilder. Greg Kinnear and Harrison Ford deftly portray the two wealthy Larrabee brothers, who end up fighting over the affections of their chauffeur's daughter. When Sabrina (Julia Ormond) originally attempts to win over David Larrabee (Greg Kinnear), the younger of the two brothers, and the notorious playboy whom her father works for, he barely even knows she's alive. To help get her mind off David, Sabrina's dad sends her on a trip to Paris, where she trains to become a fashion photographer. In Europe, the mousy young girl blossoms into a beautiful woman before returning to the Larrabee estate on Long Island. At first David doesn't recognize the altered Sabrina. Once he does, however, he falls hard, which jeopardizes his impending marriage to Elizabeth, a wealthy doctor. This turn of events greatly concerns his older, more serious brother, Linus (Harrison Ford), who's counting on the marriage to cement a merger between his company and a business owned by Elizabeth's rich father. So Linus decides to woo Sabrina, hoping she'll fall for him and forget his brother. However, the scheme backfires when Linus himself begins to find the charming Sabrina irresistible.