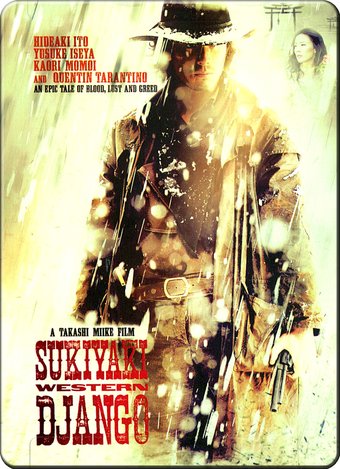 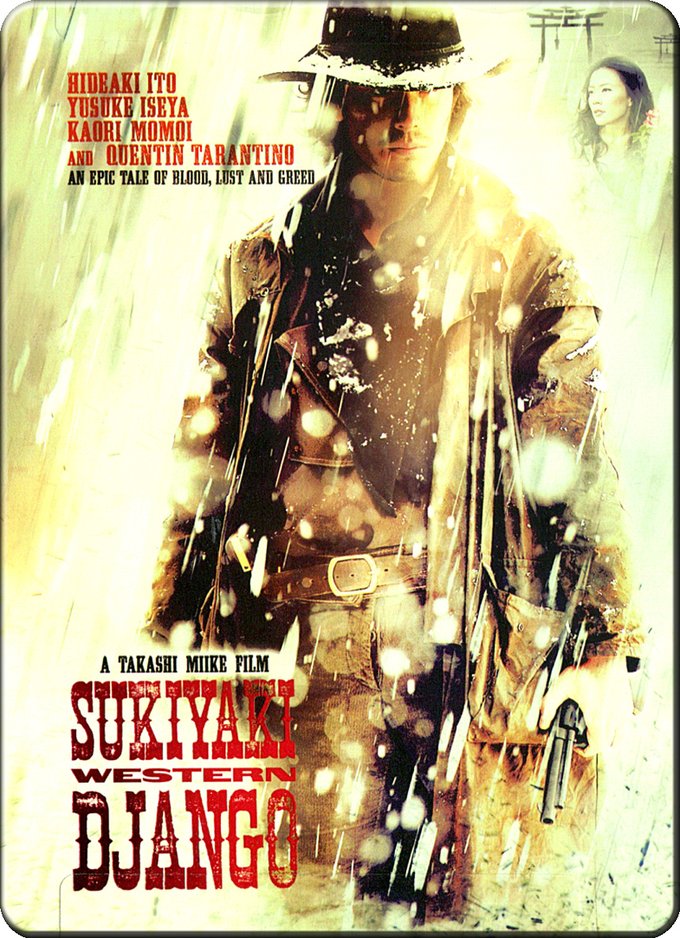 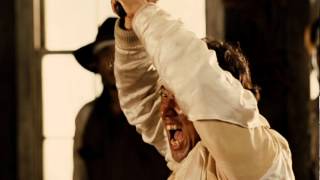 SUKIYAKI WESTERN DJANGO is prolific Japanese cult director Takashi Miike's samurai tribute to the Spaghetti Western genre. With an irreverent style and an obvious knowledge of the oater canon, Miike sets out to celebrate the factory line artistry of films such as Sergio Leone's A FISTFUL OF DOLLARS and Sergio Carbucci's DJANGO, while fully embracing the dazzling, post-modern aesthetic of movies such as KILL BILL and DESPERADO. And while homage and cinematic genre mash-ups can both be high on genuine artistic vision, it's clear from the supremely stylized opening prologue--with its transparent set pieces, outrageous kill shots, and cameo from that anointer of cult films himself, Quentin Tarantino--that Miike is out to have fun above all.

The story follows a Man With No Name gunfighter brought to a small village in Nevada to protect the townspeople from two rival gangs at war over a treasure hidden in the nearby hills. Themes of honor, tradition, loyalty, and family give the film some dramatic weight, but SUKIYAKI WESTERN DJANGO primarily works as a high-octane action flick, albeit one made by a director with style and smarts. The samurai sword lust, kung-fu bar brawls, and John Woo-style operatic gun play remain completely gripping regardless of plot. Yet though the basic story has been told by everyone from Dashiell Hammett to the Coen Brothers to Akira Kurosawa, it's one that has clearly worked its way into the pantheon of contemporary myth and makes for solid dramatic ground on which an entertaining spectacle can unfurl.

A Fistful of Dollars
$16.40 Super Savings
Add to Cart