The Rough Riders Below the Border

The Rough Riders head to the badlands to round up a crazed gang of killers. 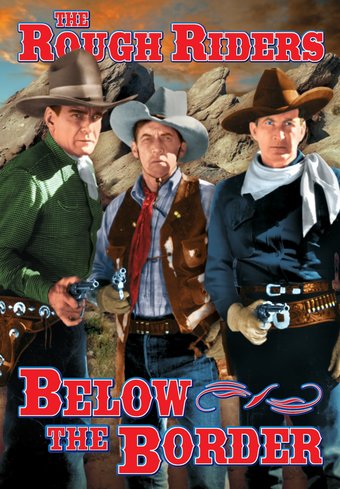 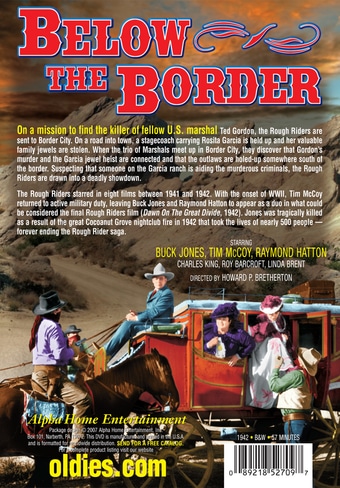 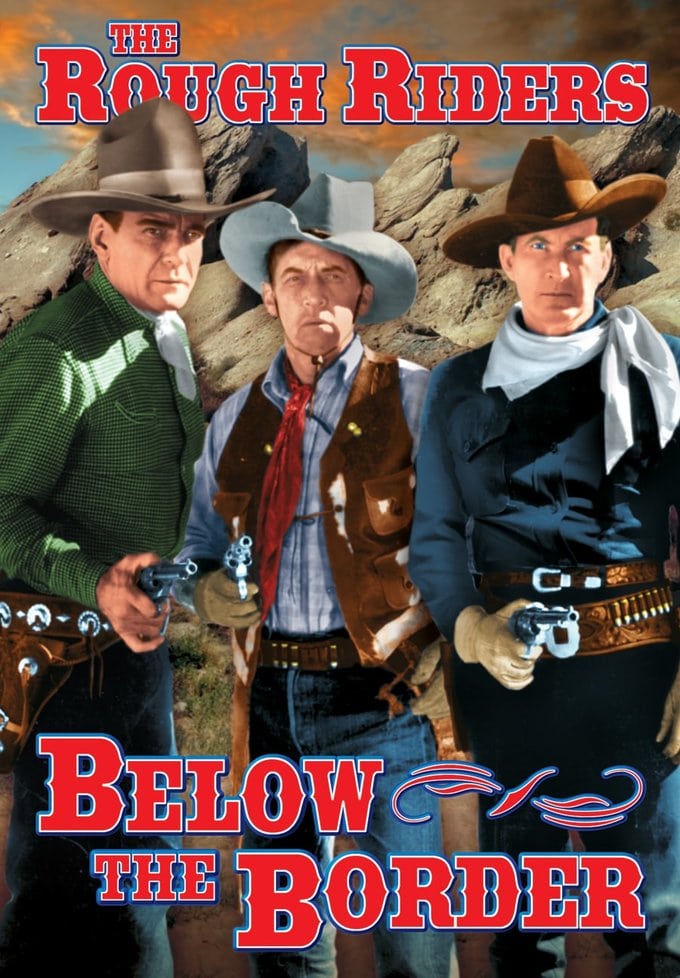 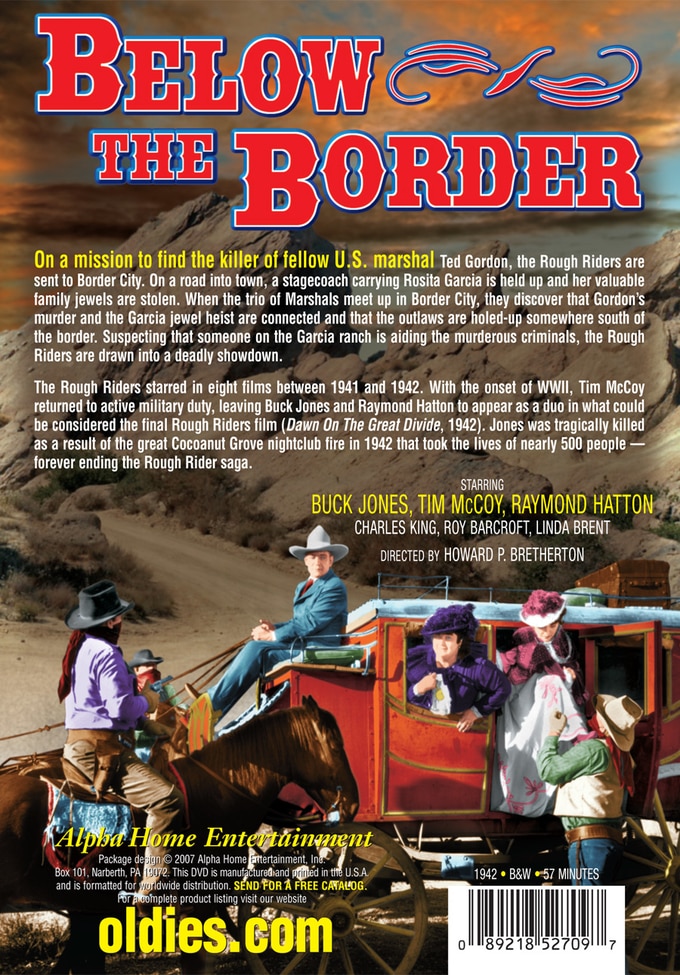 On a mission to find the killer of fellow U.S. marshal Ted Gordon, the Rough Riders are sent to Border City. On a road into town, a stagecoach carrying Rosita Garcia is held up and her valuable family jewels are stolen. When the trio of Marshals meet up in Border City, they discover that Gordon's murder and the Garcia jewel heist are connected and that the outlaws are holed-up somewhere south of the border. Suspecting that someone on the Garcia ranch is aiding the murderous criminals, the Rough Riders are drawn into a deadly showdown.

The Rough Riders starred in eight films between 1941 and 1942. With the onset of WWII, Tim McCoy returned to active military duty, leaving Buck Jones and Raymond Hatton to appear as a duo in what could be considered the final Rough Riders film (Dawn On The Great Divide, 1942). Jones was tragically killed as a result of the great Cocoanut Grove nightclub fire in 1942 that took the lives of nearly 500 people - forever ending the Rough Rider saga.

The Rough Riders help a wealthy Mexican family under attack by outlaws.

Vintage | Good Vs. Evil
This product is made-on-demand by the manufacturer using DVD-R recordable media. Almost all DVD players can play DVD-Rs (except for some older models made before 2000) - please consult your owner's manual for formats compatible with your player. These DVD-Rs may not play on all computers or DVD player/recorders. To address this, the manufacturer recommends viewing this product on a DVD player that does not have recording capability.