A petty thug plots to con a mob boss out of a fortune with disastrous results / A young hot-head joins forces with a mob crime boss to collect debts and eliminate enemies. 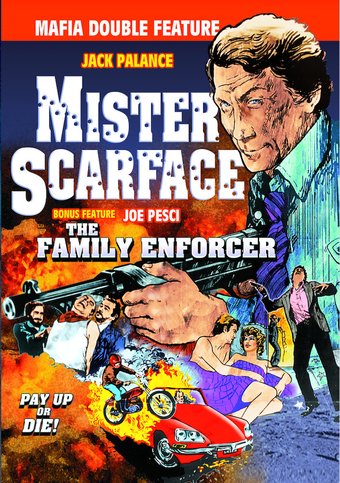 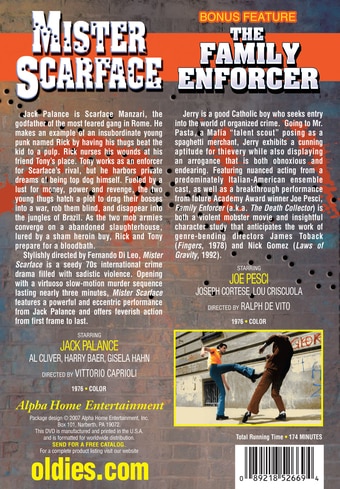 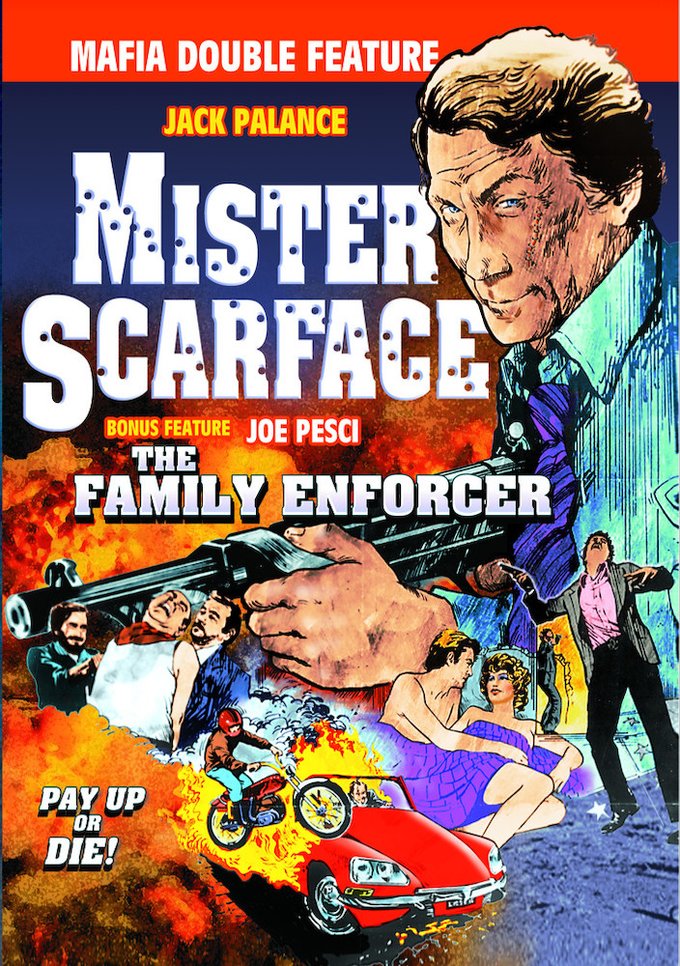 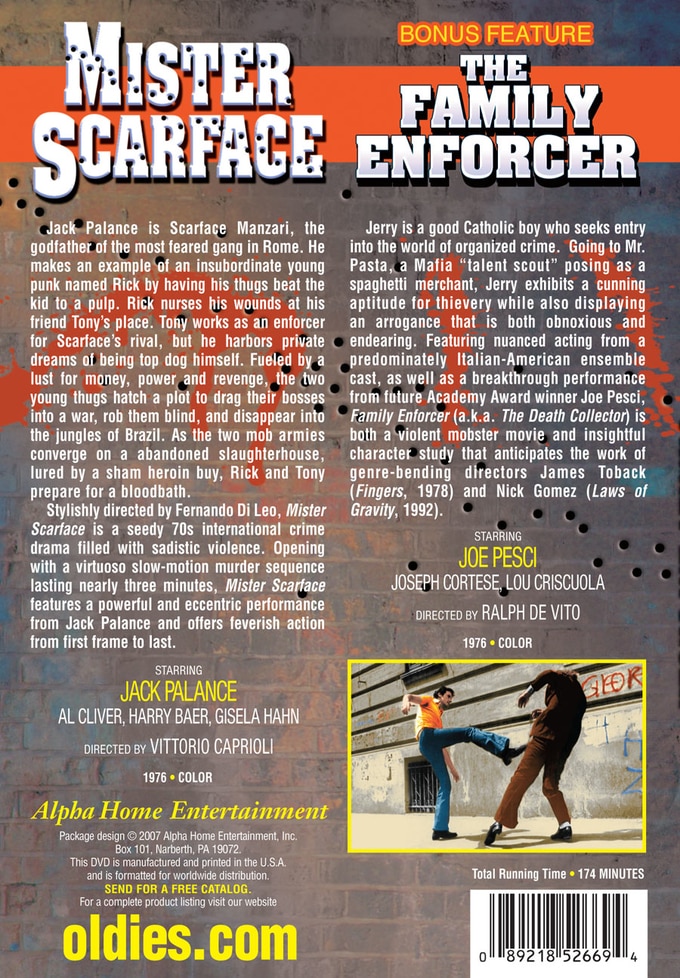 Mister Scarface (1976, Color): Jack Palance is Scarface Manzari, the godfather of the most feared gang in Rome. He makes an example of an insubordinate young punk named Rick by having his thugs beat the kid to a pulp. Rick nurses his wounds at his friend Tony's place. Tony works as an enforcer for Scarface's rival, but he harbors private dreams of being top dog himself. Fueled by a lust for money, power and revenge, the two young thugs hatch a plot to drag their bosses into a war, rob them blind, and disappear into the jungles of Brazil. As the two mob armies converge on a abandoned slaughterhouse, lured by a sham heroin buy, Rick and Tony prepare for a bloodbath.

The Family Enforcer (1976, Color): Jerry is a good Catholic boy who seeks entry into the world of organized crime. Going to Mr. Pasta, a Mafia "talent scout" posing as a spaghetti merchant, Jerry exhibits a cunning aptitude for thievery while also displaying an arrogance that is both obnoxious and endearing. Featuring nuanced acting from a predominately Italian-American ensemble cast, as well as a breakthrough performance from future Academy Award winner Joe Pesci, Family Enforcer (a.k.a. The Death Collector) is both a violent mobster movie and insightful character study that anticipates the work of genre-bending directors James Toback (Fingers, 1978) and Nick Gomez (Laws of Gravity, 1992).