The truth needs no translation. 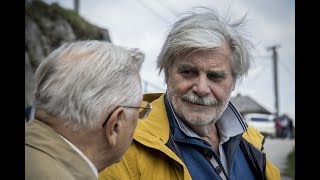 Director Sidney Pollack's diverse career sees him returning to familiar ground with THE INTERPRETER. Crafted from the same mould that saw Pollack produce the superlative political thriller THREE DAYS OF THE CONDOR (1975), Nicole Kidman and Sean Penn star in a film riddled with subterfuge, recriminations, and deadly secrets. Kidman plays Silvia Broome, an interpreter who works at the UN in New York City. One night, while collecting a bag she has left behind in the building, Silvia overhears a whispered conversation in which an assassination attempt on a redoubtable African leader, named Zuwanie (Earl Cameron), is planned during his future visit to the UN. Secret service agent Tobin Keller (Penn) is assigned to provide security for Zuwanie on the forthcoming trip, and conducts an investigation when Silvia explains what she has heard. He quickly discovers that Silvia has a lengthy, troubled past as a citizen from the same country as Zuwanie, and immediately doubts her story. A series of frantic, fast-paced set pieces ensue, with Pollack beautifully capturing the architectural wonder of the UN, and staging some breathtaking scenes all over the city.

Much has been made of THE INTERPRETER'S status as the first film to be shot inside the UN, and it's to Pollack's credit that he wasn't overawed by such a prospect. Making full use of the building, the director highlights the hustle and bustle of a typical day at the UN, while also shooting eerily silent late night scenes among the famous halls and corridors. As Pollack piles on the tension, Penn and Kidman deliver exemplary performances alongside a prodigious supporting cast, who do justice to an intelligently written plot designed to keep viewers guessing right up until the final moments of the film.