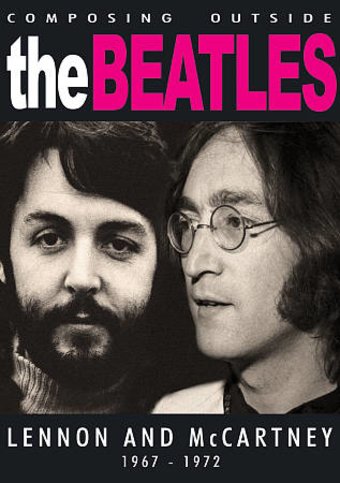 Composing Outside the Beatles - Lennon and McCartney 1967 - 1972 is an independent documentary film which reviews the music and impact of Lennon and McCartney as solo composers, during this first post-Beatles period. From the avant-garde, Yoko influenced, brace of Lennon/Ono albums, via some superb singles and albums from both players, and culminating with the first Wings album from Macca, and Lennon celebrating his new city of residence on the most political record he ever made this film show's how and why they composed the music they did during this era and illustrates their using of old and new techniques, and how they were still borrowing from each other despite being in both legal and personal disputes throughout these years. Drawing on rare footage, archive and exclusive interviews, classic performances and penetrating revelations from close friends of the pair, fellow musicians, Beatles academics and musicologists, we discover here the true story of how their music was composed when writing alone ,or with new partners.