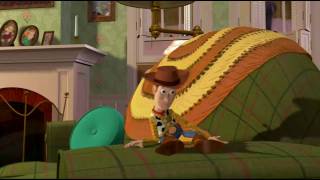 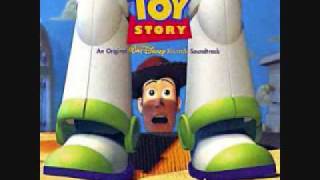 Original score composed by Randy Newman.
Producers: Frank Wolf, Don Davis, Jim Flamberg, Randy Newman.
Randy Newman wrote and sang three songs in his characteristic style for the soundtrack of the first computer-animated children's movie, Toy Story, along with a sprightly, stirring score that reflected the film's fun, adventurous spirit. "You've Got A Friend In Me," performed both as a solo by Newman at the start and as a duet with Lyle Lovett at the end (reflecting the theme of emerging friendship between toys Woody and Buzz Lightyear), earned an Oscar nomination; "Strange Things" was a comically ominous song used to express Woody's feelings about being supplanted by Buzz; and "I Will Go Sailing No More" was a wistful lament for Buzz when he made the agonizing discovery that he was a toy, not a space hero. Newman's winning score helped set the mood for the charming film that was a box office champion for Christmas 1995. ~ William Ruhlmann