A Wall Street broker plies his ability to the high seas and becomes a pirate. 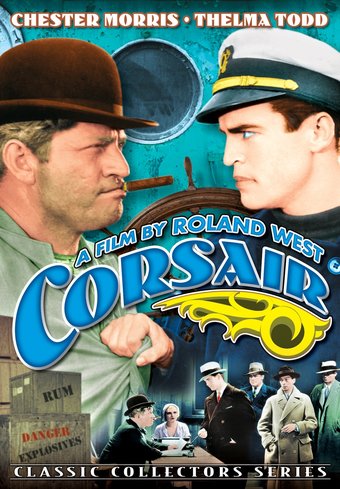 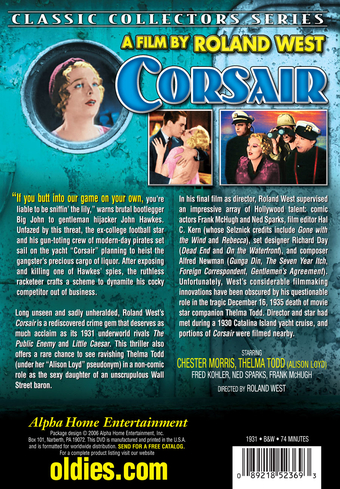 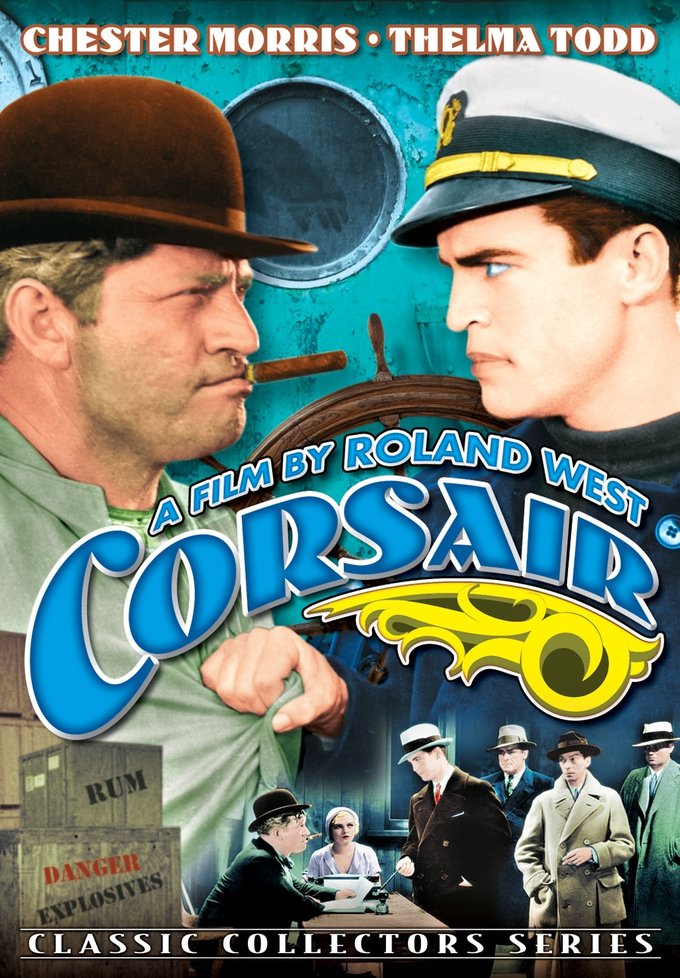 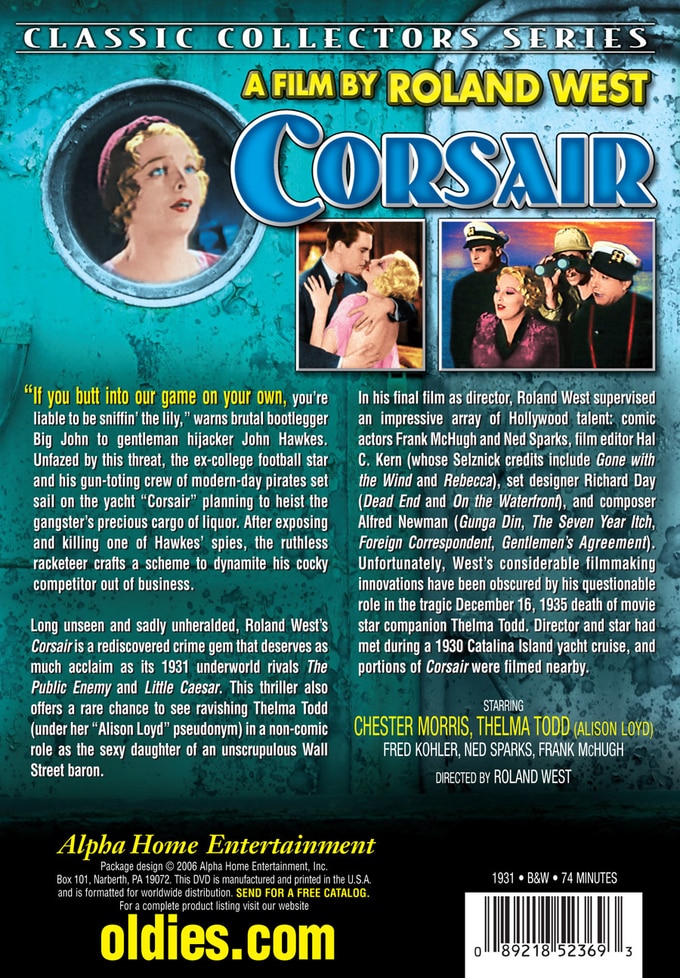 "If you butt into our game on your own, you're liable to be sniffin' the lily," warns brutal bootlegger Big John to gentleman hijacker John Hawkes. Unfazed by this threat, the ex-college football star and his gun-toting crew of modern-day pirates set sail on the yacht "Corsair" planning to heist the gangster's precious cargo of liquor. After exposing and killing one of Hawkes' spies, the ruthless racketeer crafts a scheme to dynamite his cocky competitor out of business.

Long unseen and sadly unheralded, Roland West's Corsair is a rediscovered crime gem that deserves as much acclaim as its 1931 underworld rivals The Public Enemy and Little Caesar. This thriller also offers a rare chance to see ravishing Thelma Todd (under her "Alison Loyd" pseudonym) in a non-comic role as the sexy daughter of an unscrupulous Wall Street baron.

In his final film as director, Roland West supervised an impressive array of Hollywood talent: comic actors Frank McHugh and Ned Sparks, film editor Hal C. Kern (whose Selznick credits include Gone with the Wind and Rebecca), set designer Richard Day (Dead End and On the Waterfront), and composer Alfred Newman (Gunga Din, The Seven Year Itch, Foreign Correspondent, Gentlemen's Agreement). Unfortunately, West's considerable filmmaking innovations have been obscured by his questionable role in the tragic December 16, 1935 death of movie star companion Thelma Todd. Director and star had met during a 1930 Catalina Island yacht cruise, and portions of Corsair were filmed nearby.

A weird tale of a young woman and a gangster who get mixed up with mysterious modern pirates.

Adventure | High Seas | Mystery | Thriller | Vintage
This product is made-on-demand by the manufacturer using DVD-R recordable media. Almost all DVD players can play DVD-Rs (except for some older models made before 2000) - please consult your owner's manual for formats compatible with your player. These DVD-Rs may not play on all computers or DVD player/recorders. To address this, the manufacturer recommends viewing this product on a DVD player that does not have recording capability.

Customer Rating:
Based on 268 ratings.


A not very well done movie about rum runners, dishonest stock brokers, football heroes, scheming women, sending Morse code on a typewriter, piracy, and some other things. When it finally ends, you can't be sure if crime does pay! You don't care either,


If you're interested in cinema history, this movie is worth seeing, despite the weak print, weak plot, and weak acting, for the interesting Roland West direction. His work was well-respected at the time; his Alibi had been nominated for one of the first Best Picture Oscars, and Corsair is in fact easier to get through. The main character drives for the plot are ridiculous, but the several solid, if few, moments of good direction and good scenes make it worth the time.