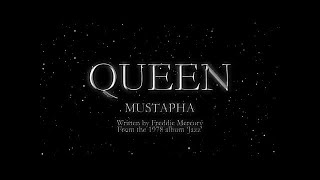 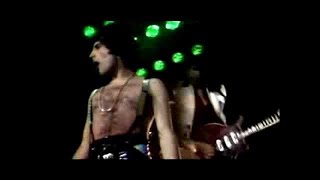 Queen: Freddie Mercury (vocals, piano); Brian May (guitar, background vocals); John Deacon (bass); Roger Taylor (drums, background vocals).
Recorded in Montreux, Switzerland and Nice, France between July and October, 1978.
In 1978, all eyes were on Queen as they released the follow-up to their monster global hit NEWS OF THE WORLD. Predictably, JAZZ didn't achieve the massive commercial success of it's predecessor, but in aesthetic terms, it's a solid statement, and a marked progression of the band's musical vision. Though the band was already well into their "eclectic" mode by this time, the stylistic ventures the band takes on this album bring them even further afield from the heavy rock they're best known for.
Freddie Mercury kicks things off with "Mustapha," a nod to his Middle Eastern origins. Queen exhibits a ribald sense of humour on "Fat Bottomed Girls." Mercury indulges his Broadway tendencies to the hilt on "IF You Can't Beat Them" and "Don't Stop Me Now," which sound like they could have come from some obscure '50s musical. The jazzy "Dreamer's Ball" and the mellow, romantic "In Only Seven Days" provide welcome contrast. Amid all this eclecticism, though, the standout tracks are the propulsive rockers "Let Me Entertain You" (whose promise they fulfill) and "Dead on Time."