When the big one finally hits L.A.

22K ratings
Currently Out of Stock: We'll get more as soon as possible
Notify Me When Available
Add to Wishlist
Format:  Blu-ray
item number:  379GA
Our customers love us! 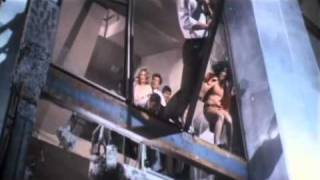 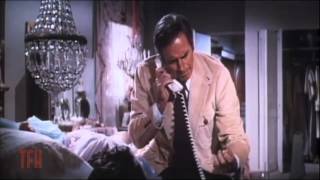 "I know you'll laugh, but
- I think we're going to have a really big quake."

This essential 1970s disaster epic, with a script co-authored by Mario Puzo (THE GODFATHER), centers around a devastating earthquake in Los Angeles and the shocking aftermath it causes. The all-star cast is led by Charleton Heston as a construction engineer whose marital problems supply him with plentiful stress before the quake even hits. The film was presented theatrically with a sound process known as "Sensurround," which caused cinemas to physically vibrate during quake sequences.

The lives of several Angelenos are shaken up when the Big One hits Los Angeles. Heading the gigantic, star-studded cast is Charlton Heston as an adulterous engineer and Ava Gardner as his jealous wife. Other characters include an Evel Knievel-like daredevil, a psychotic grocery store manager, and a hot-tempered cop -- all of whom respond to the disaster in a variety of ways, ranging from heroic to deranged.