You're Out of Luck

Frank Darro and Mantan Moreland team up once again to catch a killer. 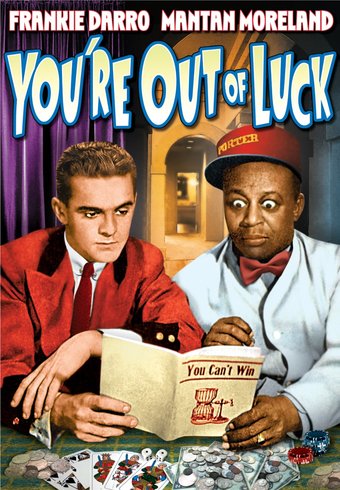 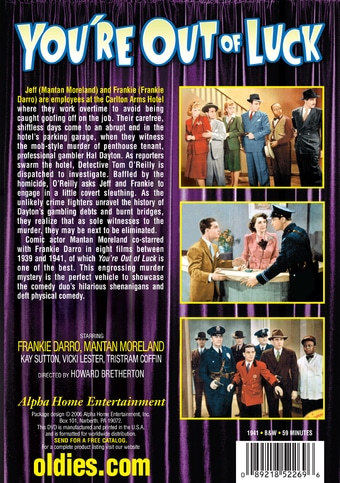 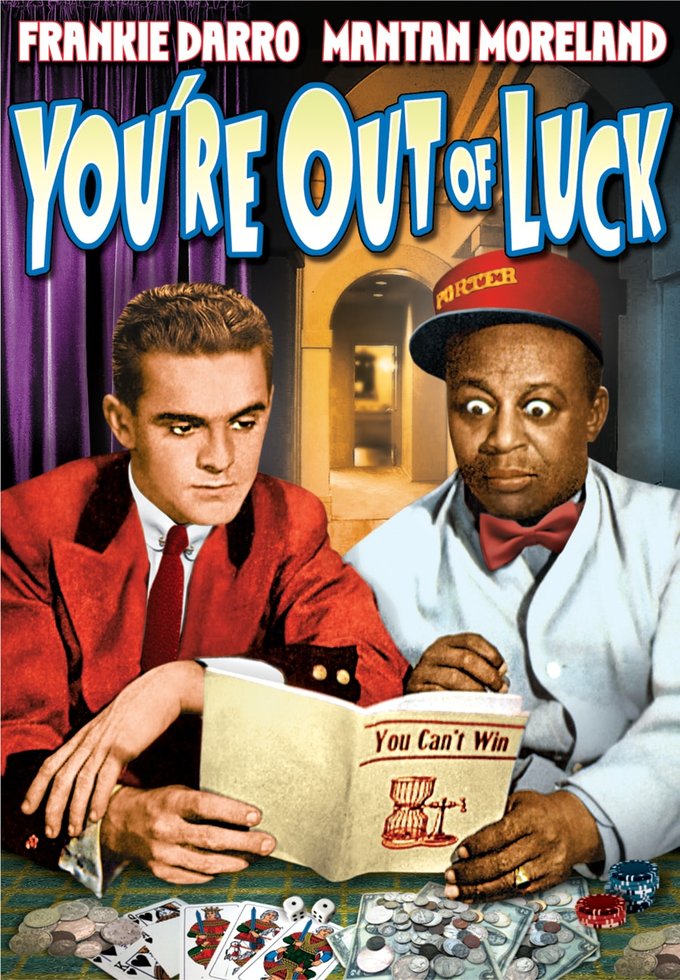 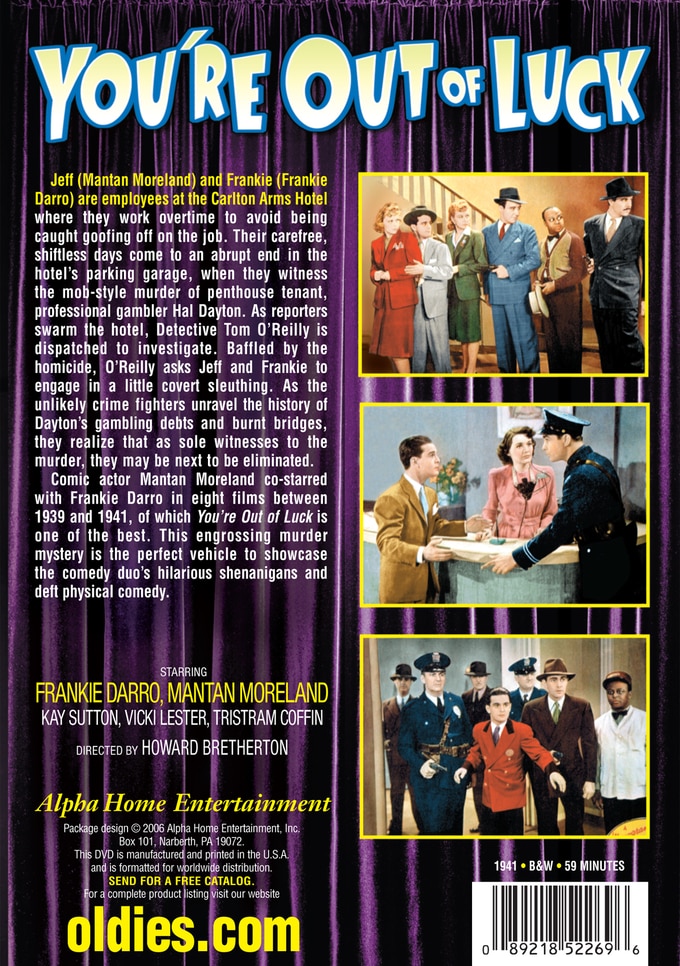 Jeff (Mantan Moreland) and Frankie (Frankie Darro) are employees at the Carlton Arms Hotel where they work overtime to avoid being caught goofing off on the job. Their carefree, shiftless days come to an abrupt end in the hotel's parking garage, when they witness the mob-style murder of penthouse tenant, professional gambler Hal Dayton. As reporters swarm the hotel, Detective Tom O'Reilly is dispatched to investigate. Baffled by the homicide, O'Reilly asks Jeff and Frankie to engage in a little covert sleuthing. As the unlikely crime fighters unravel the history of Dayton's gambling debts and burnt bridges, they realize that as sole witnesses to the murder, they may be next to be eliminated.

Comic actor Mantan Moreland co-starred with Frankie Darro in eight films between 1939 and 1941, of which You're Out of Luck is one of the best. This engrossing murder mystery is the perfect vehicle to showcase the comedy duo's hilarious shenanigans and deft physical comedy.

YOU'RE OUT OF LUCK, from 1941, is a comedy crime caper featuring newspaper boys, detectives, the mob, cops, and more. Action, adventure, women, and laughs are all on offer. Mantan Moreland, one of the great unsung early African American actors, stars, along with Paul Bryer and Frankie Darro.

Black Comedy
This product is made-on-demand by the manufacturer using DVD-R recordable media. Almost all DVD players can play DVD-Rs (except for some older models made before 2000) - please consult your owner's manual for formats compatible with your player. These DVD-Rs may not play on all computers or DVD player/recorders. To address this, the manufacturer recommends viewing this product on a DVD player that does not have recording capability.

Customer Rating:
Based on 92 ratings.


Once again the two team up to solve another crime. A good watch. Highly recomended.