A black night-watchman is accused of murder when he discovers the body of a dead white woman / Two cowboys help homesteaders fight a nefarious land-poacher in this all black cast western adventure. 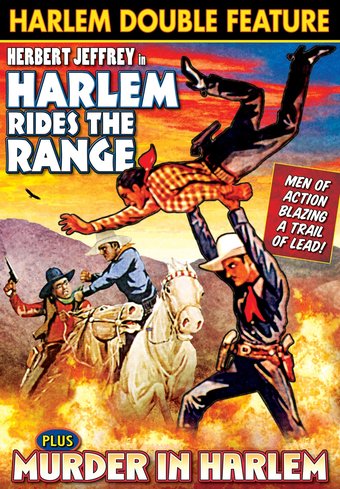 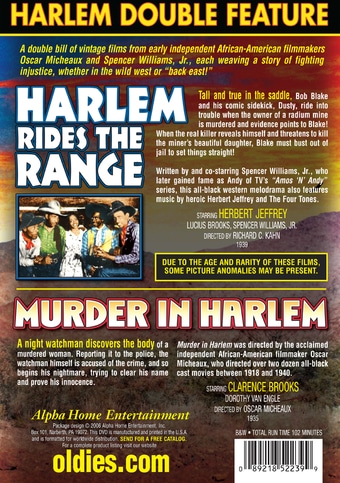 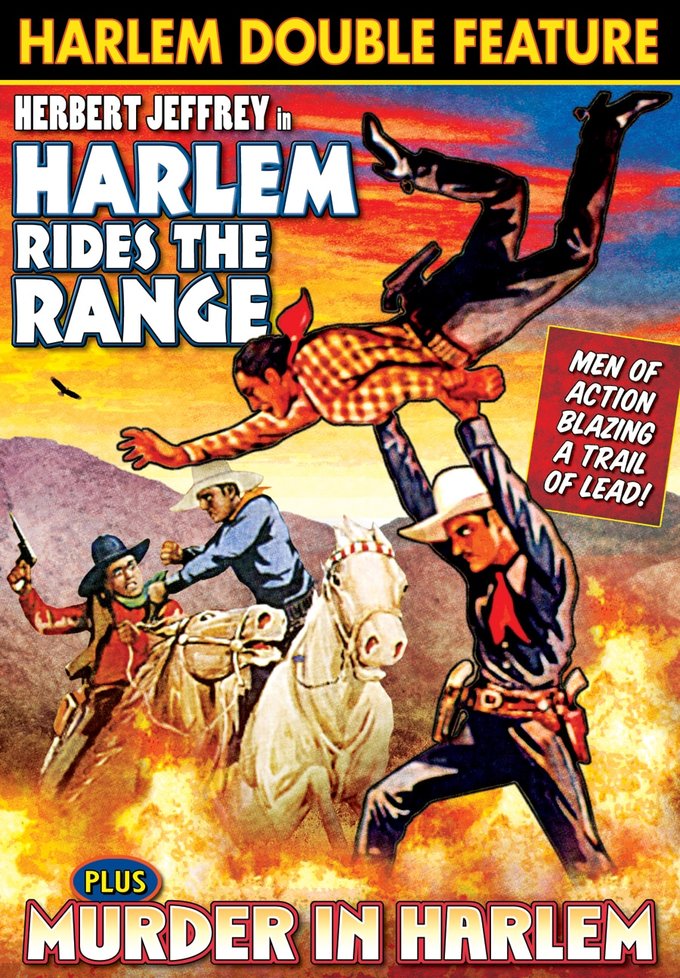 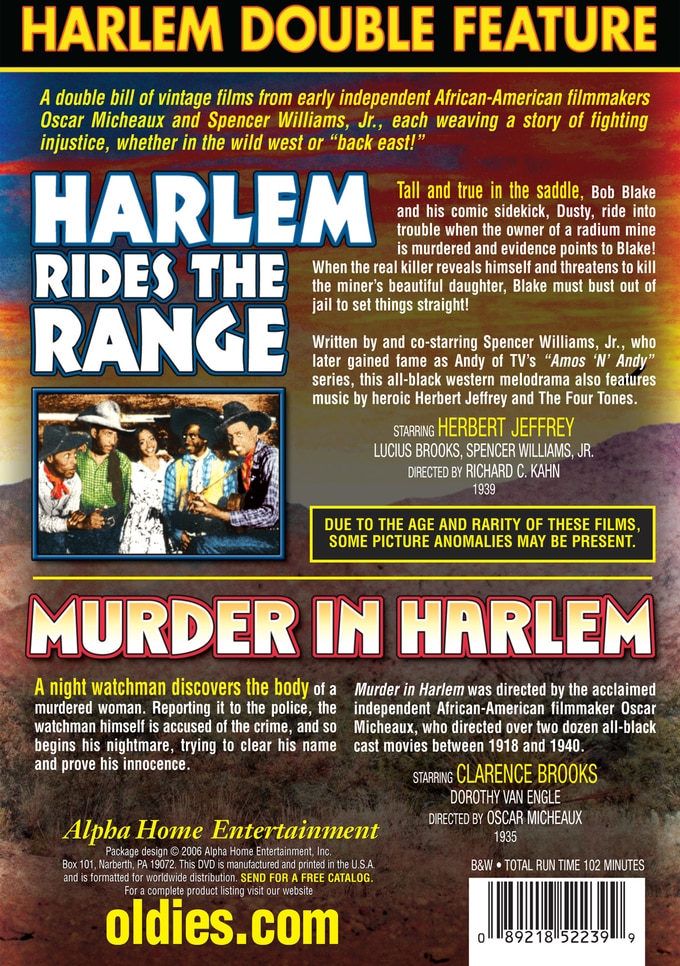 A double bill of vintage films from early independent African-American filmmakers Oscar Micheaux and Spencer Williams, Jr., each weaving a story of fighting injustice, whether in the wild west or "back east!"

Harlem Rides The Range (B&W, 1939): Tall and true in the saddle, Bob Blake and his comic sidekick, Dusty, ride into trouble when the owner of a radium mine is murdered and evidence points to Blake! When the real killer reveals himself and threatens to kill the miner's beautiful daughter, Blake must bust out of jail to set things straight! Written by and co-starring Spencer Williams, Jr., who later gained fame as Andy of TV's "Amos 'N' Andy" series, this all-black western melodrama also features music by heroic Herbert Jeffrey and The Four Tones.

Murder in Harlem (B&W, 19356): A night watchman discovers the body of a murdered woman. Reporting it to the police, the watchman himself is accused of the crime, and so begins his nightmare, trying to clear his name and prove his innocence.

Murder in Harlem was directed by the acclaimed independent African-American filmmaker Oscar Micheaux, who directed over two dozen all-black cast movies between 1918 and 1940.

Murder
This product is made-on-demand by the manufacturer using DVD-R recordable media. Almost all DVD players can play DVD-Rs (except for some older models made before 2000) - please consult your owner's manual for formats compatible with your player. These DVD-Rs may not play on all computers or DVD player/recorders. To address this, the manufacturer recommends viewing this product on a DVD player that does not have recording capability.