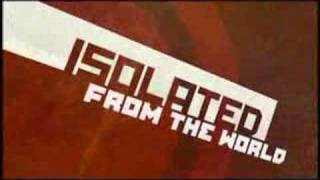 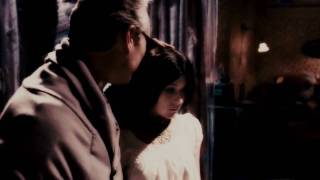 Begun in 2002 as a Los Angeles stage production by writers Darren Smith and Terrence Zdunich, REPO! THE GENETIC OPERA was designed as a gory, comedic Grand Guignol to appeal more to club goers than fans of musical theater. One fan, aspiring director Darren Lynn Bousman, who has since worked on the SAW franchise, vowed to one day direct a film version of the show. Six years (and five SAW films) later, he has made good on his promise with a bizarre, gory, and unique piece of work that is as sure to entertain as it is to polarize its audience. In the year 2056, following an epidemic of human organ failure, the GeneCo Corporation--owned by the mafia-like Largo family--grows and installs new organs on a massive scale. The business, though, necessitates the employment of repo men to reclaim the organs from clients who miss their payments. Repo man and single father Nathan Wallace (Anthony Head, BUFFY THE VAMPIRE SLAYER) keeps his job a secret from his terminally ill daughter, Shilo (Alexa Vega), doing it only to pay for her costly medication. Nathan also has a secret history with GeneCo patriarch Rotti Largo (Paul Sorvino)---and their connection is about to become public knowledge on the night of a concert from popular singer--and GeneCo client--Blind Mag (Sarah Brightman).

Compellingly strange, REPO! resembles a comic book-influenced goth dinner theater production set within a dystopian video game. Musically, the score concentrates more on libretto-like sung dialogue than memorable tunes (save Vega's pop-punk "Sixteen" and Brightman's chilling "Chromaggia"), but the cast appears to be having a blast. Skinny Puppy's Nivek Ogre lends some underground cred as the most twisted member of the Largo clan, but Brightman gives the comically bloody proceedings true legitimacy. A surprising casting choice, she's an almost regal presence, and her goosebump-inducing soprano soars stratospherically above this fun cult film in-the-making.

16%off
Alleluia! The Devil's Carnival
$12.50 Super Savings
Add to Cart