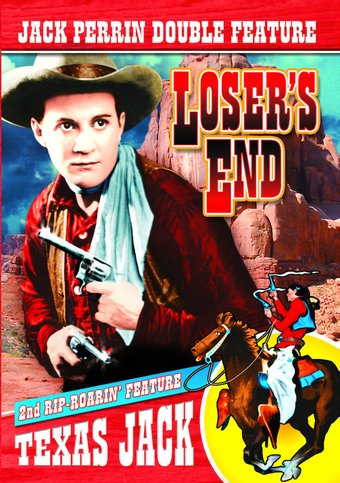 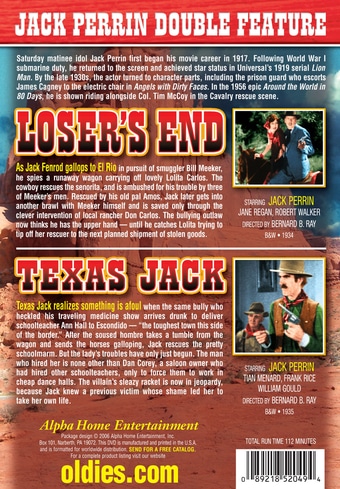 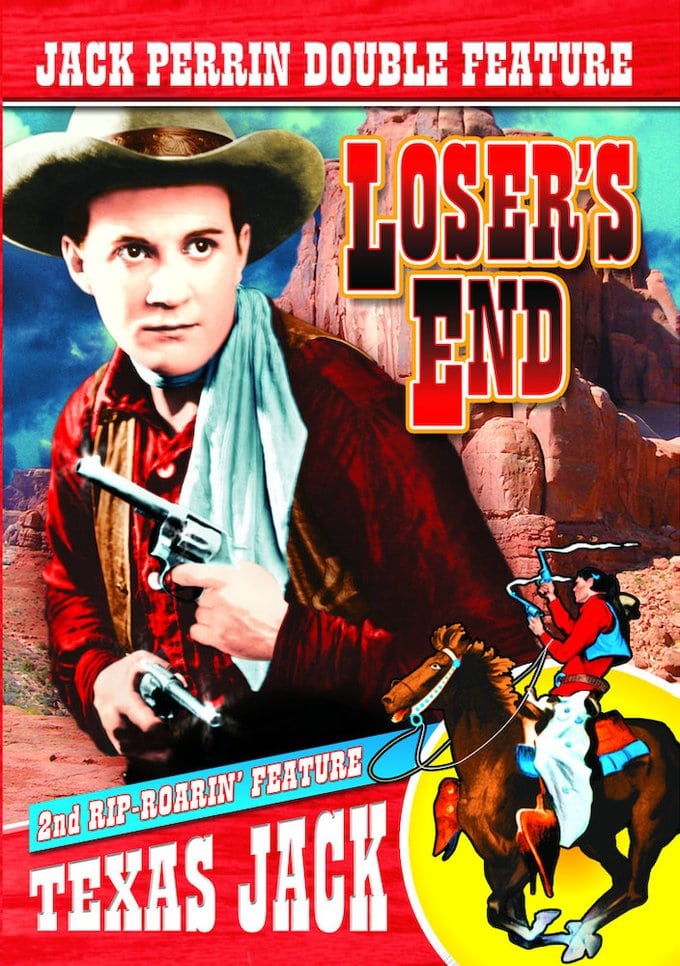 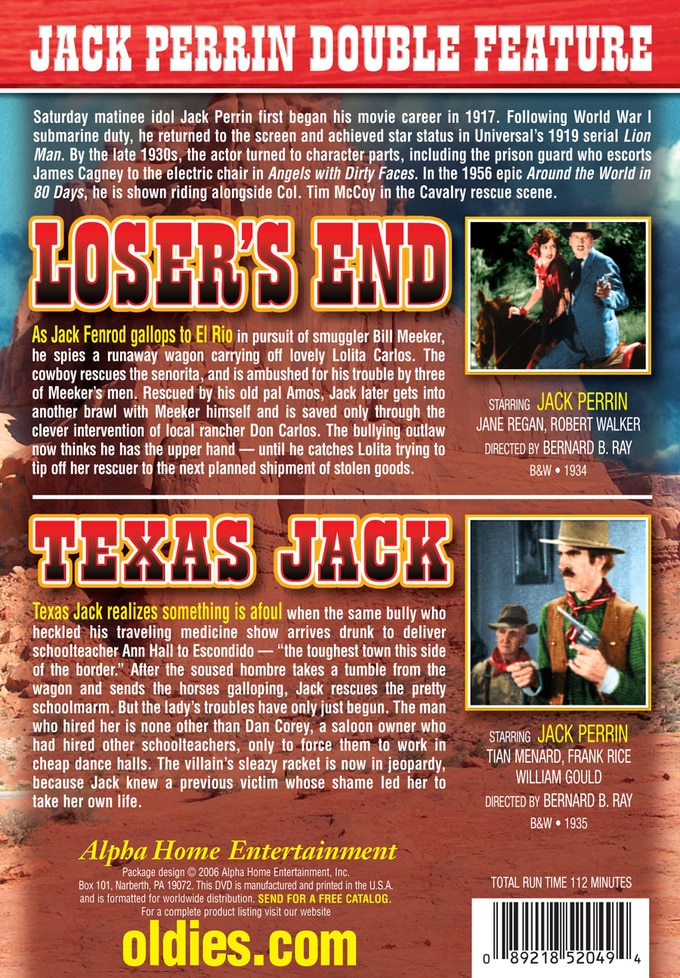 Saturday matinee idol Jack Perrin first began his movie career in 1917. Following World War I submarine duty, he returned to the screen and achieved star status in Universal's 1919 serial Lion Man. By the late 1930s, the actor turned to character parts, including the prison guard who escorts James Cagney to the electric chair in Angels with Dirty Faces. In the 1956 epic Around the World in 80 Days, he is shown riding alongside Col. Tim McCoy in the Cavalry rescue scene.

Loser's End (B&W, 1934): As Jack Fenrod gallops to El Rio in pursuit of smuggler Bill Meeker, he spies a runaway wagon carrying off lovely Lolita Carlos. The cowboy rescues the senorita, and is ambushed for his trouble by three of Meeker's men. Rescued by his old pal Amos, Jack later gets into another brawl with Meeker himself and is saved only through the clever intervention of local rancher Don Carlos. The bullying outlaw now thinks he has the upper hand - until he catches Lolita trying to tip off her rescuer to the next planned shipment of stolen goods. Stars Jack Perrin, Jane Regan and Robert Walker. Directed by Bernard B. Ray.

Texas Jack (B&W, 1935): Texas Jack realizes something is afoul when the same bully who heckled his traveling medicine show arrives drunk to deliver schoolteacher Ann Hall to Escondido - "the toughest town this side of the border." After the soused hombre takes a tumble from the wagon and sends the horses galloping, Jack rescues the pretty schoolmarm. But the lady's troubles have only just begun. The man who hired her is none other than Dan Corey, a saloon owner who had hired other schoolteachers, only to force them to work in cheap dance halls. The villain's sleazy racket is now in jeopardy, because Jack knew a previous victim whose shame led her to take her own life. Stars Jack Perrin, Trian Menard, Frank Rice. Directed by Bernard B. Ray.