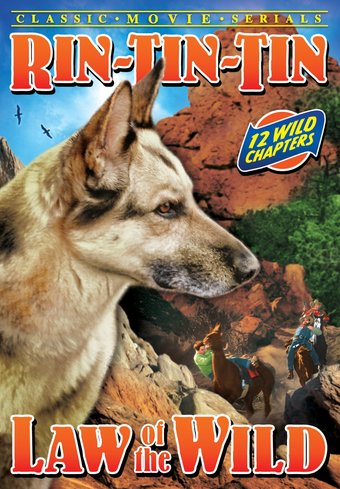 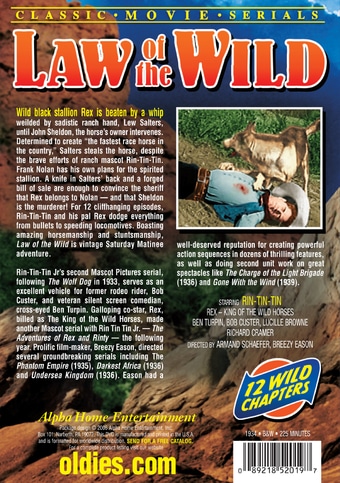 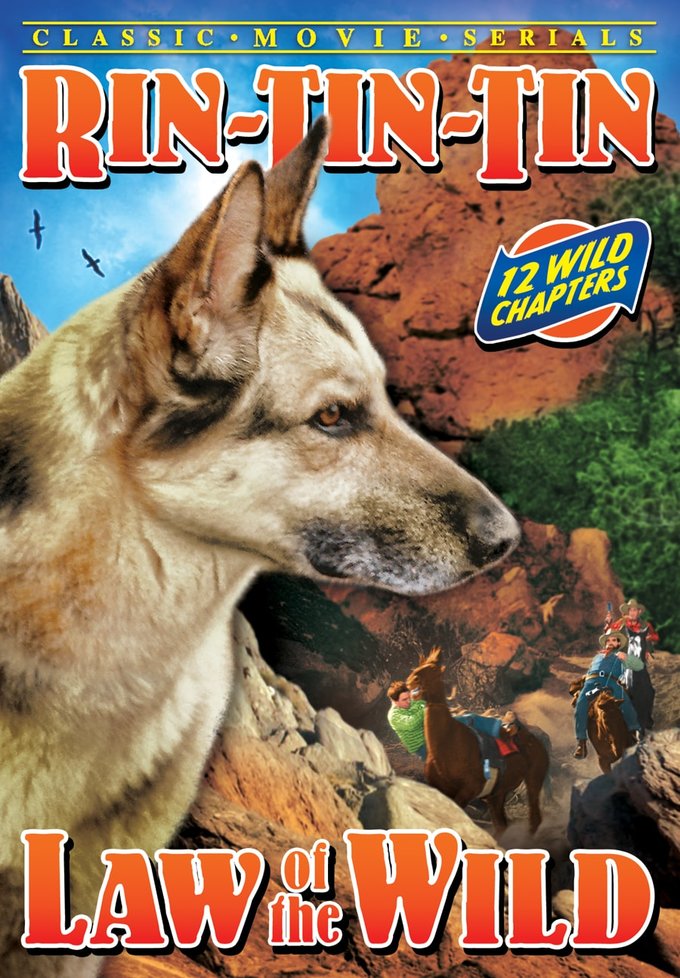 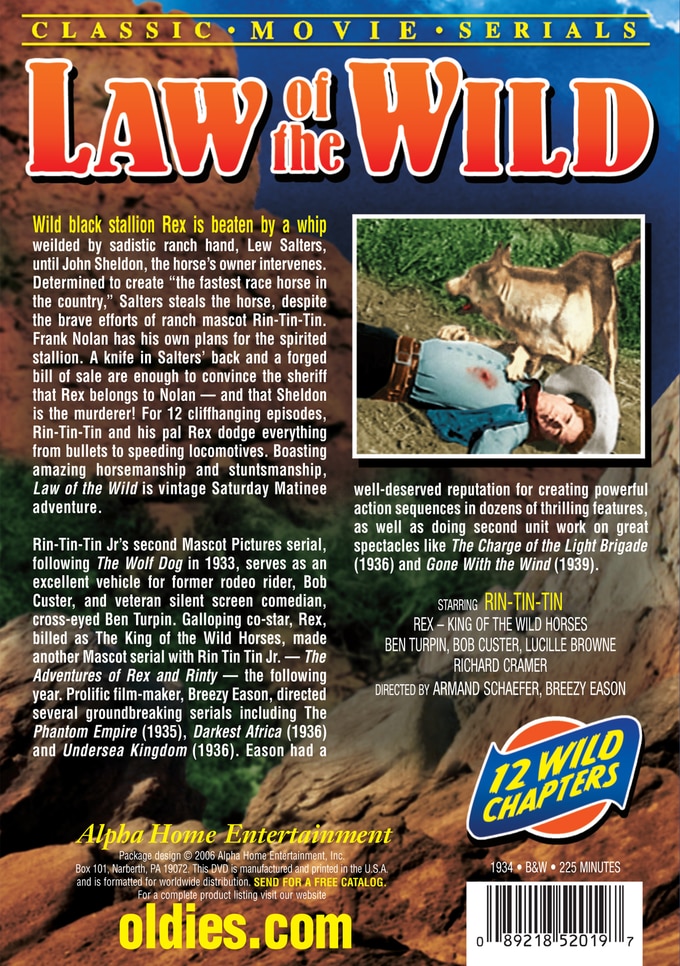 Wild black stallion Rex is beaten by a whip wielded by sadistic ranch hand, Lew Salters, until John Sheldon, the horse's owner intervenes. Determined to create "the fastest race horse in the country," Salters steals the horse, despite the brave efforts of ranch mascot Rin-Tin-Tin. Frank Nolan has his own plans for the spirited stallion. A knife in Salters' back and a forged bill of sale are enough to convince the sheriff that Rex belongs to Nolan - and that Sheldon is the murderer! For 12 cliffhanging episodes, Rin-Tin-Tin and his pal Rex dodge everything from bullets to speeding locomotives. Boasting amazing horsemanship and stuntsmanship, Law of the Wild is vintage Saturday Matinee adventure.

Rin-Tin-Tin Jr's second Mascot Pictures serial, following The Wolf Dog in 1933, serves as an excellent vehicle for former rodeo rider, Bob Custer, and veteran silent screen comedian, cross-eyed Ben Turpin. Galloping co-star, Rex, billed as The King of the Wild Horses, made another Mascot serial with Rin Tin Tin Jr. - The Adventures of Rex and Rinty - the following year. Prolific film-maker, Breezy Eason, directed several groundbreaking serials including The Phantom Empire (1935), Darkest Africa (1936) and Undersea Kingdom (1936). Eason had a well-deserved reputation for creating powerful action sequences in dozens of thrilling features, as well as doing second unit work on great spectacles like The Charge of the Light Brigade (1936) and Gone With the Wind (1939).

Silent | Vintage | Serial | Animal Heroes
This product is made-on-demand by the manufacturer using DVD-R recordable media. Almost all DVD players can play DVD-Rs (except for some older models made before 2000) - please consult your owner's manual for formats compatible with your player. These DVD-Rs may not play on all computers or DVD player/recorders. To address this, the manufacturer recommends viewing this product on a DVD player that does not have recording capability.