In a case of mistaken identity, a handsome young writer is mistaken for a bank-robber. 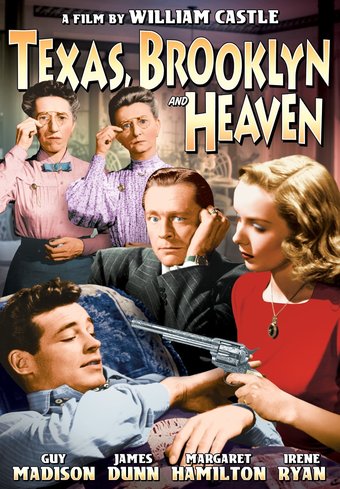 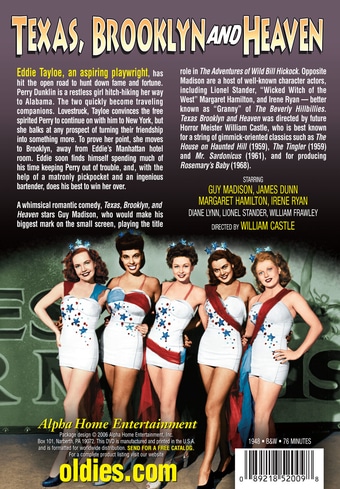 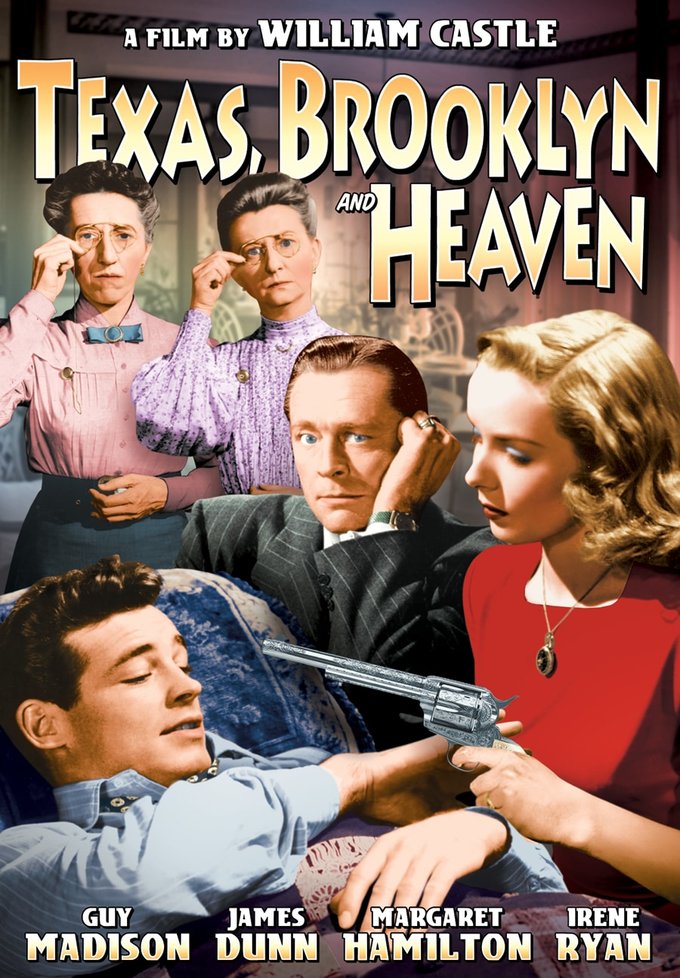 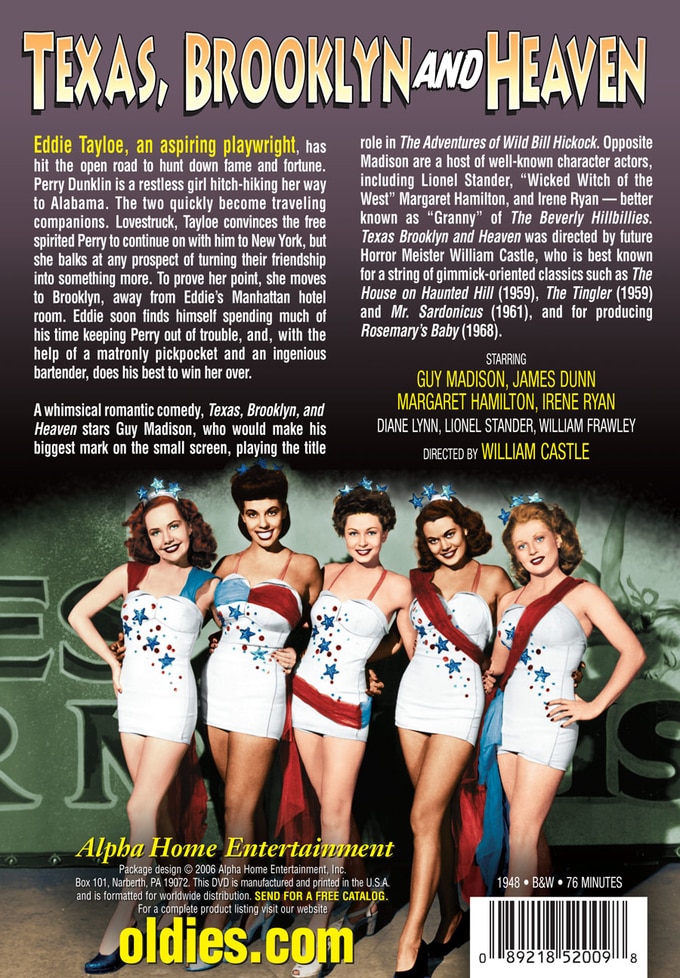 Eddie Tayloe, an aspiring playwright, has hit the open road to hunt down fame and fortune. Perry Dunklin is a restless girl hitch-hiking her way to Alabama. The two quickly become traveling companions. Lovestruck, Tayloe convinces the free spirited Perry to continue on with him to New York, but she balks at any prospect of turning their friendship into something more. To prove her point, she moves to Brooklyn, away from Eddie's Manhattan hotel room. Eddie soon finds himself spending much of his time keeping Perry out of trouble, and, with the help of a matronly pickpocket and an ingenious bartender, does his best to win her over.

A whimsical romantic comedy, Texas, Brooklyn, and Heaven stars Guy Madison, who would make his biggest mark on the small screen, playing the title role in "The Adventures of Wild Bill Hickock." Opposite Madison are a host of well-known character actors, including Lionel Stander, "Wicked Witch of the West" Margaret Hamilton, and Irene Ryan - better known as "Granny" of "The Beverly Hillbillies." Texas, Brooklyn and Heaven was directed by future "Horror Meister" William Castle, who is best known for a string of gimmick-oriented classics such as The House on Haunted Hill (1959), The Tingler (1959), Mr. Sardonicus (1961), and for producing Rosemary's Baby (1968).

Romantic Comedy | Love
This product is made-on-demand by the manufacturer using DVD-R recordable media. Almost all DVD players can play DVD-Rs (except for some older models made before 2000) - please consult your owner's manual for formats compatible with your player. These DVD-Rs may not play on all computers or DVD player/recorders. To address this, the manufacturer recommends viewing this product on a DVD player that does not have recording capability.

Customer Rating:
Based on 395 ratings.


Despite that fact that it appears like 4 or 5 different plots got mixed up in making this movie, it's an amusing light comedy. Plenty of familar faces among the cast and it's always fun seeing how the Big Apple looked more than 50 years ago.