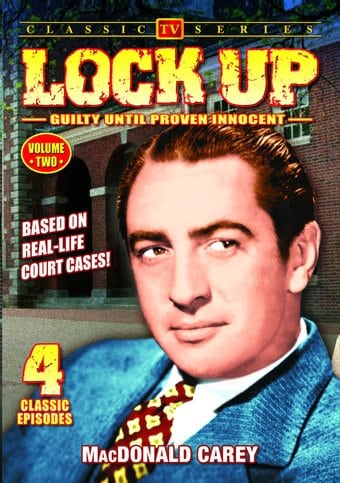 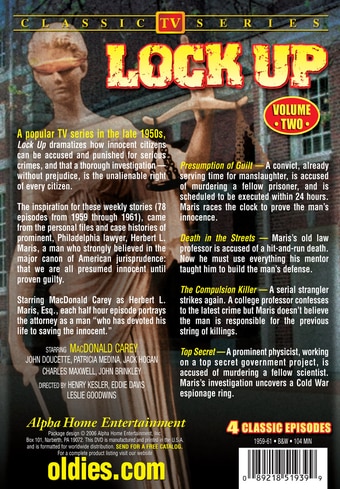 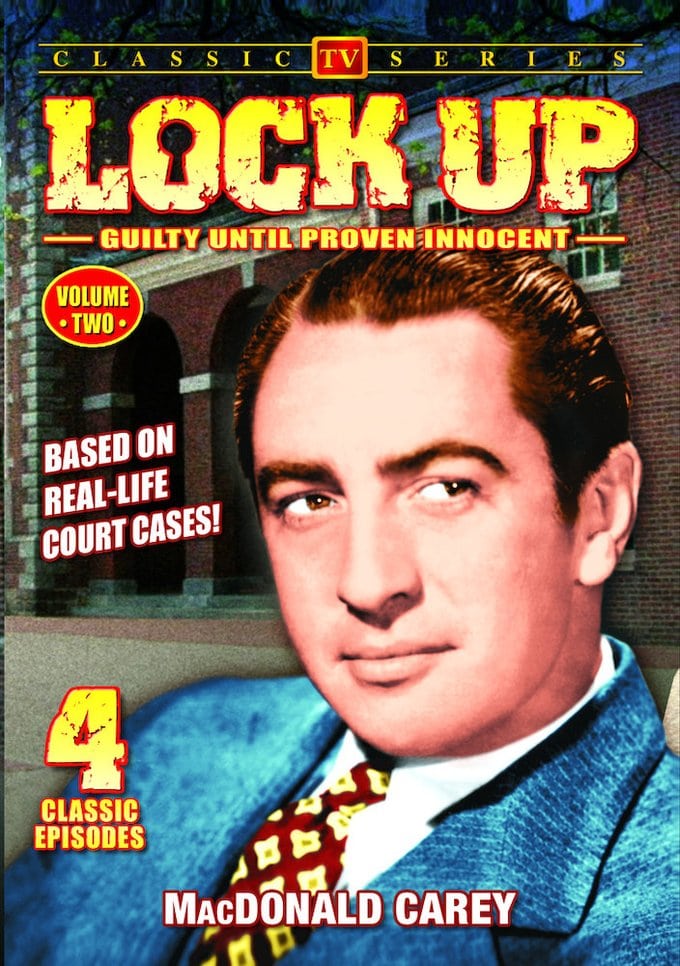 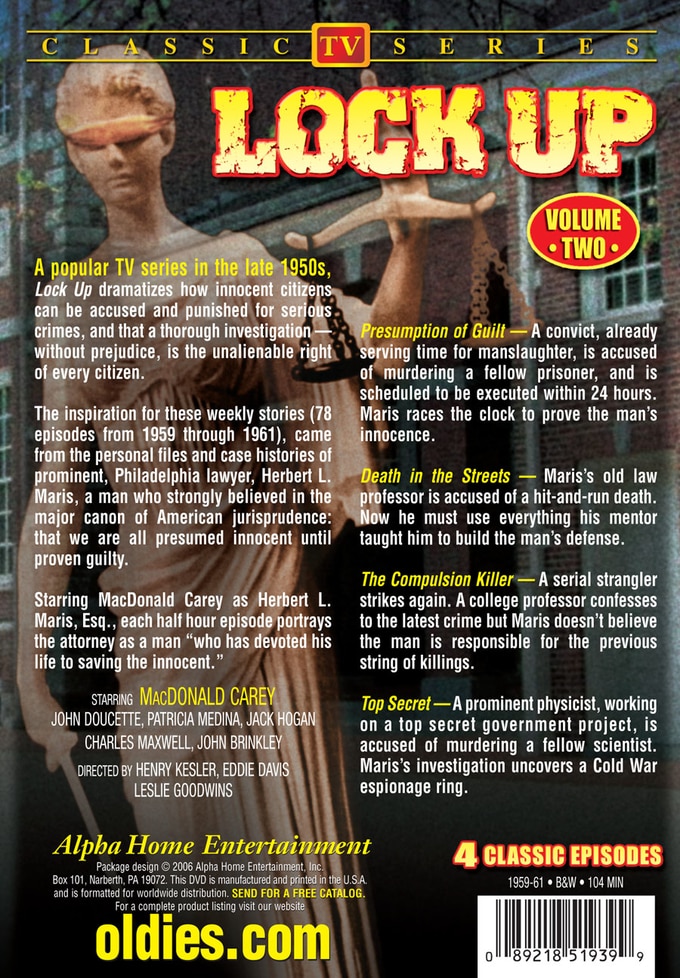 A popular TV series in the late 1950s, "Lock-Up" dramatizes how innocent citizens can be accused and punished for serious crimes, and that a thorough investigation - without prejudice, is the unalienable right of every citizen. The inspiration for these weekly stories (78 episodes from 1959 through 1961), came from the personal files and case histories of prominent, Philadelphia lawyer, Herbert L. Maris, a man who strongly believed in the major canon of American jurisprudence: that we are all presumed innocent until proven guilty. Starring MacDonald Carey as Herbert L. Maris, Esq., each half hour episode portrays the attorney as a man "who has devoted his life to saving the innocent."

Presumption of Guilt: A convict, already serving time for manslaughter, is accused of murdering a fellow prisoner, and is scheduled to be executed within 24 hours. Maris races the clock to prove the man's innocence.

Death in the Streets: Maris's old law professor is accused of a hit-and-run death. Now he must use everything his mentor taught him to build the man's defense.

The Compulsion Killer: A serial strangler strikes again. A college professor confesses to the latest crime but Maris doesn't believe the man is responsible for the previous string of killings.

This collection of television episodes from the crime-drama television show LOCK-UP offers a real treat for noir enthusiasts. Veteran actor MacDonald Carey, who later featured in Paul Schrader's AMERICAN GIGOLO, stars as lawyer Herbert L. Maris. Maris enjoys a challenge, and over this collection of episodes he takes on some extremely tough cases, most of which involve him fighting to free people he believes have been wrongly incarcerated. Four episodes are included here: "Presumption of Guilt," "Death in the Streets," "The Compulsion Killer," and "Top Secret."