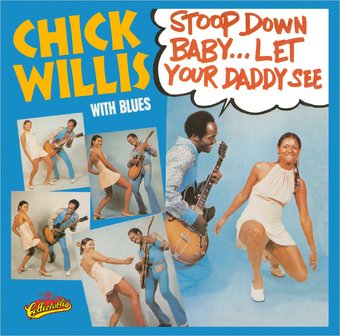 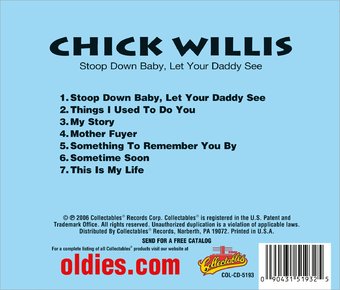 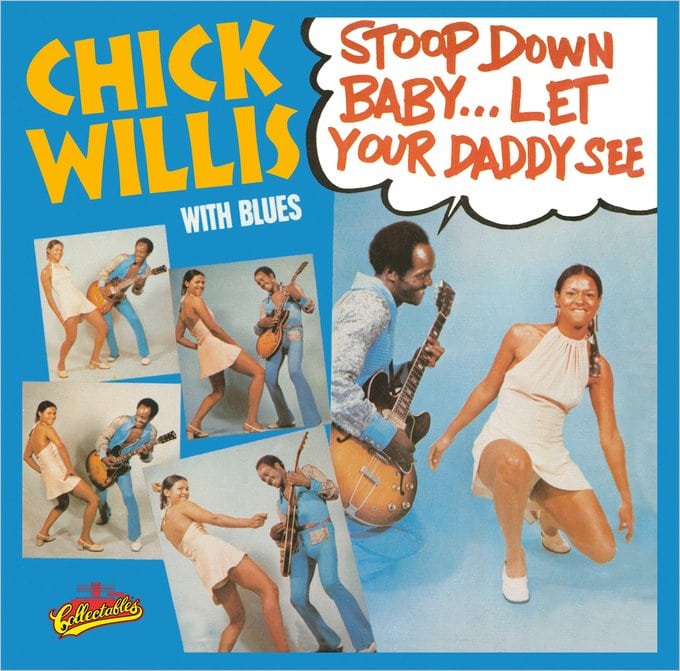 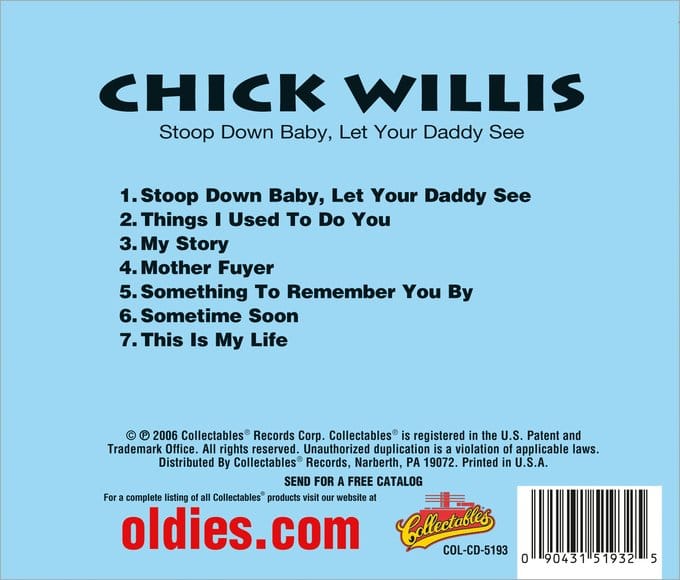 Chick Willis got his start in the business as valet and chauffeur to his cousin, Blues ballad singer Chuck Willis. He eventually joined his cousin's show as a singer and worked for the next few years as a side man. Willis also worked at carnival variety shows, where he perfected the ribald rhymes that made his 1972 "Stoop Down Baby" a jukebox hit (the song was considered too "raunchy" to be released for airplay). RisquŽ material was Willis strong suit - on this compilation, you'll hear him at his rowdy best.

One Listen Is Enough for Me Music Lover: Philip Penrose from Gulfport, FL -- July, 4, 2017


Based on this album alone: A Chuck Berry wanna-be who just isn't as clever...and when he comes close to being clever at all, it is in the realm of cheap body parts jokes. Track one is a 21 minute spliced together live recording. Might have been fun for a hard-drinking crowd at a live show - but limiting for home listening. The remaining tracks are forgettable as well.

Eat to the Beat: The Dirtiest of Them Dirty Blues
$21 Super Savings
Add to Cart
(4)

Chick Willis
From the Heart and Soul
$10
Add to Cart