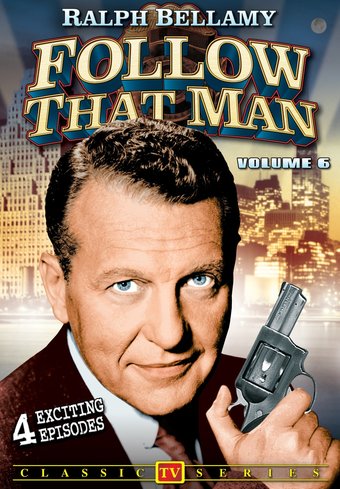 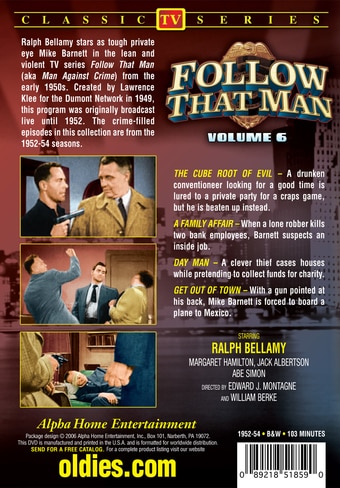 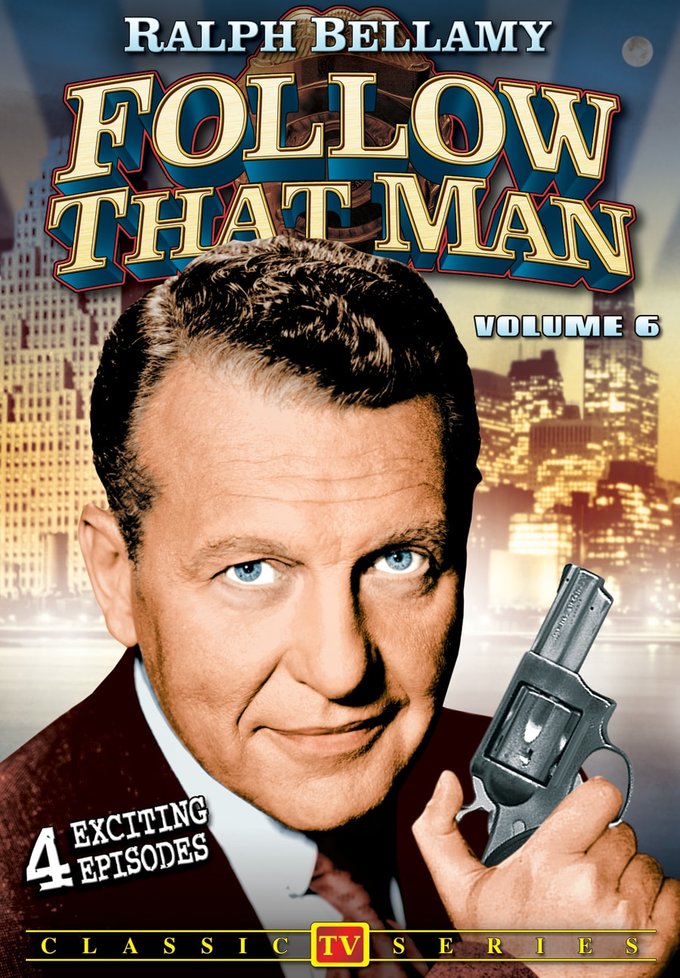 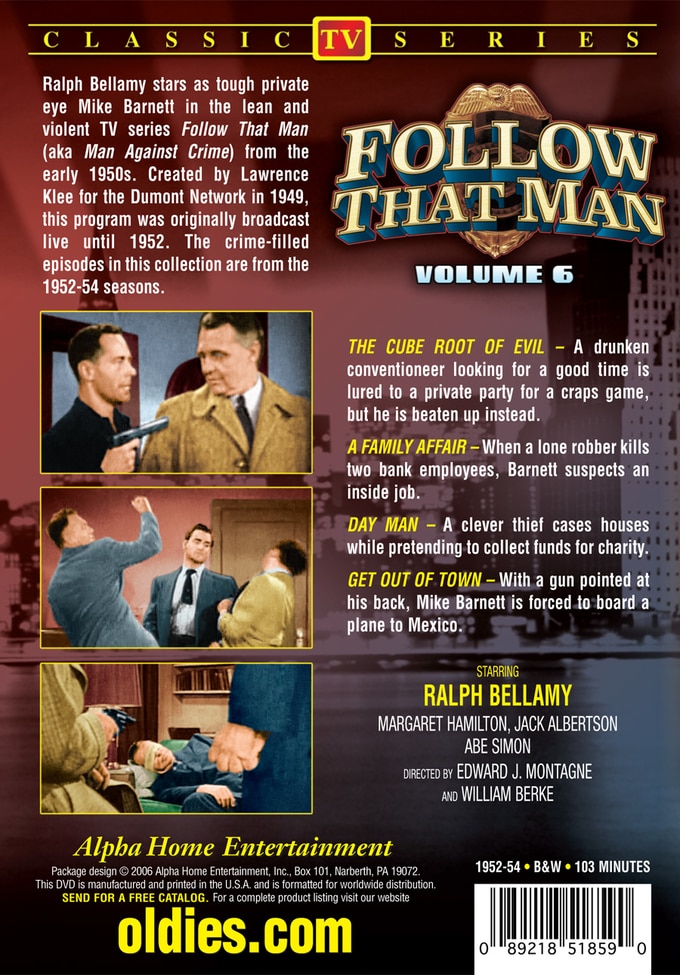 Ralph Bellamy stars as tough private eye Mike Barnett in the lean and violent TV series "Follow That Man" (aka "Man Against Crime") from the early 1950s. Created by Lawrence Klee for the Dumont Network in 1949, this program was originally broadcast live until 1952. The crime-filled episodes in this collection are from the 1952-54 seasons.

The Cube Root Of Evil: A drunken conventioneer looking for a good time is lured to a private party for a craps game, but he is beaten up instead.

A Family Affair: When a lone robber kills two bank employees, Barnett suspects an inside job.

Get Out Of Town: With a gun pointed at his back, Mike Barnett is forced to board a plane to Mexico.

Tracking the fortunes of hard-bitten private detective Mike Barnett (Ralph Bellamy), this crime drama gave him some tough cases to crack, as robbers, con men, and other shadowy figures from the criminal underworld attempted to ply their trades. FOLLOW THAT MAN aired live at its inception, but the four episodes included here were pre-recorded: "The Cube Root of Evil," "A Family Affair," "Day Man," and "Get Out of Town."

Action | Crime
This product is made-on-demand by the manufacturer using DVD-R recordable media. Almost all DVD players can play DVD-Rs (except for some older models made before 2000) - please consult your owner's manual for formats compatible with your player. These DVD-Rs may not play on all computers or DVD player/recorders. To address this, the manufacturer recommends viewing this product on a DVD player that does not have recording capability.