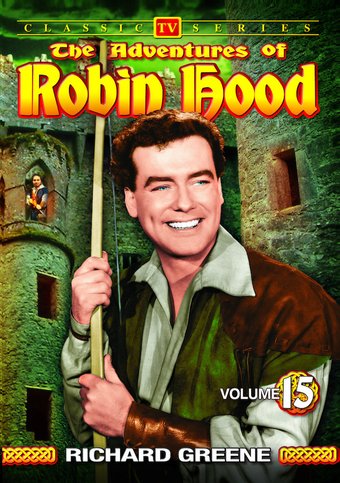 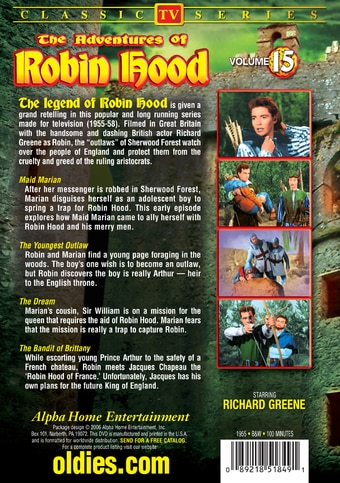 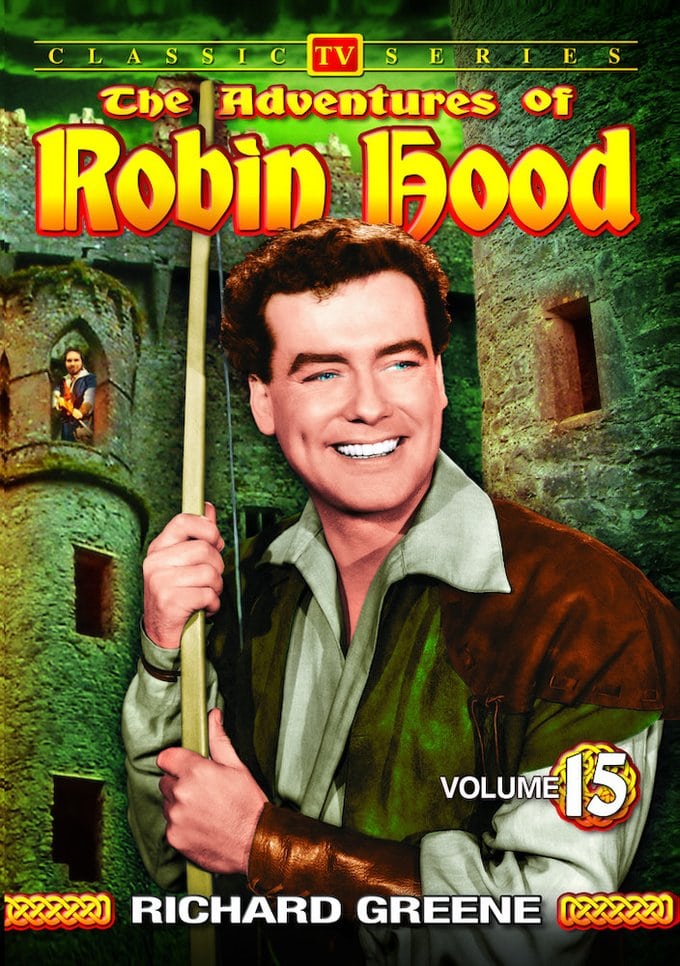 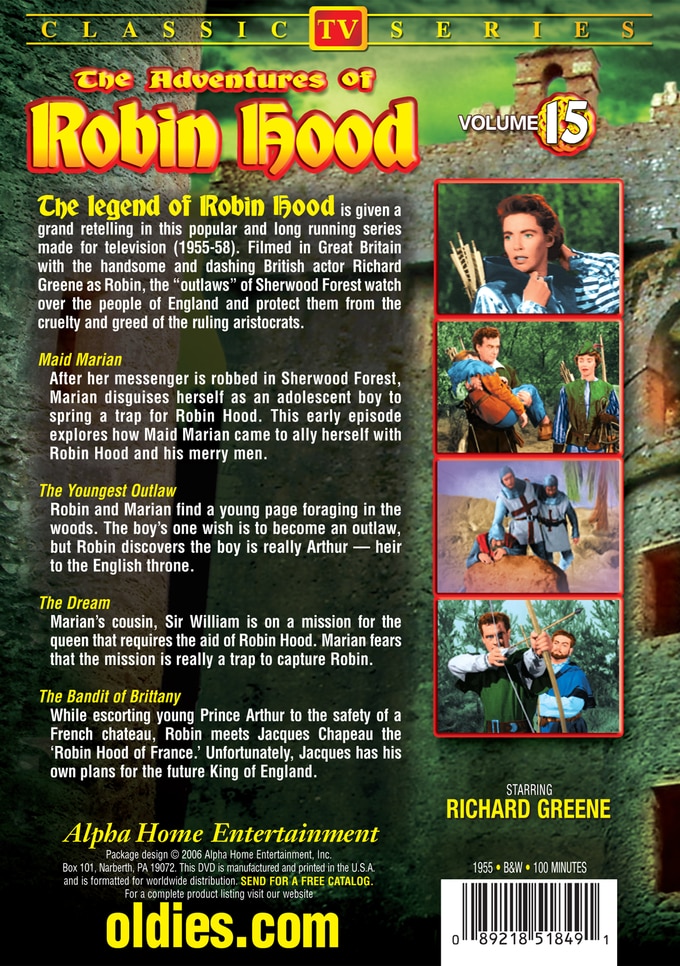 Maid Marian: After her messenger is robbed in Sherwood Forest, Marian disguises herself as an adolescent boy to spring a trap for Robin Hood. This early episode explores how Maid Marian came to ally herself with Robin Hood and his merry men.

The Youngest Outlaw: Robin and Marian find a young page foraging in the woods. The boy's one wish is to become an outlaw, but Robin discovers the boy is really Arthur - heir to the English throne.

The Dream: Marian's cousin, Sir William is on a mission for the queen that requires the aid of Robin Hood. Marian fears that the mission is really a trap to capture Robin.

The Bandit of Brittany: While escorting young Prince Arthur to the safety of a French chateau, Robin meets Jacques Chapeau the 'Robin Hood of France.' Unfortunately, Jacques has his own plans for the future King of England.

While trying to outwit Prince John and the Sheriff of Nottingham, Robin Hood and his merry men rob from the rich to give to the poor in this 1950s British television series. Richard Greene played Robin as an upbeat and expansive fellow, with a small repertory troupe playing different supporting roles. This collection presents four episodes from the show: "Maid Marian," "The Youngest Outlaw," "The Dream," and "The Bandit of Brittany."

Action | Adventure | Outlaws | Made-For-Network TV
This product is made-on-demand by the manufacturer using DVD-R recordable media. Almost all DVD players can play DVD-Rs (except for some older models made before 2000) - please consult your owner's manual for formats compatible with your player. These DVD-Rs may not play on all computers or DVD player/recorders. To address this, the manufacturer recommends viewing this product on a DVD player that does not have recording capability.