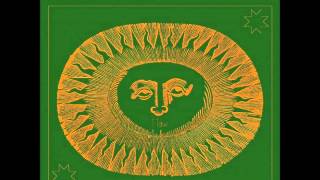 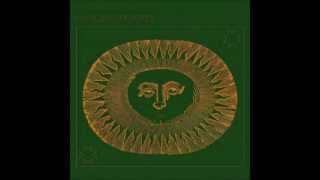 Q (Magazine) - p.102
4 stars out of 5 -- "Americana is often a genre with sepia-tinged glasses on; this is a rare and colourful leap forward."
Mojo (Publisher) - p.96
4 stars out of 5 -- "Taylor's beseeching voice and invigorating take on gospel is sincere and moving."

Personnel: M.C. Taylor (vocals, guitar, mandolin); Sonia Turner (vocals); Scott Hirsch (electric guitar, bass guitar); William Tyler (electric guitar); Gordon Hartin (pedal steel guitar); Nathan Bowles (banjo); Joseph Decosimo (fiddle); Mark Paulson (strings); Crowmeat Bob Pence (saxophone); Phil Cook (piano, Fender Rhodes piano, Wurlitzer organ); Terry Lonergan (drums, percussion).
Audio Mixer: Scott Hirsch.
Audio Remasterer: Chris Boemer.
Liner Note Author: Amanda Petrusich.
Recording information: Echo Magic, Brooklyn, NY; Nashville, Tennessee; Oxford, North Carolina; The Pinebox, Graham, NC.
Photographer: Abby Martin.
Arranger: Mark Paulson.
Haw is Hiss Golden Messenger's second offering for Paradise of Bachelors. It is titled alternately for a river in North Carolina and for a now extinct Indian tribe from the same region. The band, originally just songwriter/vocalist/guitarist M.C. Taylor and guitarist/bassist Scott Hirsch, has become a quintet. The set features over half a dozen guests, including guitarist William Tyler. These 11 songs are drenched in eternal themes: faith, dread, family, spirituality, and metaphor. They are musically rooted in the traditions of the American South -- folk, bluegrass, swampy rock, country gospel, warped R&B -- and offer strange twists and turns on them all. In opener "Red Rose Nantahala," rockabilly, electric Piedmont blues, and a popping, greasy Stax-like bassline all meld with their edges exposed. The eerie spiritual country psych in "Sufferer (Love My Conqueror)" is where roots meet space. The melding of Taylor's and Sonia Turner's voices is haunting, beautiful, darkly prophetic; the swirling violins and horns that intermittently appear and vanish create textural dimensions that make it all the more mysterious. The back-porch flatpicking acoustic guitar ramble that is "I've Got a Name for the Newborn Child" is offset by a shuffling snare that resonates under the hooky chorus. "Devotion" is slow enough to have been played by Crazy Horse. Its loose-tuned drums are the only non-reverbed instrument, as Taylor's voice comes wafting from the center as shimmering electric guitars, a snail-paced bassline, and endlessly echoing acoustics surround him. Layered fiddles come in midway to act as a bridge, but the track circles back to its nearly hypnotic slowness. The lyric is world-weary, disenchanted, yet refuses to stray from the stubborn path chosen by the protagonist. The backwoods country-rock of "Sweet as John Hurt" has Taylor autobiographically proclaiming "I come from the bottom of the river Haw" (he does), as electric guitars and Gordon Hartin's pedal steel decorate his drawling plaintive vocal. The band effortlessly embodies the traditions of country, folk, rock, and bluegrass simultaneously to support his delivery. Throughout these songs, Taylor's lyrics and the grain in his voice reveal that, whatever truths there are in these songs, they come from antiquity, and the land itself, which is an extension of the divine. They are merely articulated through his experience, not his own wisdom. The many different musics on Haw are familiar, timeless; they can be endlessly recombined for new purposes. But HGM stand out because they don't combine them so much as play them simultaneously and inseparably as part of a single tradition. In a decade or two, Haw will sound as warm, clear, and spooky as it does today. ~ Thom Jurek

15%off
Hiss Golden Messenger
Devotion:Songs About Rivers And Spiri
$106
Add to Cart

58%off
Patsy Cline
The Fabulous
$4.98 on Sale
Out of Stock
Save for Later