A Shot in the Dark

A collage football hero is on the trail of a campus serial killer. 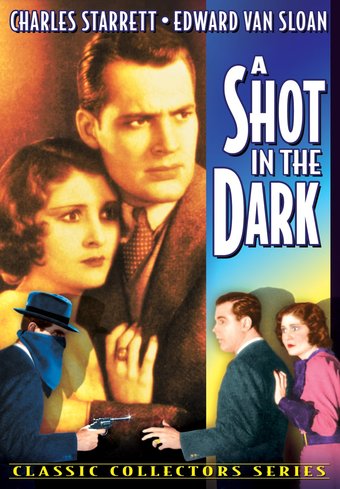 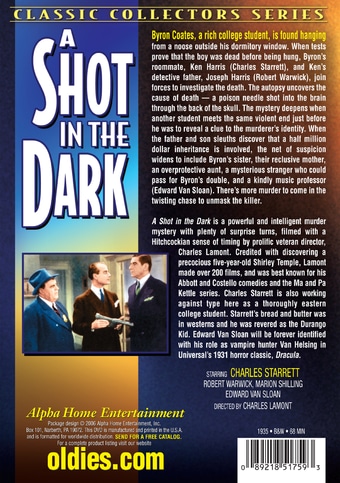 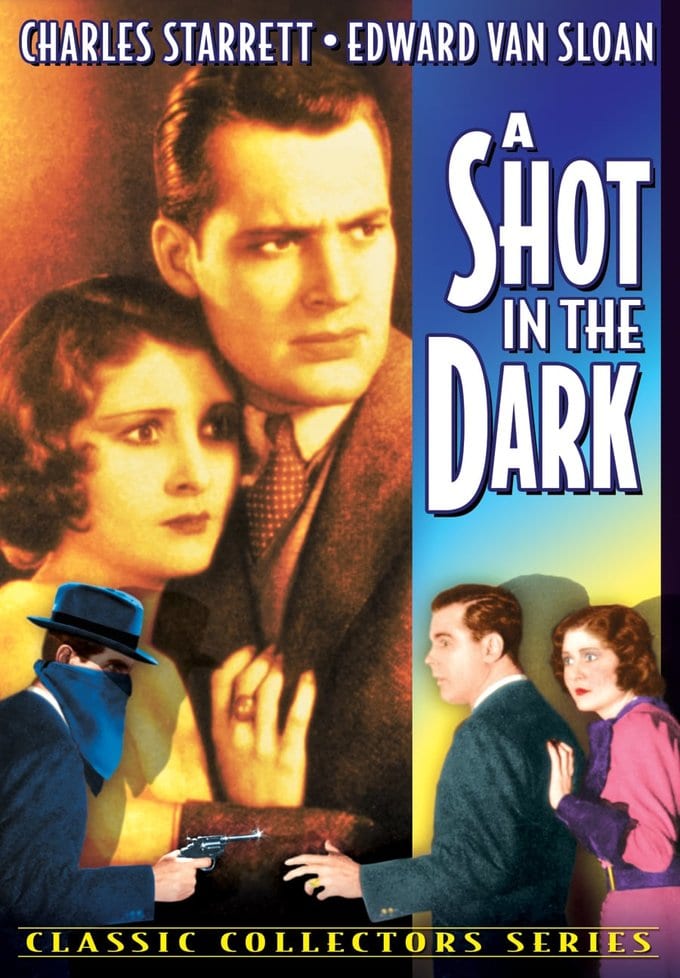 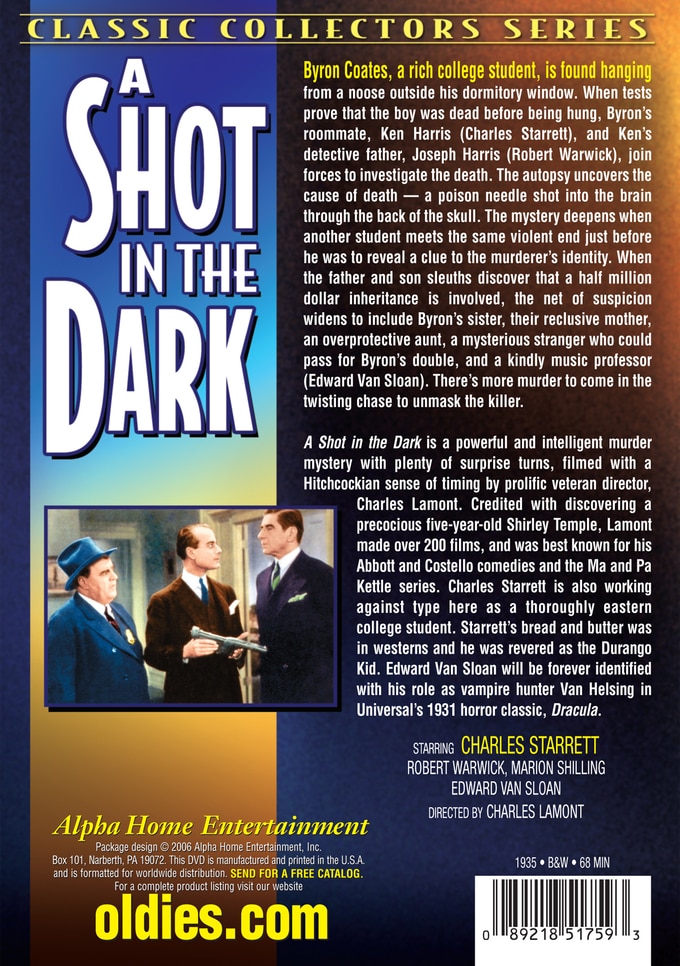 Byron Coates, a rich college student, is found hanging from a noose outside his dormitory window. When tests prove that the boy was dead before being hung, Byron's roommate, Ken Harris (Charles Starrett), and Ken's detective father, Joseph Harris (Robert Warwick), join forces to investigate the death. The autopsy uncovers the cause of death - a poison needle shot into the brain through the back of the skull. The mystery deepens when another student meets the same violent end just before he was to reveal a clue to the murderer's identity. When the father and son sleuths discover that a half million dollar inheritance is involved, the net of suspicion widens to include Byron's sister, their reclusive mother, an overprotective aunt, a mysterious stranger who could pass for Byron's double, and a kindly music professor (Edward Van Sloan). There's more murder to come in the twisting chase to unmask the killer.

A Shot in the Dark is a powerful and intelligent murder mystery with plenty of surprise turns, filmed with a Hitchcockian sense of timing by prolific veteran director, Charles Lamont. Credited with discovering a precocious five-year-old Shirley Temple, Lamont made over 200 films, and was best known for his Abbott and Costello comedies and the Ma and Pa Kettle series. Charles Starrett is also working against type here as a thoroughly eastern college student. Starrett's bread and butter was in westerns and he was revered as the Durango Kid. Edward Van Sloan will be forever identified with his role as vampire hunter Van Helsing in Universal's 1931 horror classic, Dracula.