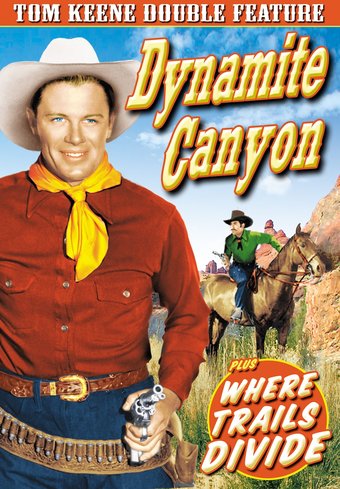 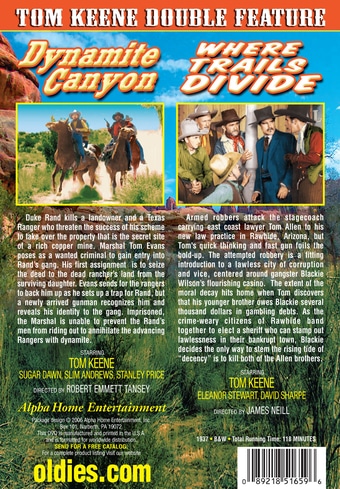 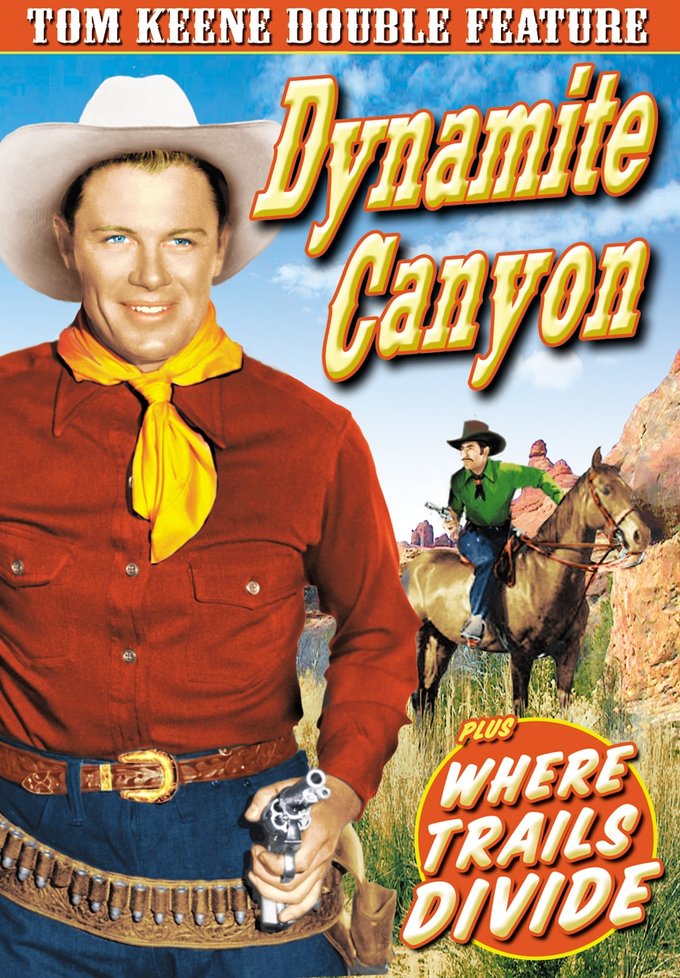 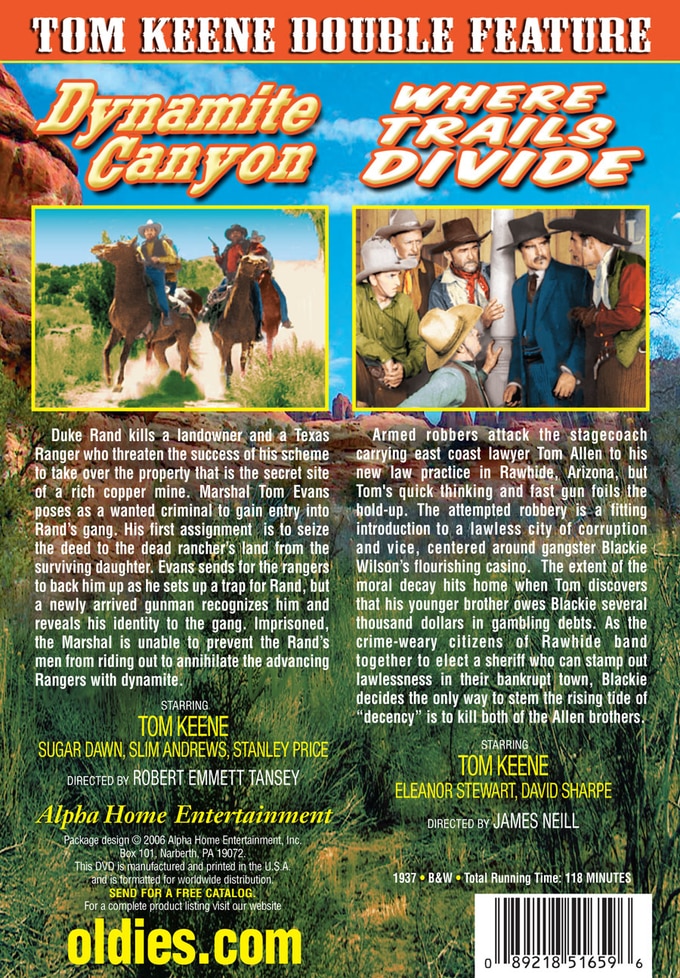 Dynamite Canyon (1941, B&W): Duke Rand kills a landowner and a Texas Ranger who threaten the success of his scheme to take over the property that is the secret site of a rich copper mine. Marshal Tom Evans poses as a wanted criminal to gain entry into Rand's gang. His first assignment is to seize the deed to the dead rancher's land from the surviving daughter. Evans sends for the rangers to back him up as he sets up a trap for Rand, but a newly arrived gunman recognizes him and reveals his identity to the gang. Imprisoned, the Marshal is unable to prevent the Rand's men from riding out to annihilate the advancing Rangers with dynamite.

Where Trails Divide (1937, B&W): Armed robbers attack the stagecoach carrying east coast lawyer Tom Allen to his new law practice in Rawhide, Arizona, but Tom's quick thinking and fast gun foils the hold-up. The attempted robbery is a fitting introduction to a lawless city of corruption and vice, centered around gangster Blackie Wilson's flourishing casino. The extent of the moral decay hits home when Tom discovers that his younger brother owes Blackie several thousand dollars in gambling debts. As the crime-weary citizens of Rawhide band together to elect a sheriff who can stamp out lawlessness in their bankrupt town, Blackie decides the only way to stem the rising tide of "decency" is to kill both of the Allen brothers.