Lance Clayton is about to get everything he deserves. 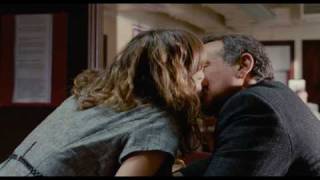 New York Times - 08/21/2009
"With a merciless acuity this nihilistic comedy ridicules collective grief and the news media's cynical marketing of inspirational uplift after a death."
Los Angeles Times - 08/28/2009
"For all of its cutting cynicism, DAD proves unexpectedly moving in its portrait of a middle-aged man leaving childish things behind."
A.V. Club - 08/20/2009
"[A] savagely funny, unexpectedly touching exploration of the need to idealize and romanticize the dead..." -- Grade: B+
Movieline - 08/21/2009
"[F]ully charged with angst and anguish and unrelenting bitterness that periodically gives way to one of the year's sweetest, sincerest character dramas."
Entertainment Weekly - 09/04/2009
"[A] toxic satire of celebrity, hypocrisy, and the power of idiotic suggestion. Williams hasn't been this sympathetic in years." -- Grade: B+
Sight and Sound - 03/01/2010
"[Goldthwait] does pull off the considerable feat of drawing an entirely believable, sympathetic and funny performance from Williams."
Empire - 09/01/2010
3 stars out of 5 -- "It's a great concept, zig-zagging between heart-splintering tragedy and dark comedy."
Sight and Sound - 09/01/2010
"[Williams gives] his best performance in years....Goldthwait tightens his focus and the film morphs into a provocative commentary on the exploitation of death and collective gullibility."
Total Film - 10/01/2010
4 stars out of 5 -- "Goldthwait keeps us wittily wrong-footed, right up to the climax."

Comedy giants Robin Williams and Bobcat Goldthwait collaborate on this darkly funny film that played at Sundance. After the shocking accidental death of his son, Lance (Williams) writes a fake suicide note to keep his family from more trouble. But Lance is a talented writer, and the letter soon becomes an entire book which Lance is eager to sell. Goldthwait directs a cast that also includes Daryl Sabara and Alexie Gilmore.

Bruce Springsteen
Western Stars (Blu-ray)
$32.39
Out of Stock
Save for Later