The Players He'll Be Back - A Golden Classics Edition 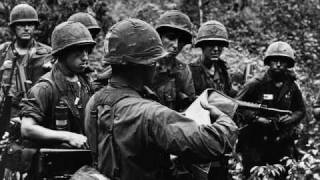 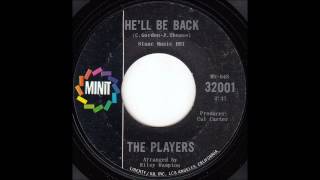 The Players - He'll Be Back (Music Video)

The Players were comprised of Herbert Butler, John Thomas and Otha Givens. They first began recording when they were still young. Their average age was only 21 and their voices blended exceptionally well together. They combined their Chicago Blues roots with Doo-Wop and Rhythm and Blues to lay down some of the most soulful tracks you'll ever hear.

Unknown Contributor Roles: Herbert Butler; John Thomas .
Arranger: Riley Hampton.
The Players -- Tony Lee Johnson, Herbert Butler, and Otha Lee Givens -- were a sweet singing trio that sounded similar to the pre-Cuba Gooding Main Ingredient, when the late Don McPherson sang lead. Minit rushed this album onto the streets to capitalize on their R&B hit "He'll Be Back," a tearjerker about a girl lamenting because her fellow is serving in Vietnam. The follow-up, "I'm Glad You Waited," was better but slightly less popular; it was an answer to "He'll Be Back," in which the soldier returns home and thanks his lady for waiting patiently. A remake of the Platters' "I Love You a Thousand Times" doesn't compare to the original. Percy Sledge's "When a Man Loves a Woman" gets a strip-down also, as none of the grit and guts displayed by Sledge is evident on the Players' rendition. The rest of the songs are classic filler; they're all right, but lack fire. ~ Andrew Hamilton

54%off
Chris Bartley
Sweetest Thing This Side of Heaven - A Golden Classics Ed. (CD-R)
$5.98 on Sale
Add to Cart


i just wanted to let everyone know how great this cd is. i definetly would recommend this to everyone.


Maybe I'm sort of biased being a D.J. from Chicago but the track He'll Be Back always moved my boys from the Southeast Side of Chi - Town. Excellent Track! I recommend this disc on that rare track alone.