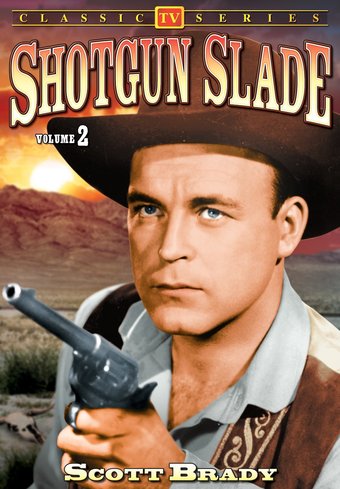 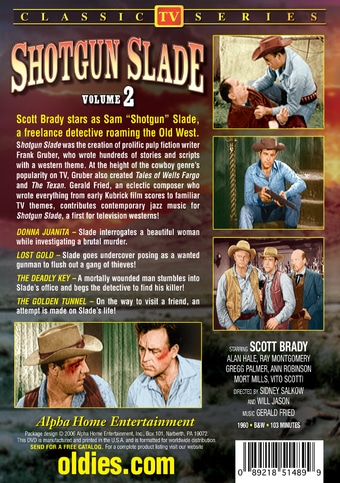 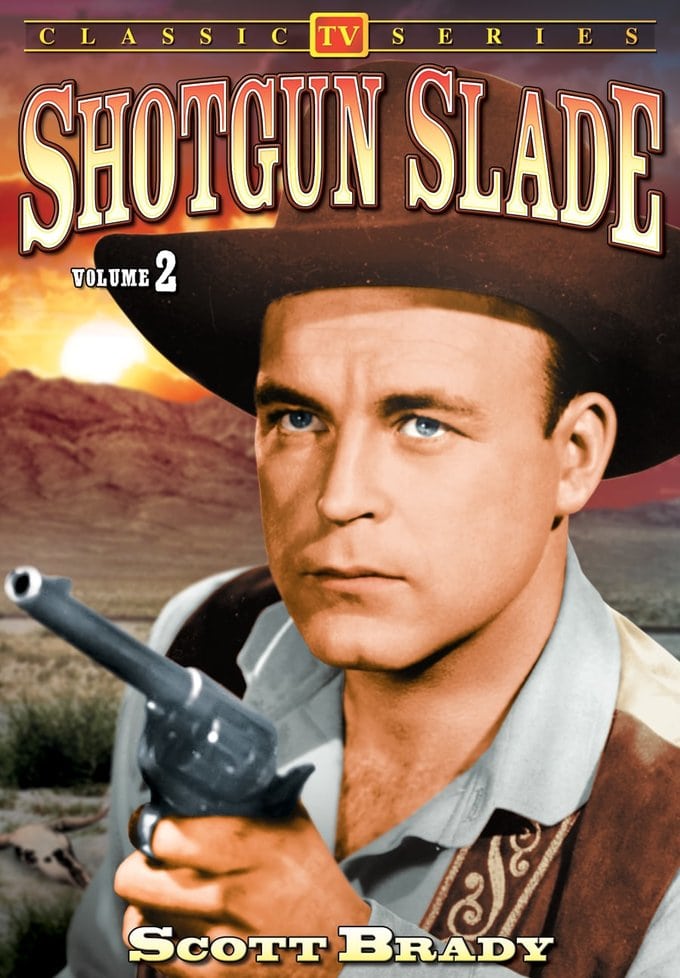 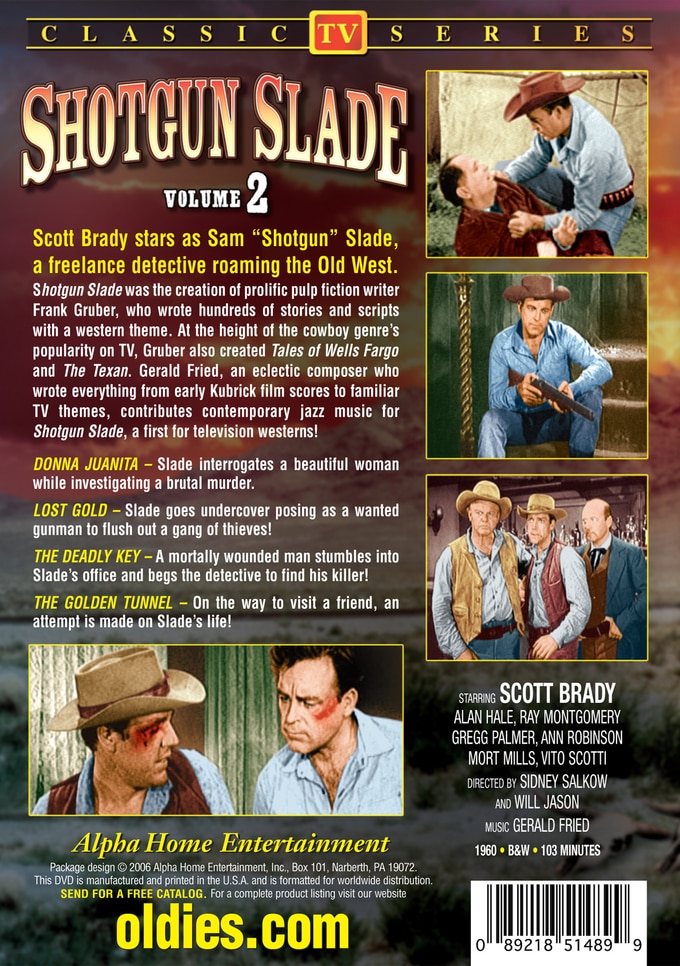 Scott Brady stars as Sam "Shotgun" Slade, a freelance detective roaming the Old West. Shotgun Slade was the creation of prolific pulp fiction writer Frank Gruber, who wrote hundreds of stories and scripts with a western theme. At the height of the cowboy genre's popularity on TV, Gruber also created Tales of Wells Fargo and The Texan. Gerald Fried, an eclectic composer who wrote everything from early Kubrick film scores to familiar TV themes, contributes contemporary jazz music for Shotgun Slade, a first for television westerns!

Lost Gold: Slade goes undercover posing as a wanted gunman to flush out a gang of thieves!

The Deadly Key: A mortally wounded man stumbles into Slade's office and begs the detective to find his killer!

The Golden Tunnel: On the way to visit a friend, an attempt is made on Slade's life!

This classic TV series combined two popular genres from the late 1950s and early '60s: the Western and the private-eye mystery. Scott Brady (THE ROCKFORD FILES) stars as Shotgun Slade, a Denver-based investigator who rides a horse and carries a special shotgun for emergencies. The anomalous aspects of the show were augmented by an experimental jazz score by Gerald Fried. This collection presents four episodes: "Donna Juanita," "Lost Gold," "The Deadly Key," and "The Golden Tunnel."

Adventure | Made-For-Network TV | Detective | Television Shows
This product is made-on-demand by the manufacturer using DVD-R recordable media. Almost all DVD players can play DVD-Rs (except for some older models made before 2000) - please consult your owner's manual for formats compatible with your player. These DVD-Rs may not play on all computers or DVD player/recorders. To address this, the manufacturer recommends viewing this product on a DVD player that does not have recording capability.