A group of kids investigate the disappearance of a mad scientist in a haunted house / A group of youthful troublemakers set out to ruin the first day of school for a new teacher. 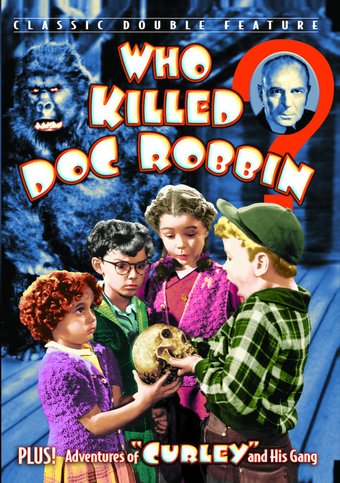 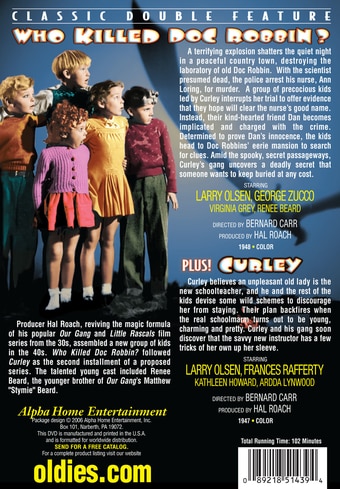 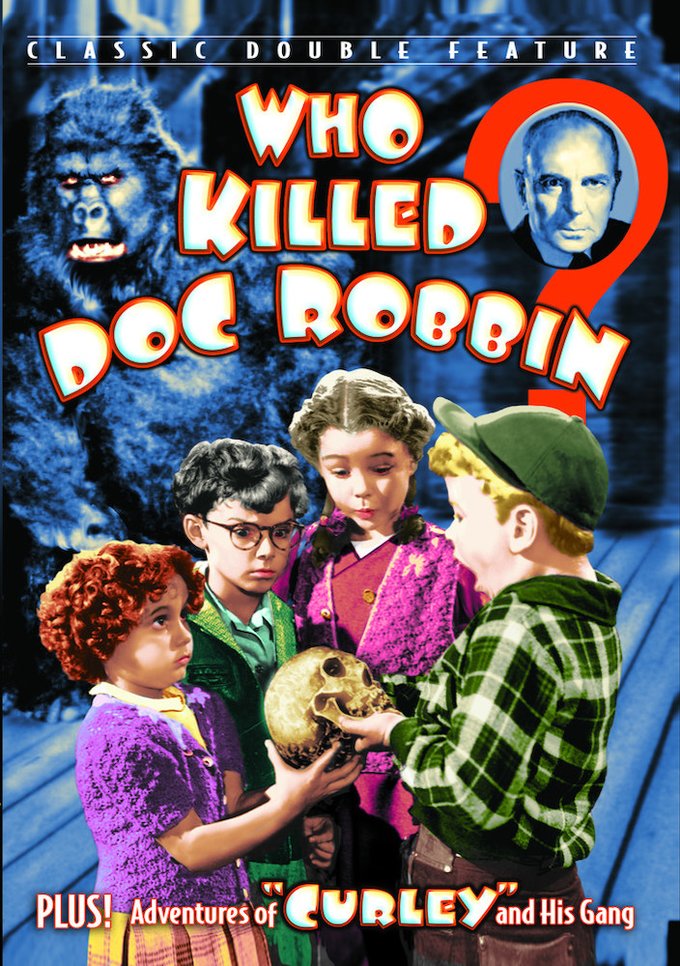 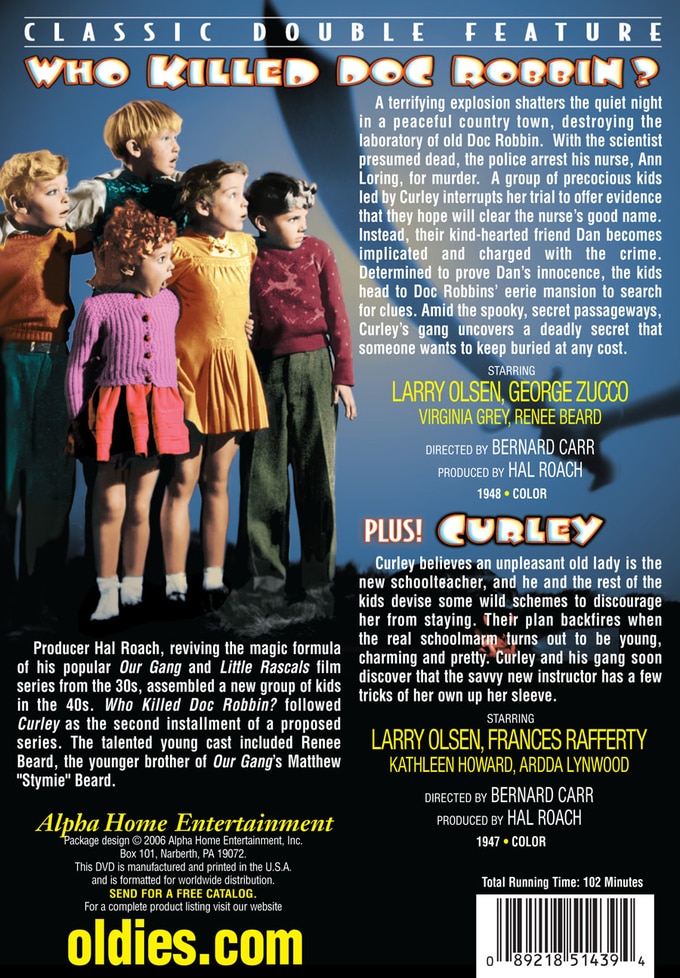 Who Killed Doc Robbin? (1948, Color): A terrifying explosion shatters the quiet night in a peaceful country town, destroying the laboratory of old Doc Robbin. With the scientist presumed dead, the police arrest his nurse, Ann Loring, for murder. A group of precocious kids led by Curley interrupts her trial to offer evidence that they hope will clear the nurse's good name. Instead, their kind-hearted friend Dan becomes implicated and charged with the crime. Determined to prove Dan's innocence, the kids head to Doc Robbins' eerie mansion to search for clues. Amid the spooky, secret passageways, Curley's gang uncovers a deadly secret that someone wants to keep buried at any cost. Starring Larry Olsen, George Zucco, Virginia Grey and Renee Beard; Directed by Bernard Carr; Produced by Hal Roach.

Curley (1947, Color): Curley believes an unpleasant old lady is the new schoolteacher, and he and the rest of the kids devise some wild schemes to discourage her from staying. Their plan backfires when the real schoolmarm turns out to be young, charming and pretty. Curley and his gang soon discover that the savvy new instructor has a few tricks of her own up her sleeve. Starring Larry Olsen, Frances Rafferty, Kathleen Howard, Ardda Lynwood; Directed by Bernard Carr; Produced by Hal Roach.